Sales of two drugs routinely fed to chickens for decades have been suspended in Canada after tests showed the birds contained small amounts of inorganic arsenic, a carcinogen.

Health Canada says there are no immediate risks to public health. But consumer advocates say the findings provide evidence that many of the drugs given to animals could be unsafe and that more action is needed to protect the public – particularly since similar drugs remain on the market.

The drugs, 3-Nitro-20 and Super Nitro-12, also known as roxarsone, and have been added to animal feed for years in order to combat parasites, as well as improve weight gain, feed efficiency and help give meat a pink colour. The drugs are sold by Alpharma Canada, a subsidiary of Pfizer, and Dominion Veterinary Laboratories.

The drugs contain organic arsenic, which is much less toxic than inorganic arsenic. As a result, it was believed animals given the drug would pose no danger to humans.

But mounting evidence in recent years suggests organic arsenic can change into inorganic arsenic, raising fears it could remain in the tissue and cause potential harm to humans.

The U.S. Food and Drug Administration conducted tests of 100 chickens that were fed either medicated feed containing roxarsone or an untreated feed. The testing found the livers of chickens that ingested the drug had higher levels of inorganic arsenic than those not given the drug. Sales of roxarsone in the U.S. were suspended earlier this summer. In Canada, the suspension took effect Aug. 8.

Technical limitations meant researchers couldn't measure the inorganic arsenic present in chicken muscle. But they measured the total presence of arsenic in the muscle and found it was lower than the total arsenic detected in the chicken livers.

The FDA noted that other arsenic-containing drugs are approved for use in animal feed, but they believe only one, nitarsone, is currently being marketed.

Public health officials in Canada and the U.S. stress the findings don't put consumers in harm's way and that people who have consumed chicken that may have been treated with roxarsone don't need to worry.

"This is a precautionary measure to remove any avoidable exposure to very low levels of inorganic arsenic in chickens treated with roxarsone," Health Canada said in an advisory about the decision to suspend sales of the drugs.

Marike Dussault, director of regulatory affairs at Pfizer Canada, said the company is continuing to examine the data to ensure exposure to inorganic arsenic is not a health concern. The aim is to get the product back on the market, she said.

Lloyd Weber, an Ontario poultry veterinarian and farmer said the health concerns stemming from roxarsone are minimal, but because consumers may perceive a threat, the industry must respond to assure them chicken is safe.

However, consumer groups continue to express concern over drugs such as roxarsone.

Washington, D.C.-based Food & Water Watch has highlighted the fact roxarsone is banned in Europe. The group is pushing U.S. authorities to establish stricter limits for arsenic residues in chicken and ensure better screening mechanisms to check for potentially dangerous levels of arsenic.

Michael McBane, national coordinator of the Canadian Health Coalition, a public advocacy group, said this incident illustrates that there are too many potentially dangerous drugs on the market and not enough oversight from bodies such as Health Canada, which seem to react only after the U.S. FDA has taken action. 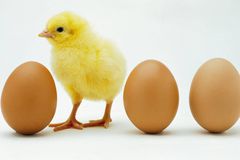