In the early 1980s, when the AIDS epidemic first hit, those whose immune systems were ravaged by the strange new disease lived, on average, about six months.

Today, a 25-year-old man infected by what we now know to be the human immunodeficiency virus can expect to live an additional 53 years, a woman 58 years – an almost normal life expectancy.

And, for the first time, the annual number of AIDS deaths is falling. So too is the number of newly infected.

Prevention initiatives in bath houses and the community at large began, and advocacy for safer sex, human-rights protections and demands for treatment built up over time. Science also happened, in a relentless manner that is not always appreciated.

The virus, HIV, was identified in 1984. The first drug treatment, AZT (zidovudine), arrived in 1987, then two-drug therapy in 1994, and game-changing antiretroviral cocktails in 1996.

Antiretroviral therapy was a dramatic breakthrough, to the point where scientists began to cautiously whisper of a "cure." Now, though, the whisper is becoming an open conversation, though no one yet dares shout "cure" because it's not quite the right word.

True, there are several promising developments, new weapons to help control the pandemic, which were highlighted at the 19th International AIDS in Washington last week.

There was, of course, much discussion of the Berlin Patient. Timothy Ray Brown is the first – and to date only – person who has been cured of AIDS.

What happened is that he developed leukemia and, as part of the treatment, was transplanted with bone marrow. This marrow came from a donor with a genetic mutation – CCR5-Delta32 – that makes it virtually impossible for HIV to bind to cells.

After his treatment, Mr. Brown no longer had detectable levels of HIV in his body. He has also not taken antiretrovirals for five years. So he appears to be cured. Mr. Brown's amazing story opens the possibility of developing a vaccine based on the CCR5-Delta32 mutation, though that is still in the dreaming stage.

At the conference, scientists reported on two more men in Boston who had a similar experience: They were HIV-positive and, after receiving bone marrow transplants for leukemia, they no longer had detectable levels of the virus. But two things distinguish them from Mr. Brown: Their marrow does not have the genetic mutation and they have not stopped taking antiretrovirals.

If they do, what will happen? No one really knows. So they are sort-of-cured.

What is clear, though, is that treating HIV-infected patients with bone marrow transplants is not a practical solution. It's expensive, it's brutal and, if they don't have leukemia, it's probably not ethical.

More interesting still is another study of 14 patients in France. This small group of men and women all started drug treatment almost immediately after being infected, when levels of the virus were still very low. (Normally, treatment is only initiated when CD4 counts – a measure of the immune system waning – hit a certain level, but that threshold is coming down, for reasons that will soon become obvious.)

The French patients all took antiretrovirals for at least three years and levels of virus were undetectable in their blood. Then they stopped. Remarkably, their levels stayed down.

This group is being described as being "functionally cured." It has been known for a while that there are some HIV-infected patients who are "super-controllers," meaning that the virus doesn't really spread in their bodies and they remain healthy without drugs. What the Paris research shows, though, is that this super-controller status may be able to be induced with early treatment.

That, unlike bone marrow transplant, is doable and affordable.

In fact, it is a natural extension of the philosophy known as "treatment as prevention." The approach, pioneered by the B.C. Centre for Excellence in HIV/AIDS, holds that by treating the HIV-infected early and aggressively you not only keep them healthier but prevent them from spreading the disease.

If you can keep the HIV-positive from infecting others – with antiretrovirals, with condom use, with circumcision and other prevention measures – you go a long way toward reining in the epidemic.

Ideally, you would like a vaccine too (but, realistically, that's a long way off) to stop new infections, along with a simple and effective treatment for the 34 million infected.

A tall order. But the message that emerged at last week's AIDS conference is that a lot of progress is being made, at least on the science side of the equation.

Scientists tend to shy away from "cure" because it is a loaded term. With HIV/AIDS, we have to be careful to use the term cautiously, but appropriately.

On an individual level, there is no pill that can be given to make the virus disappear. But there is a cocktail of pills that can suppress it and stave off damage, often for decades. What we have today is an ability to control, not cure, HIV in individuals.

On a global scale, we often use the word "cure" as meaning eradication, making a pathogen disappear from circulation, as we have done with smallpox.

That's not going to happen with AIDS, at least not for a couple of generations. But we are finally taking some control over an out-of-control epidemic.

That is the first tiny step toward a cure, a beginning of the end. 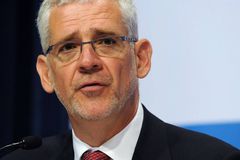 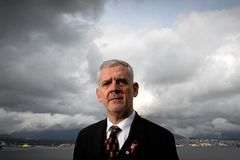 Let's work together to wipe out AIDS for good
December 1, 2011 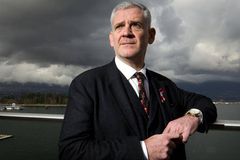 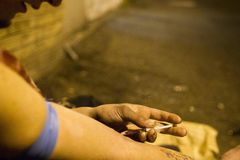