David Geneen suffers from a rare blood disorder that, without treatment, will result in deadly leukemia.

So he decided to throw a party. "It was a festive and warm affair, a great success," said Mr. Geneen, a retired luxury-car dealer.

But it was no ordinary party.

More than 700 friends and strangers recently showed up at Holy Blossom Temple in downtown Toronto on a Sunday afternoon, and almost everyone aged 17 to 50 – a total of 428 people – underwent a CSI-like swab.

That's because Mr. Geneen, 64, has exhausted drug treatments and now needs a transplant of stem cells – which are be harvested from blood or bone marrow, and have to be a perfect match. The partygoers who underwent a cheek swab were, in fact, joining OneMatch, a registry for unrelated stem-cell and bone-marrow donors.

There are now almost 320,000 Canadians who have signed up with OneMatch. The number has exploded in recent years, thanks to community-based activities and the ability to order swab kits online, both driven by creative use of social media. While the stem-cell and marrow registry has been around since 1988, it was rebranded OneMatch in 2007 and only started actively soliciting donations in the last couple of years, after pressure from families.

The Facebook page David Geneen Bone Marrow Drive, caught the eye of Daniel Zuckerman so the 17-year-old offered up his band to provide entertainment at the party. Then, he and the other members of Truthful Lies got swabbed, a quick and painless swipe with a Q-Tip along the inside of the cheek.

"I never heard about this kind of donation before but it's a cool concept," he said. His data will now go into a OneMatch registry and be part of a network of databanks that include 18 million people in 44 countries worldwide.

Massive numbers like that are required because stem-cell matches are determined according to DNA markers on white blood cells called human leucocyte antigens. There are 10 HLAs and, ideally, all 10 should match for the donor and recipient to minimize the risk of a transplant being rejected.

"It's like trying to find someone with the same fingerprint as you," said John Bromley, national public-affairs manager at OneMatch. "It's the proverbial search for a needle in a haystack."

At any given time, about 900 Canadians are awaiting a stem-cell transplant. Only about one-third of them will manage to find a match.

One child who defied the odds is 22-month-old Reese Hawkins, who suffers from a form of leukemia. The family of the Pictou, N.S., girl learned just last month that OneMatch had located a donor. In fact, they found three potential donors – two live donors abroad, and one donor to a cord blood bank.

Reese is now at the Hospital for Sick Children in Toronto, where chemotherapy began yesterday, and a stem-cell transplant is scheduled for April 12. She then must remain as an outpatient for 100 days – likely in Halifax – to deal with complications and ensure the stem cells are engrafted.

Kora Hanrahan, Reese's mother, said they are overwhelmed but overjoyed at the prospect of a life-saving transplant.

"All I know is that a mom made a decision to donate her baby girl's umbilical cord and that's going to save my girl's life," Ms. Hanrahan said.

"Reese's donor will never ever get to know what they've done for us but we owe that person everything."

If the odds weren't astronomical enough already, matches rarely occur outside racial groups because each ethnicity has inherited haplotypes, a combination of DNA and location on chromosomes. In the United States, the odds are 1 in 20,000 to 1 in 100,000 for a match from a stranger and significantly higher for ethnic minorities. Practically, in a multicultural country like Canada, that means the need to build a stem-cell bank collected from members of numerous ethnic groups.

"Our main thrust is diversity," Mr. Bromley said, noting that currently, 76 per cent of the registrants in the database are Caucasian.

But other initiatives like South Asians for Life and the Other Half Chinese Stem Cell Initiative have sprung up and recruited potential donors on a large scale.

The latter conducted drives last Saturday in Vancouver, Calgary, Toronto and Montreal and netted 4,616 new potential donors. Susan Go, co-founder of the Other Half, noted that of the 966 Canadians waiting for stem-cell transplants, 32 are of Chinese background.

When someone needs stem cells, their first best hope for a match is immediate family members. Still, fewer than 25 per cent find a match.

Candace Weimer, 38, of Green Lake, B.C., was a lucky one – if you dare describe her ordeal as lucky. In the spring of 2005, the super-fit personal trainer was feeling increasingly rundown and frustrated by the changes in her body. "I looked like a chicken hawk: I had skinny legs and a big abdomen," she said with a laugh.

Tests revealed that she had myelofibrosis, a disorder where the body slowly destroys its bone marrow.

Her brother was a match so he became the donor. The process was easy: He underwent apheresis, a process that is similar to giving blood, except that blood is drawn, the stem-cell-rich white cells are extracted and the red cells and platelets are returned to the body. "It wasn't a big deal. He sat in a chair for two hours, they drew some blood and he saved my life," Ms. Weimer said.

Receiving a stem-cell transplant, however, is a much more taxing ordeal. First, it is necessary to shut down the body's immune system so the body will not reject the foreign substance, stem cells. That is done with chemotherapy, which Ms. Weimer described thus: "They chemo you to the brink of death." Then the patient's immune system is suppressed with drugs for 100 days until the stem cells take and the immune system is rebuilt, cancer-free.

Like most stem-cell recipients, she experienced a host of complications. Infection twice brought her to the brink of death. Bacteria lurking in her knee caused a blood infection that was almost fatal; another infection brought her to the brink of death a second time. The medications she required, such as steroids, also destroyed the bone in her hip (necessitating a hip replacement), and has caused permanent damage to an eye.

"Was it all worth it? Oh God, yes," Ms. Weimer said. "That was the best-case scenario. Without the transplant, I was dead."

Editor's Note: The original version of this article incorrectly defined apheresis. This version has been corrected.

Q&A with Andre Picard: How stem-cell donation is saving lives
May 9, 2018 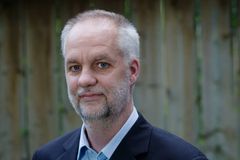 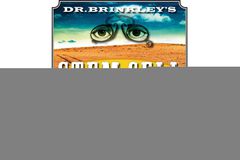 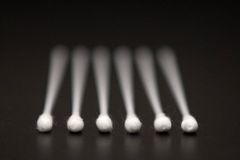 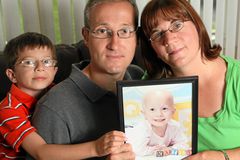 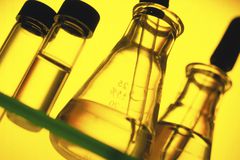 Website launch gives stem-cell research a boost
April 29, 2018
Follow André Picard on Twitter @picardonhealth
Report an error Editorial code of conduct
Due to technical reasons, we have temporarily removed commenting from our articles. We hope to have this fixed soon. Thank you for your patience. If you are looking to give feedback on our new site, please send it along to feedback@globeandmail.com. If you want to write a letter to the editor, please forward to letters@globeandmail.com.
Comments