When Hakan Alfredson, an orthopedic surgeon and professor of sports medicine in Sweden, developed painful Achilles tendon problems in the mid-1990s, he asked his boss to book him in for surgery. His boss refused, because the problem wasn't yet serious enough and the clinic couldn't afford to have Dr. Alfredson off on sick leave.

Frustrated, Dr. Alfredson decided to deliberately aggravate the injury with a series of painful exercises. But to his surprise, instead of getting worse, his injury disappeared.

Those painful exercises – the "Alfredson protocol" – are now considered the most effective first line of treatment for patients with Achilles tendinopathy, as a long-term study in this month's British Journal of Sports Medicine confirms. The next challenge: convincing patients to trust that the painful and unconventional treatment really will work – if they stick with it long enough.

"One of the problems is that a lot of patients abandon the program early, without being consistent," says Karim Khan, the editor-in-chief of the BJSM and a professor in the department of family practice and school of kinesiology at the University of British Columbia. "And I think the challenge is that they don't understand how the exercise is supposed to work."

The Achilles tendon connects the calf muscles to the heel bone. Pain and thickening of the tendon – now referred to as tendinopathy rather than tendinosis, since it doesn't usually involve inflammation – afflicts about half of recreational runners during their lifetime, and can also be associated with other factors such as wearing high heels.

The Alfredson protocol relies on "heel drops," repeated 180 times a day for 12 weeks. Standing on tip-toe, you slowly lower your heel to below the level of a step or ledge, then use the other foot (or your arms on a railing) to raise yourself back to the starting position. Since the calf muscles are lengthening while you try to contract them, this is considered eccentric (as opposed to concentric) exercise.

The new study, by researchers at the Hague Medical Centre in the Netherlands, tracked down 58 patients from an earlier study to find out how their Achilles tendons were faring five years after being prescribed the Alfredson protocol. The findings were generally encouraging: The average score on a 100-point scale of Achilles tendon function had increased to 83.6 from 49.2, and about 40 per cent of patients were totally pain-free. Still, almost half the patients had tried other treatments in search of relief.

Most patients assume that the heel drops are intended to strengthen the calf muscles. But that's not the point, Dr. Khan says; the movements are designed to physically stimulate the cells in the tendon as they move relative to each other, causing the cells to initiate tissue repair processes like the production of growth factors.

"Patients don't initially understand that; they think it's for strengthening," he says. "But it's not – we're using movement as a repair method."

This general process, in which physical forces such as tension, compression and sheer stress act on cells to stimulate chemical responses, is known as "mechanotherapy." Dr. Khan believes that, once patients understand this mechanism, they will be more willing to stick with the rehab program even though it will initially seem as though the tendon is getting worse.

In fact, pain is an essential part of the protocol, according to Dr. Alfredson. Once you can do the heel drops without pain, he recommends wearing a backpack with gradually increasing weight to keep it uncomfortable. Though the protocol nominally lasts for 12 weeks, it often takes nine months to a year to achieve full recovery, Dr. Khan says.

The precise details of the protocol are still being refined. It appears that eccentric exercise (heel drops) stimulates the tendon cells more effectively than concentric exercise (heel raises), but some therapists use both. For patients with problems at the bottom of the Achilles tendon, where it attaches to the heel, Dr. Alfredson has found that lowering the heel below the level of the step aggravates the tendon, so for these patients he recommended sticking to heel drops on a flat surface.

The new Dutch study makes it clear that none of this amounts to a panacea. But it also shows that, for most people, Achilles problems aren't a life sentence. Like Dr. Alfredson, you have a good chance of avoiding the surgeon's knife – but you have to suffer in the process.

Heel drops are the first line of defence against a sore Achilles tendon, says UBC professor Karim Khan. Here are some of the other options available:

Orthotics: Though evidence from randomized trials is lacking, many clinicians see good results from custom orthotics when a specific biomechanical misalignment can be identified.

Cortisone shots: Terrible idea. You get short-term pain relief in exchange for long-term degeneration of the tendon.

Platelet-rich plasma (PRP): Wildly popular, but "for Achilles, there's been nothing to suggest PRP should work or does work," Dr. Khan says.

Shockwave therapy: Too early to tell. A review last year in the Canadian Medical Association Journal found the evidence inconclusive for the therapy's benefits for Achilles tendons. Worth considering if heel drops and orthotics fail. 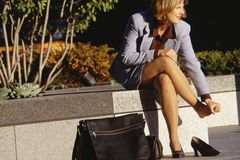 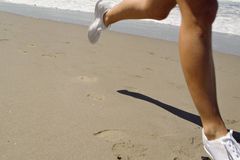 EXPLAINER
Alex Trebek's ruptured Achilles: what, how and why?
August 1, 2011
Follow Alex Hutchinson on Twitter @sweatscience
Report an error Editorial code of conduct
Due to technical reasons, we have temporarily removed commenting from our articles. We hope to have this fixed soon. Thank you for your patience. If you are looking to give feedback on our new site, please send it along to feedback@globeandmail.com. If you want to write a letter to the editor, please forward to letters@globeandmail.com.
Comments