The death of a 35-year-old Quebec woman should serve as a warning to Canadians that just because a spa service is offered "doesn't mean its safe," says a professor of emergency medicine.

Unlike medical treatments, which can only be done to patients once tested and proven effective, there is no similar rigour with spa services, making them a case of buyer beware, said Louis Francescutti, a University of Alberta professor of emergency medicine and public health.

"Most Canadians believe that if it's offered, then someone must have looked into it," Dr. Francescutti said in a telephone interview from Edmonton. "This should send a warning bell to Canadians that we need to expect our governments to be more vigilant with what goes on in these places."

He said spas - there are an estimated 4,000 of them in Canada - should require some form of regulation, a point made even more poignant given the death Friday of Chantal Lavigne, who took part in a lengthy detoxification session with about nine others at a spa in Quebec's Eastern Townships.

Ms. Lavigne, from Saint-Albert, about 150 kilometres northeast of Montreal, was rushed to a Drummondville hospital early Friday morning, after having been covered in mud and wrapped in plastic for a prolonged period. She later died in hospital. Ms. Lavigne's family declined comment.

A second woman, who had the same treatment, was also taken to hospital but "didn't suffer any major health problems," according to Sûreté du Québec spokesperson Daniel Thibaudeau.

Reached by telephone on Sunday, Daïva Goulet, who runs the Reine de la Paix spa, where the women received the detoxification treatment, said she felt badly for the families involved and that the truth will come out in due course. She declined to elaborate, except to say the "reports they've made on me and on what I'm doing, there are some lies."

While an autopsy is being conducted on Ms. Lavigne, there are questions about the safety measures taken and whether spa workers were properly trained to take appropriate health histories and to recognize signs of distress.

Dr. Francescutti did not want to speculate on Ms. Lavigne's cause of death. He did say, however, that if something interferes with the body's ability to self-regulate heat, the body's core can overheat, which can lead to heat stroke.

"The body has pretty good defence mechanisms," he said. "But if you put something in play that screws the body up, then the body isn't going to know how to respond to it."

The person would not die immediately and would have symptoms including headache and nausea.

"Are these people trained to know what to look for in terms of vital signs," he asked. "Do they take an adequate history? And what are their procedures in an event something goes wrong?"

Any therapy that could potentially put a person at risk should be avoided. Dr. Francescutti even had his own example where he once treated a patient in emergency who had sustained ill effects due to a coffee enema.

Currently, there is no national system of standards or regulations for spas, but Lucie Brosseau, president and chief executive officer of Alliance Spas Relais Santé, said there is a voluntary accreditation process in Quebec.

That process is new - it was launched in December - and so far only 23 out of about 200 spas in Quebec have met the group's standards. They include that personnel are trained, sheets are changed between massage therapies and water quality is tested.

"We have to make sure what is out of there for the consumer is of quality," Ms. Brosseau said. 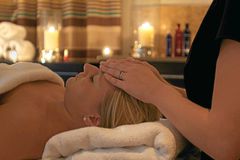 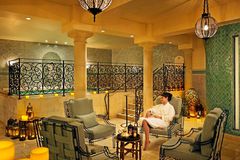 Health authority orders end to fish nibbling at Vancouver Island spa
July 15, 2011
Need a break in Bangkok? This spa is your stop
July 10, 2011 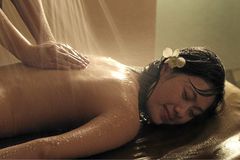