Shopping for a healthy spread has become complicated. It's no longer a simple choice between salted and unsalted butter or soft and hard margarine.

If you prefer margarine, be prepared to spend some time browsing the grocery-store spread case. Once you narrow down your choice to margarine made with olive, canola, sunflower or soy oil, you're left to decide among spreads that are calorie-reduced, fat-reduced, salt-free, lactose-free, vegan or fortified with omega-3s or plant sterols.

The first decision, of course, is whether to use butter or margarine. For many, the choice boils down to taste preference, the type of fat used and the degree of processing.

Good fats aside, not all margarines are heart-healthy. Some are made with partly hydrogenated vegetable oils, a source of trans fat. Like saturated fat, a steady intake of trans fat increases LDL cholesterol. Worse, trans fat can also lower HDL (good) cholesterol, the type that protects against heart disease.

In general, the more solid a margarine, the more trans fat it contains. For example, Loblaw No Name 100 per cent canola/soybean oil margarine contains two grams of trans fat per two teaspoons.

To put these numbers in perspective, the World Health Organization recommends that we should consume less than 1 per cent of our daily calories from trans fats. For a 2,000-calorie diet, that means less than 5 grams of trans fat per day.

Some manufacturers have reformulated hard margarines to reduce trans-fat content. Imperial hard margarine has only 0.1 gram of trans fat per two teaspoons. However, this comes at the expense of increasing its saturated fat content by adding palm and palm kernel oils. Two teaspoons delivers 3.5 grams of saturated fat. Soft margarines, on the other hand, contain zero to two grams per serving.

The vast majority of soft, spreadable margarines sold in Canada are trans-fat-free.

Butter is made from animal fat and is a concentrated source of saturated fat – five grams per two teaspoon serving versus two grams or less found in most margarines. (The small amount of trans fat in butter – 0.2 grams per two teaspoons – is naturally occurring. Unlike industry-produced trans fats, naturally occurring trans fats are not considered harmful.) Even if you do have high blood cholesterol, you can still use butter sparingly if you prefer its taste. Just make sure your overall intake of saturated fat is low and you include a good source of soluble fibre in your daily diet. Soluble fibre found in oats, oat bran and psyllium-enriched breakfast cereals helps to reduce LDL cholesterol.

There's another reason some people choose butter over margarine: its scant ingredient list. Made from only cream and sometimes salt, butter lacks the numerous additives used to create margarine. That's appealing to people looking for food products with as few ingredients as possible.

Prefer margarine? Look for one that's non-hydrogenated (e.g. trans-fat-free) and contains as little saturated fat as possible, ideally no more than one gram per two-teaspoon serving.

Of course, you don't have to use either. The healthiest option may be to use monounsaturated fat instead – extra virgin olive oil for dipping bread, avocado or nut butters in toast and sandwiches, and peanut or canola oil for cooking.

Regardless which type of fat you choose, don't overdo it. Whether it's a tablespoon of butter, margarine or olive oil, each delivers roughly 100 calories and 12 grams of fat.

Making sense of the margarine case

If you use margarine, look for one that is non-hydrogenated and contains no more than one gram of saturated fat per two-teaspoon serving. With so many products to choose from, here's what you need to know to select the one that's right for your diet:

Margarines labelled "light" list water instead of oil as the first ingredient, cutting calories and fat by one-half. Most brands have 35 calories and four grams of fat per two teaspoons.

These products do not contain modified milk ingredients or whey protein. They're suitable for individuals who can't digest lactose, the naturally occurring sugar in milk.

Made without added salt, these products are sodium-free. Most regular margarines have 60 to 70 milligrams of sodium per two teaspoons.

You'll see "source of omega-3s" stamped on many tubs of margarine. There is good evidence that omega-3s from fish oil (DHA and EPA) may guard against heart disease. But the evidence is less compelling for the type of omega-3s in canola, soybean and flax oils (ALA), which is found in most margarines.

Made with olive oil

These products offer a little taste of olive oil, but not the health benefits attributed to it.

President's Choice Blue Menu Celeb and Becel's pro.activ are fortified with plant sterols, natural compounds that, when consumed in sufficient amounts, can lower LDL cholesterol by up to 15 per cent.

Based on the evidence, an intake of two to three grams of plant sterols daily is needed to lower LDL cholesterol. To get two grams per day, you'll need five teaspoons of plant-sterol-fortified margarine.

Becel's vegan margarine is free of milk ingredients and made with vegetable colouring. It's also lactose-free. In terms of its calorie and fat content, it's the same as the original version. 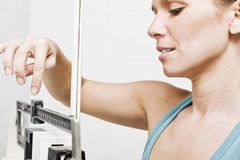 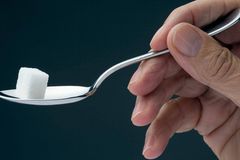