Canada Day 2010 is a bittersweet occasion for victims of the tainted blood tragedy: The final deadline to apply for compensation is midnight Wednesday and, despite some $2.7-billion invested in making amends, there are growing fears the money is running out.

"I think there is a moral obligation to make sure everyone is compensated," said Trevor Breslin, a claimant from Burlington, Ont.

His father, Bob Green, contracted hepatitis C from a blood transfusion he received while undergoing dialysis in 1985 and died in 1992. The family, after a ponderous process, was awarded nearly half a million dollars under the terms of a class-action settlement, but has received only $125,000.

"They told us that the fund is nearly exhausted," Mr. Breslin said. "This is quite shocking."

Peter Roy, a lawyer involved in the class action by those infected by hepatitis C prior to 1986 and after 1990, said there was $1-billion in the fund at the outset and there is about $250-million left. To date, more than 11,000 claimants have been paid and some 3,500 claims are outstanding.

The problem of money being held back, he said, is largely a technical one: Monies were set aside to compensate for pain and suffering and for loss of income, and the latter portion is running low. Money cannot be shifted around without an actuarial analysis and the approval of the courts.

"I believe this is going to get fixed; everybody will be compensated," Mr. Roy said.

A high-profile public inquiry revealed that many of those infections were due to bureaucratic bungling and foot-dragging, and the failure to take the threat of contaminated blood seriously.

Over the years, governments, the Red Cross (which used to collect and distribute blood) and insurance companies have created a number of compensation programs and settled class-action lawsuits in a bid to make amends.

But it has been a long, drawn-out and expensive affair.

The largest fund, $1.2-billion, was set aside to compensate those who contracted hepatitis C between 1986 and 1990. (In that period, a test was available to screen blood for the deadly virus but it was not used.)

Harvey Strosberg, one of the lawyers overseeing the fund, said there have been more than 12,600 claimants paid to date, and there are nearly 600 claims outstanding, but "there is no danger of running out of money."

In fact, he said, "this is one of the great success stories of class actions … it worked out better than anyone every imagined." One of the unique features is that claimants can apply for more money as they get sicker; this is important for a degenerative illness like hepatitis C.

The first compensation program, created in 1989, was markedly different: It assumed that everyone who contracted HIV/AIDS from tainted blood would be dead within four years. They were given a lump-sum payment of $120,000, a program that Ottawa announced on Christmas Eve to ensure it would get no media attention.

That first compensation plan, called the Extraordinary Assistance Program, cost $150-million. There were just over 1,200 claimants.

A few years later, it was expanded and renamed the Multi-Provincial-Territorial Assistance Plan (MPTAP). Hemophiliacs and transfusion recipients who contracted HIV/AIDS from bad blood were awarded $30,000 a year for life, indexed to inflation. (The current annual payment is nearly $41,000.) Spouses and children who were infected by the recipient of tainted blood were also eligible for smaller payments.

About 1,050 people have benefited from that program, which has cost the provinces and territories close to $260-million.

"These compensation programs allowed people to live their lives with some dignity," said David Page, executive director of the Canadian Hemophilia Society. "But I don't think we can ever talk about lives and dollars in the same breath. We can never adequately compensate for tainted blood."

Woman still fighting for compensation for family after 25 years
June 29, 2010 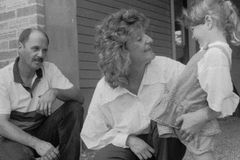 From the archives: New blood system must be set up to ensure fatal errors are not repeated, report urges
January 10, 2019
Court asked to weigh gay rights and blood policy
June 15, 2010 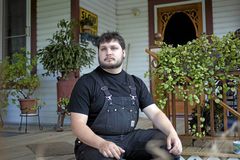