Three years ago, Margaret Keene was in poor shape. She admits it. She was overweight, was visiting a physiotherapist for lower back problems and her arthritis was getting worse.

Then, on vacation in Bermuda, Ms. Keene met a German man demonstrating a new kind of exercising called Nordic pole walking. Today, the retired 62-year-old grandmother is more than 13 kilograms lighter, her back feels great and the arthritis isn't nearly as much trouble as it once was.

"I've never been an athlete," says Ms. Keene, who lives in Toronto and heads out pole walking five or six times a week. "I've always enjoyed walking but now, using the poles, I really get a workout. I'm in good shape. My doctor is impressed."

Created in Finland in the early 1990s as a way for elite cross-country skiers to train during the summer months, pole walking is a simple, low-impact form of exercise that involves walking with a pair of customized ski poles. The poles are shortened and have removable rubber stoppers on the tips so they can be used on any kind of surface.

The activity exploded across Europe in the 1990s and has grown to the point where today more than 20 per cent of Finns and about 10-15 million Germans regularly pole walk. And it is now making its way into North America, in large part thanks to Dr. Klaus Schwanbeck, the German man who introduced the activity to Ms. Keene in Bermuda.

Anyone who suffers from diabetes, who's overweight or has high blood pressure and has been encouraged by their physician to exercise, improves at much faster rates pole walking than by simple walking, says Dr. Schwanbeck.

The logic is simple. Normal walking utilizes muscles in the lower half of the body while pole walking is a whole-body activity that uses muscles in the back, arms, shoulders and neck. The benefit are equally easy to understand, explains Dr. Schwanbeck.

"The more muscles you work out, the more calories you burn; the more blood sugar you burn down; the more your metabolism is enhanced by using the poles."

Numerous clinical studies are beginning to show vast benefits of pole walking, especially among seniors. While using polls contributes to faster weight loss, increased heart and cardiovascular health, even better posture, the activity is also of benefit for people recovering from knee or hip surgery.

"Biomechanical studies show the poles take off load from your knee and hip joints," says Dr. Schwanbeck. "You have up to 30 per cent less impact on knee joints and hips when you walk with poles."

The health benefits of pole walking are so persuasive, in fact, hospitals, associations and even some countries are actively encouraging its adoption.

Toronto's Sunnybrook hospital has implemented a pole walking workplace program for their 10,000 employees, the Peterborough chapter of the Canadian Association of Retired Persons has endorsed and encourages the activity and in Germany, the country's health insurance companies subsidize pole walking courses and equipment to the tune of between 80 and 100 per cent.

The pace in which pole walking is growing in Canada is picking up. Mandy Shintani, co-owner of Vancouver-based Urban Poling Inc. and a long-time occupational therapist with a focus on healthy aging trends, recognized nearly a decade ago the value of pole walking. Introduced to it by a Swedish neighbour, Ms. Shintani launched Urban Poling in 2003. The company today has developed a national retail distribution network in more than 250 stores and has certified more than 1,000 instructors across the country who preach the benefits of pole walking.

"There's something about using the poles," said Ms. Shintani. "People are very curious about it. When you use poles, for some reason it motivates people to walk further, faster and more frequently."

It's also a great social activity, said Ms. Keene, who says she likes to walk with friends. "You're not out of breath. You can talk and solve problems while you walk."

Of course, there's the stigma of being seen strolling down the sidewalk with a pair of ski poles, something Ms. Keene still laughs about.

"People will still ask where my skis are [or]when's it going to snow?" she said. "A friend asked, 'Do you realize how ridiculous you look?' and I thought, 'Yeah, but I feel better.' I've lost weight, I am so much stronger, healthier and happier. Life is wonderful and I love my poles."

Editor's note: A former version of this article identified Klaus Schwanbeck as a medical doctor. His PhD is not in medicine. This is a corrected version.

You can exercise around nagging injuries
June 8, 2011 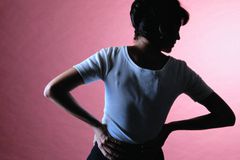 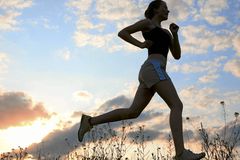