Commercial tests that claim to determine whether a person has food allergies, sensitivities or an inability to tolerate certain foods are a waste of money, warns a Toronto allergy specialist, who wrote about the issue in this week's Canadian Medical Association Journal.

Elana Lavine said she's seeing a stream of people who have undergone the testing or have had it done on their children in the belief that a food allergy might explain other complaints or ailments. The tests are sometimes done in consultation with complementary medicine practitioners (such as naturopaths), she said.

Dr. Lavine said she hasn't been keeping records, but probably sees a couple of patients a month who want help interpreting the findings of the tests.

"I no longer have any preconceptions about the 'type of person' who would fall for this testing because of what I've seen in my community practice," said Dr. Lavine, an allergist who splits her time between a private practice and the pediatrics department of Humber River Regional Hospital.

"I have seen well-intentioned, educated, aware people from all walks of life, all levels of education somehow be brought to a mindset where they feel like this test might be the answer."

"For whatever reason, they're drawn to do a test that seems to promise to unlock secrets and to reveal to them what secret food allergies they have. So I think it's a very appealing concept – but a totally incorrect one," she said.

The tests, which can cost hundreds of dollars, look for an antibody reaction to a whole range of foods. And when they find a response with an antibody known as immunoglobulin G, or IgG, they characterize that result as unhealthy, suggesting the existence of either a food allergy, an intolerance or a food "sensitivity."

But Dr. Lavine said that is a misreading of what an IgG reaction means. Science isn't 100 per cent sure what an IgG response actually signifies, she said, but it is thought to mean that a person has already encountered the proteins in that particular food and may even have developed a tolerance for them.

Recent position papers from European and U.S. allergy and immunology societies have also emphasized that tests looking at IgG or IgG4 antibodies are not appropriate for making a diagnosis of food allergy, she wrote in the journal.

Dr. Lavine noted that people who have undergone the testing may receive a multipage report that itemizes problem foods in unusual detail. A person might be told they have a sensitivity to cheddar cheese, cottage cheese and other cheese products.

Dr. Lavine said that type of assessment is "inconsistent" with the understanding of food allergy, which identifies potential allergy-inducing components in dairy products, but would not list individual types of cheeses in this way. And some foods listed are actually rarely documented as allergens, such as sugar and yeast.

She also added there is no definition for a food "sensitivity."

Taking blood samples and testing them against a large array of food proteins isn't the way food allergies are diagnosed, Dr. Lavine said.

Instead, a patient with a suspected food allergy – say someone who has developed hives or experienced difficulty swallowing or breathing after eating a particular food – would be referred by a primary-care doctor to an allergy specialist.

The allergy specialist would take a history and do a skin test, pricking the skin with a needle that had been dipped in an extract of the suspected allergen to see if a reaction – redness, itching or swelling – ensued.

Those appointments are covered by medicare, Dr. Lavine said.

Sometimes allergists also order blood tests for specific allergens, which are not covered by medicare. Those blood tests look for a response involving a different antibody – IgE – to a specific food or a small number of foods and cost in the $20 to $40 range per test, she said.

Dr. Lavine said she finds it particularly upsetting when she encounters a family with children grappling with the results of these tests.

"In my practice, that's what's concerned me the most – seeing kids put onto restricted diets because of the results of these tests."

Are most people who say they have food allergies just picky eaters?
January 29, 2012
When should I start testing my kids for allergies?
January 26, 2012 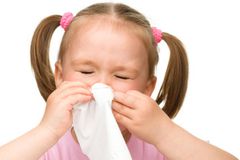 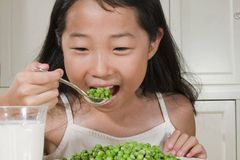 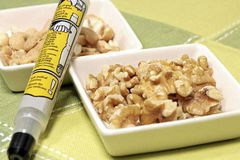