There has been much talk of late about the potential cancer risks posed by the radiation emitted from cellphones.

Yet there is this big electromagnetic radiation transmitter in the sky called the sun whose risks we tend to ignore.

The theoretical cancer risks posed by excess cellphone use are minimal, despite what you may have read about a new analysis from the International Agency for Research on Cancer. Jack Siemiatycki, who holds the Guzzo chair in environment and cancer at the University of Montreal and is a member of the IARC expert panel, summarized the findings this way: "The meeting didn't determine that cellphones cause cancer. It didn't determine that they probably cause cancer. It determined they possibly cause cancer."

There is no such vagueness in articulating the risks of excessive exposure to the sun; that it can cause cancer is undeniable and well demonstrated.

Yet we fear cellphones more than we fear sunburn.

This incongruity says a lot about our skewed perceptions of risk in modern society. And fearing the microwatts of cellphones more than the watts of the sun speaks to our lack of science literacy.Microwaves, such as those emitted by cellphones, are non-ionizing radiation. They essentially produce heat. They can fry your brain if you cranked them up to the level of a microwave oven, 1,000-plus watts, but not at a few millionths of a watt, as with a phone.

There is very little evidence that the radiation of cellphones can cause cellular damage. The risk is about the same as getting cancer from eating pickles.

Sunshine consists largely of non-ionizing radiation as well. The sun kills immediately only when exposure is extreme, such as heatstroke.

But the sun's rays also carry ionizing radiation, the kind that causes cellular damage that is at the root of cancer.

It goes without saying that the sun, unlike cellphones, is essential to life on Earth. Without the sun, we would be hard-pressed to produce food, and life would be dark and dreary.

Direct exposure to the sun, and ultraviolet radiation in particular, is necessary to good health too; UV stimulates the production of vitamin D, an essential nutrient. Lack of vitamin D is associated with some cancers and is likely a factor in autoimmune diseases such as multiple sclerosis.

But all good things in moderation. For Caucasians, up to 15 minutes of exposure to the sun, two to three times a week, is sufficient for adequate vitamin D synthesis, while darker skinned individuals need slightly longer exposure. (In winter months, the sun's rays are too weak to produce vitamin D, so supplements are recommended.)

Melanoma will kill an estimated 950 people in Canada this year; the non-melanoma (basal cell and squamous cell) cancers will kill another 270 people.

In the past 30 years, the incidence of skin cancer has risen threefold, the result of a combination of better surveillance, earlier detection, changes in diagnostic criteria as well as changes in sun exposure behaviour and increases in ultraviolet exposure due to thinning of the ozone layer.

In other words, the sun is getting more dangerous, we're better at detecting skin cancer, and we're also seeing the consequences of our past follies, such as long days of sun-tanning on the beach and tanning beds.

We've learned a lot in recent years about the nitty-gritty of risk. For example, a history of sunburn is a key measure of risk: A person who has suffered three sunburns a decade has a threefold risk of developing melanoma (the most severe form of skin cancer) compared with someone with fewer burns. Levels of exposure in childhood and adolescence are good predictors of the risk of basal cell cancer. Squamous cell cancers – which tend to occur on exposed areas such as the face, neck and arms – follow a geographical pattern: They are most common in the sunniest part of the world.

But we know how to protect ourselves from the cancer-causing rays of the sun too.

It is recommended, by the Canadian Cancer Society, dermatologists and others, that we limit our exposure to the sun, particularly during peak UV hours, wear protective items such as hats, sunglasses and long sleeves and use sunscreen.

In recent weeks, there has been important new information about sunscreen published in both the United States and Britain.

The U.S. Food and Drug Administration, for example, has unveiled new labelling rules decreeing that for a sunscreen to say it can help prevent cancer it must have a sun protection factor of at least 15 and protect against both UVA and UVB rays. The FDA also says sunscreens can no longer assert they are waterproof, just water-resistant, and claims of a SPF over 50 are no longer permitted.

The SPF is a measure of how much longer skin covered with a product take to redden (or develop erythema, to use the scientific term) in response to UV radiation compared with unprotected skin.

A SPF 15 sunscreen limits exposure to about 7 per cent of UVB radiation, and a SPF 30 to about 3 per cent.

However, as the British Drug and Therapeutics Bulletin notes, those figures are based on the assumption that sunscreen is applied at a thickness of two milligrams for each square centimetre – a level at which it would run off the skin and be unsightly. In real life people apply much less, so you should assume that your SPF 30 sunscreen is offering no better than SPF 15 protection.

The point is this: We are exposed to various types of radiation all the time, from natural and man-made sources. We can protect ourselves from these exposures – and benefit from some even – but the key is to have a little basic scientific knowledge and apply it appropriately and practically in our daily lives. 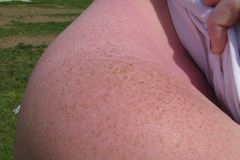 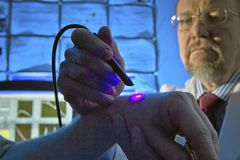