If you've ever followed a weight-loss diet, you might be familiar with the 3,500-calorie rule.

According to U.S. researches, this ubiquitous weight-loss rule is overly simple and overly optimistic. And it can lead to unrealistic expectations about how quickly you can achieve a weight-loss goal.

The rule contends that cutting 200 calories a day from your diet would lead to a loss of 20 pounds over the course of a year and the weight loss should keep on going. But in reality that doesn't happen. Weight loss slows and eventually comes to halt despite the drop in calorie intake.

This past weekend, at the American Association for the Advancement of Science's annual meeting in Vancouver, an international team of researchers unveiled a new formula to better predict how people will lose weight on a diet.

The 3,500-calorie assumption doesn't account for how metabolism changes during weight loss.

Your metabolism is the rate at which your body burns calories, and it's largely determined by how much muscle you have, since muscle burns more calories at rest than body fat. Ultimately, it's your metabolism that dictates how easily you will lose or gain weight.

As the body slims down, metabolism slows, causing it to burn fewer calories at rest. A smaller body also burns fewer calories during exercise. The net result: a sluggish rate of weight loss that can frustrate dieters and cause them to abandon their plan.

Now health-care professionals and researchers have a tool to more accurately predict a dieter's expected weight loss over time, based on changes to metabolism. Having a more realistic sense of what to expect can help people stay motivated over the long term.

The new formula and accompanying web-based model were developed by researchers from the U.S. National Institutes of Health, the World Health Organization, Columbia University and Harvard School of Public Health,

It then simulates what diet and exercise changes are required to reach the goal weight and what changes are necessary to maintain it over time.

For example, the average overweight person needs to cut 100 calories from their current intake per day to lose 10 pounds over three years.

Half of the weight will be lost in one year and then you'll reach a plateau, slowly losing the remainder by three years.

In contrast, for the same calorie reduction, the 3,500-calorie formula predicts you'll lose 10 pounds in one year – and 30 pounds by three years.

The Body Weight Simulator isn't aimed at consumers. It's intended to be used as a tool for doctors, dietitians and researchers to re-evaluate client goals and identify necessary diet and exercise changes to achieve a weight loss goal at a realistic pace.

The online tool also highlights a salient point: Even though weight loss slows down over time, you will continue to lose weight if you stick to your plan. That's a positive message for anyone trying to lose weight.

It also emphasizes the need to abandon our quick-fix mentality. Permanent weight loss takes time and requires persistence, consistency and patience. Not easy, I know.

There are other reasons weight loss slows down that have nothing to do with metabolism. They're related to human nature and they're within your control.

If you're experiencing a slowdown, the following strategies can help you pick up the pace.

You're bound to fall off plan occasionally. Losing weight is not an all-or-nothing endeavour.

If you slip, don't tell yourself "I'll start again on Monday." Instead, get back on track, the sooner the better. One small lapse won't make a difference to the scale.

It happens gradually. Instead of one cup of rice, you're serving yourself 1.5 cups and an extra 100 calories. The chicken breast that not long ago was a precise four ounces, now weighs in at six ounces.

A few extra calories here and there add up and can make the difference between losing and holding steady. If this sounds familiar, measure and weigh your foods again.

Be mindful of extras.

An extra dessert, a few tastes while making dinner, a bite or two off your kid's plate. Those extra calories can – and will – stall weight loss.

Twenty pounds ago you could get away with eating something extra here and there and still lose weight each week. But not any more. Keep in mind that smaller bodies burn fewer calories, so you have less leeway than before.

Resume keeping a food diary to see if extra calories are sneaking into your diet.

Be consistent on the weekend.

Larger meals, alcoholic beverages, and a few extra snacks on the weekend can cause the needle on the scale to jump Monday morning. You play catch-up during the week to lose those few pounds. Then the following weekend, you put a couple more back on. The end result: no progress.

If weekends are your trouble spot, keep a food diary Friday through Sunday. 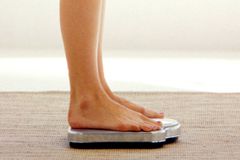 Could this be the diet pill that changes weight loss?
February 17, 2012 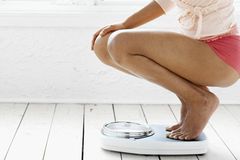 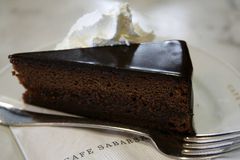 The hottest diet books of the season: Will one work for you?
January 8, 2012 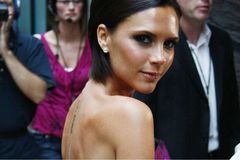