David, 28, was chronically faking his orgasms. His girlfriend hadn't caught on, but David decided to visit a specialist anyway.

Was his fakery underhanded? Hardly, says his doctor, Abraham Morgentaler, who runs a pioneering clinic for male sexual dysfunction, Men's Health Boston, and describes David's predicament in his book Why Men Fake It: The Totally Unexpected Truth About Men and Sex. David, he explains, didn't want his girlfriend to feel sexually inadequate: In that light, his ruse was "considerate and kind," writes Morgentaler.

This generous refrain – men are noble, men just want to please women – dominates the book, as Morgentaler bemoans the unrelenting portrayal of dudes as punchlines in pop culture and marketing, scorned by female authors who've proclaimed the end of men. It's a rough era for the male sex, says the author, associate clinical professor of urology at Harvard Medical School. What exactly does a man bring to the party for the modern woman who "appears to have everything: career, money, independence, friends?" Morgentaler spoke with The Globe from Brookline, Mass.

Do you believe that women's gains in equality contribute to sexual dysfunction in men?

[Facebook COO] Sheryl Sandberg pointed out that more women than men now graduate from high school, college, medical school and law school. The flip side of those advances is that men have lost out in some of the jobs that otherwise might have gone to them. It's naive to think that there isn't an impact on men. We now see so many relationships where the woman has got the more prestigious or better paying job. It does create a problem for men because it's hard for them to know how they're supposed to fit into a traditional male role. Sexually, what I see is that there's an enormous pressure for the men to be good in bed for the women, to be a provider at least in that arena.

Sexual, relationship and gender landscapes have changed dramatically. When I was a teenager, I remember this term of a woman doing her "wifely duty." It was universally assumed that women didn't enjoy sex and that they submitted to it for the sake of their husband and the marriage. We had a whole generation of guys who grew up feeling they had to thank women for doing them a favour. Today, I see couples where the woman wants sex more than the guy. Some of the guys come in and even though they function normally, they almost feel like they have to do a husbandly duty: They need to keep up with the women.

What about this persistent idea that women are sexually complex while men are walking penises?

There are two slides that often get shown at the lectures of the societies I belong to. One is "the female mind and sex." It shows a control board with a million gizmos, buttons, knobs and rheotstats. Then they show "the male mind and sex" and it's just an on-off switch. Everybody laughs, and I laugh too.

But it's not true. The idea that all men need is a stiff breeze to be ready for sex may be true for the 18-to-21-year-old, but once a guy has a job, children, responsibilities and grey hairs, libido is situational too. They're just as worried as women but they're not talking about it. One of my patients was unable to have sex with his wife when he was in the city where he's always worried about work, the next day. As soon as he goes into the country on weekends, he's fine.

What's the difference between impotence, erectile dysfunction and sexual dysfunction in men?

The broadest term is sexual dysfunction, which refers to any kind of problem a guy could have, whether it's low desire or trouble getting an adequate erection or [climaxing] too quickly or not being able to at all. Erectile dysfunction and impotence are actually synonyms but impotence is the older term. When Masters and Johnson did their work, they referred always to "impotence." As the science around erectile dysfunction became better known, the National Institutes of Health decided that the term impotence was pejorative: It really means weak and powerless. Why should a guy who's having trouble with this part of his anatomy be called weak and powerless? So erectile dysfunction became the preferred term in the U.S. and in Canada. Although we don't want to use a pejorative term, men who do have erectile dysfunction do feel impotent. It's enormously disturbing to them.

You reiterate, "Providing pleasure for the woman is the measure by which a man determines his manliness." What about selfish lovers?

Of course, they exist. I'm not here to tell you that every guy is a saint. The struggle for many men is the transition to manhood. That drive to be manly starts at a very young age for guys. Younger guys equate quantity of sex partners as some stand-in for manliness. For most men, the shift away from that attitude begins once they enter into a relationship. Some people never make the shift, they're not emotionally capable of it.

Many women and even some men don't believe guys are as admirably relationship-minded as you make them out to be.

I find many descriptions of men to be deeply offensive, but I used to share those same attitudes when I started in this business. I believed that guys were callous and that me and a few friends were somehow the exceptions. Men don't do themselves any favours because they're holding onto the dregs of macho. But the guys who are too cool for school in my waiting room come into my exam room and you find out they really care about some woman and they're torn up about not being able to be good to her in some way, often sexually. When men are with men, there's this whole world. And then there's this secret part.

It seems men are more like women than we realize.

We have overemphasized the differences between men and women. We want largely the same things: deep connection, to be appreciated, valued and loved for exactly who we are. In the story about men and women over the past few decades, we've lost what is admirable about men. The refrain "there are no good men out there" is terrible, and both men and women suffer as a result. Women start off with these negative assumptions about men based on stereotypes and what we read about celebrities in the scandal sheets. They aren't really dealing with the men in front of them.

After all these years of seeing men with their pants down, literally and figuratively, what I've come to see is that the vast majority of men are doing their very best to be great partners. When men feel good about themselves as men, that's when they are at their best as partners.

Young healthy men usually have three to five erections a night during the deepest part of sleep; these can last from five minutes to a full hour.

About half of relatively healthy men between 40 and 75 suffer some degree of erectile dysfunction.

Premature ejaculation affects as many as 20 per cent of young men and nearly an equal number of older men.

"Anything that's bad for blood vessels is bad for erections: diabetes, obesity, smoking, high lipids," Morgentaler said in an interview. "Men who have ED are also at increased risk of having heart disease. It's a telltale sign of how the vascular system is working."

Source: Why Men Fake It: The Totally Unexpected Truth About Men and Sex, by Abraham Morgentaler 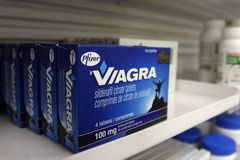 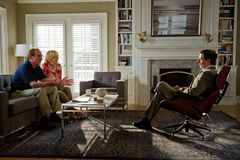