There are some common health problems that are rarely talked about because they are perceived as awkward and embarrassing. That is particularly true when they occur in that mysterious zone below the waist, and involve the so-called "private parts."

Two striking examples are incontinence, the inability to control the bodily functions of urination or defecation; and prolapse, which occurs when structures that hold organs in place (skin, ligament, muscles) collapse, resulting, for example, in the walls of the rectum protruding from the anus, or the uterus protruding from the vagina.

These conditions are seen most frequently in women, often after childbirth. (Obesity, smoking and chronic constipation are also risk factors.)

While incontinence and prolapse are not fatal or usually even dangerous, they can be bothersome and sometimes painful. Imagine urinating a bit every time you cough or laugh. These problems can put a damper on sex lives and social lives, and deal a blow to positive self-image.

About 25,000 Canadians undergo surgical procedures each year for treatment of stress-urinary incontinence; and another 5,000 procedures are done for pelvic-organ prolapse, according to data from the Canadian Institute for Health Information. In recent years, one of the most popular treatments involves adding a mesh to shore up, and hold in place, sagging and leaking parts. More than 90 per cent of the SUI surgeries and 30 per cent of the POP surgeries include the insertion of a mesh.

But now one of the most-used products, the transvaginal surgical mesh (it is inserted laparoscopically through the vagina), is the subject of intense scrutiny. There are class-action lawsuits in both the United States and Canada against makers of the meshes, which include such industry giants as Johnson & Johnson Inc. and Boston Scientific Corp.

The U.S. Food and Drug Administration and Health Canada warned of possible complications with such products as far back as 2008. The regulators said that side effects included pain during intercourse; pain during urination; vaginal and urinary infections; and injuries to the bowel, bladder and vagina.

Then in July, 2011, the FDA issued a stronger warning, saying in a letter to physicians that "serious complications associated with surgical mesh for transvaginal repair of POP are not rare" and adding that "it is not clear that transvaginal POP repair with mesh is more effective than traditional non-mesh repair in all patients with POP and it may expose patients to greater risk."

In bureaucratic language, things don't get much more damning. In various studies, the complication rate ranged from 2 to 15 per cent. While these cases have yet to go to court, manufacturers have responded by saying that they followed all the appropriate approval processes; that the products are effective for the vast majority of patients; and that the principal factor influencing the complication rate is the skill and experience of surgeons, not the product itself.

The numbers and legal arguments, however, don't do the story justice. The suffering of women experiencing complications is horrific and largely untold.

Two of the women involved in a class-action lawsuit in Canada had sobering stories.

One of those women had surgery to treat a stubborn case of incontinence: A transvaginal mesh was implanted around her bladder to try to stop the leaking. It didn't work. She developed chronic leg pain and lost her nursing job because she had trouble standing for long periods. "If the pain scale runs from 1 to 10, mine was a 12," she said. The second woman received a mesh implant that solved her bladder problem – but has left her with bouts of debilitating leg pain for six years.

When CTV medical reporter Avis Favaro did a story recently on the lawsuit and told those stories, she heard from dozens of others who had similar experiences with the mesh. One woman said that she experiences constant burning pain "from knees to navel." Another said that, since she had a mesh implanted in 2010, the pain has been so bad that she has been unable to work, and is now on long-term disability.

One patient's doctors discovered that her mesh had come loose and is piercing her vaginal wall (some men are suing, too, after their penises were injured by the sharp fibres in their partners' vaginas).

Yet another woman found bits of purple mesh fibres that had broken off; they were expelled in urine from her vagina and her bladder. Others report being suicidal because of the constant pain.

Removal of the mesh seems to be the way to go – except that the product is actually designed to latch onto the body, so that if it is not removed immediately after insertion (and any attendant complications), it is almost impossible to do so.

In fairness, it has to be said that most patients have had good results with meshes. And, of course, every surgery involves risks.

But there are some basic questions that remain unanswered: Were the products properly tested before being used extensively? Were women adequately warned about the potential complications? Were other treatments such as Kegels (pelvic-strengthening exercises) and pessaries (small plastic devices inserted in the vagina or rectum for pelvic-floor support) discussed with patients who were given meshes? Were surgeons implanting the mesh competently?

And, most important, do the benefits outweigh the risks when using this treatment for incontinence or pelvic prolapse?

One cannot help but think that the shame and embarrassment that we feel when talking about problems "down there" were a contributor to the lack of discussion about the pros and cons of surgical treatments and the surgical mesh in particular.

For example, the media – myself included – has been almost silent on the matter, in sharp contrast to extensive coverage of problems with breast implants. This prudishness has left far too many women not only suffering, but doing so alone and forgotten. It is a tragic reminder that in medicine, and in health care more generally, silence hurts. 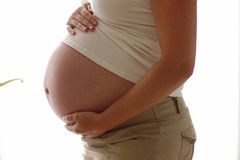