Canadians are proud of their medicare system and like to hail its strong points: universality, fairness and cost-effectiveness.

Medicare is, to many, a badge of citizenship, a program - a philosophy even - that distinguishes us from our neighbours to the south, whose health care system has traditionally been expensive and unfair.

But a new report from the Commonwealth Fund provides a sobering reminder that, when it comes to health care, Canadians all too often wear rose-coloured glasses.

The study, entitled Mirror, Mirror on the Wall: How the Performance of the U.S. Health Care System Compares Internationally, compares the performance of health systems in seven Western countries: the United States, Canada, Germany, the Netherlands, Britain, New Zealand and Australia.

Canada ranked a pathetic sixth out of seven.

The overall message here is that universality is important - all the countries in the study have universal health care, except the United States - but how you deliver care is equally important.

Key health measures such as life expectancy and child mortality have long been a badge of honour for public health in Canada, but they are not strictly a result of good health care. Rather, they depend largely on socio-economic factors and robust social welfare programs.

It will come as a shock to many Canadians - and to medicare cheerleaders in particular - that Canada's health system ranked poorly on equity. It was fifth of seven.

When compared with a country such as the Netherlands, where the universal health system includes prescription drugs and dental care, Canada's system looks decidedly incomplete and unfair. (And, in case you're wondering, the Netherlands spends less per capita on health care.) Canada fares poorly - six out of seven - in the efficiency department. With health care costs gobbling up 10.6 per of gross domestic product, Canada is a big spender.

The problem is not bureaucracy - only 3.6 per cent of health dollars go to administration - but in getting patients treated at the right place.

Canada's poor efficiency marks are due to too many patients being treated in emergency departments who could be treated elsewhere; high rates of readmission after hospital treatment; a propensity for medical records/tests to be lost; and a pathetic lack of electronic health records.

Canada prides itself on access to care but, in the rankings, we fare badly there too - five out of seven.

We do moderately well on cost-related access problems: prescription drugs cause patients money woes, but not physician and hospital visits.

But when it comes to timeliness of care, Canada ranks poorly in all measures: wait times for basic medical care, after-hours care, specialist care and elective surgery.

Canadians have been bamboozled into thinking that waiting is a tradeoff for universal access. It's not. Countries with similar spending have both universality and timely access, and so should Canada.

The final measure, quality, is the most troubling of all. The Commonwealth Fund defines high-quality care as "care that is effective, safe, co-ordinated and patient-centred."

Care in Canada is ineffective because of our obsession with reactive sickness care. We do not invest enough on prevention, and the care of those with chronic illnesses (which consumes two in every three health dollars) is horribly unco-ordinated and, again, the lack of electronic health records is a major problem.

Care is not near as safe as it should be: Rates of medical and medication errors are troublingly high, and there remains a reluctance to discuss the problem openly and address it systematically.

Anyone who has been a patient in Canada's system knows that the transfer points (from family doctor to specialist, from ER to intensive care, from hospital to nursing home and so on) are problematic because there is an almost total lack of co-ordination. Patients have the right to expect a seamless health care journey, but there are currently too many fiefs.

Finally - and this is one of the key take-home messages of the report - Canada does not have patient-centred health care system. Communication with patients is abysmal, customer care is virtually non-existent and the opportunities for feedback are minimal.

The new report provides the type of feedback our politicians and policy makers need to hear. What is says, in a nutshell, is that Canada's medicare system could be a lot better if it stopped hiding behind mythology and started listening to patients and their families.

Universality matters, but so too does quality and timeliness. 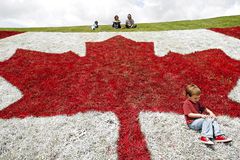 We need more primary care, not more physicians
June 30, 2010
Patent expiry for some blockbuster drugs presents huge saving opportunity
June 23, 2010
Follow us on Twitter @globe_health Opens in a new window
Report an error Editorial code of conduct
Due to technical reasons, we have temporarily removed commenting from our articles. We hope to have this fixed soon. Thank you for your patience. If you are looking to give feedback on our new site, please send it along to feedback@globeandmail.com. If you want to write a letter to the editor, please forward to letters@globeandmail.com.
Comments