All it takes is one hungry, pregnant female hitching a ride on a sofa picked up at a thrift shop and boom! A high-rise is infested with tiny, blood-sucking bed bugs.

How can one tiny insect multiply into an army of hundreds, spreading from one apartment to dozens more? Rampant incest might have something to do with it, according to new research presented this morning at the American Society of Tropical Medicine and Hygiene's annual meeting in Philadelphia.

"A single female or a single small group of bed bugs [that]are extremely closely related ... invade a place, through second-hand furniture or something," explains Coby Schal, an entomologist at North Carolina State University in Raleigh, N.C. "Through the process of extensive inbreeding, they're able to move through the building extremely fast and infest the whole building."

While the insects don't transmit disease, their bites can cause allergic reactions. Even worse for many are the psychological effects of an infestation: the anxiety and insomnia can last months, even after the last bed bug has been exterminated.

Many scientists have credited a developed resistance to popular pesticides with the unprecedented boom of bed bug infestations in North American cities in the last three years. Some also point to increased transience among humans (which is why hotels and apartments are often sites of infestations). Dr. Schal's findings offer a new explanation.

In his study, which is currently under peer review, he and another entomologist from North Carolina State University looked at infestations of bed bugs in apartment complexes in North Carolina and New Jersey. Through genetic testing, they found that within each building, the bugs were very closely related.

What's unusual is that bed bugs, like cockroaches, can survive many generations of inbreeding and still produce healthy offspring, Dr. Schal says.

"In many animals, including insects, this type of system would result in population collapse."

In a related study, his team examined 21 infestations along the east coast of the U.S. and, through genetic tests, traced each one back to a single room in a dwelling.

Once considered a plague of low-income housing, bed bugs have turned up in a Saskatchewan hospital, a New York Nike store and a handful of B.C. libraries in the last year and a half. From May to the end of September this year, Toronto Public Health received 809 bed bug-related calls. Tracy Leach, a spokesperson for the department, said those numbers are in keeping with figures from the previous two years.

According to Dr. Schal's research, it's more likely a few bed bugs brought in by a single tenant are to blame for an building-wide infestation rather than multiple carriers. Treating the infestation at its initial site at its early stages can go a long way to prevent spread, he says.

But it's easier said than done since the stigma associated with having bed bugs prevents many tenants from informing their landlords or condo boards.

"Bed bugs don't discern between renters or owners," Dan Morgan, president of Royal Forest Pest Services, a Toronto bed bug exterminator, says. In many cases, it's harder to contain infestations in condos or houses divided into multiple units since owners are often more reluctant to alert their neighbours.

Taz Stuart, Winnipeg's chief entomologist, says those who live in shared rental spaces should tell landlords as soon as possible – or at the very least protect their neighbours.

"If you're going to move anything out of the apartment or house, make sure that it's sealed up so you're not dragging it down the hallway and releasing more bed bugs to other apartments." 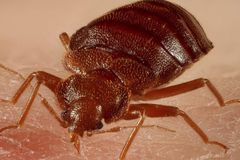 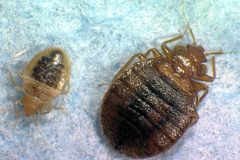 From the archives: One family's campaign against bedbugs
July 29, 2010 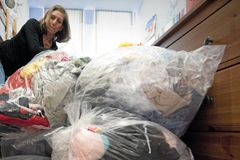