Just after Christmas, Alberta Health and Wellness Minister Fred Horne ordered a review of diagnostic imaging and pathology testing in the province. He made the move in response to revelations of systemic errors – most of them affecting the treatment of cancer patients – at hospitals in Calgary, Edmonton and Drumheller. In recent years, there have been similar scandals in British Columbia, Manitoba, Ontario, Quebec, New Brunswick and Newfoundland and Labrador.

It's a disturbing pattern that should concern patients, physicians and administrators alike. That's because about 80 per cent of medical treatment decisions depend, to some extent, on pathology tests. This is basic stuff and we need to get them right.

The solution is not to ask: What's wrong with medical testing in Canada? It's to get Alberta to read and act on the reports produced by other provinces.

The two most thorough were done by Mr. Justice Paul Creaghan and Madam Justice Margaret Cameron, who headed public inquiries in New Brunswick and Newfoundland and Labrador respectively.

Here, in a nutshell, is what they tell us:

* There is a shortage of pathologists due to the mounting number and complexity of tests;

* The shortage has led to the hiring of people with dubious credentials and some pathologists keeping their jobs despite obvious failings;

* The technology has changed a lot in recent years, but some pathologists have not kept pace; this is due, at least in part, to a lack of investment in professional development and training;

* There are no national standards; standards vary from province to province, and sometimes from one lab to the next;

* There is little oversight of laboratories, particularly by provincial ministries of health;

* When there are errors, there is little accountability; the disciplinary process is weak;

* In short, if you want better pathology, you need better people and better rules.

There has been some action in response to these reports, notably the creation, in November, 2010, of the Canadian Pathology and Laboratory Medicine Leadership Council. The CPLMLC is developing national standards but – in true Canadian fashion – its recommendations are not binding on the provinces and it has no regulatory authority.

The other response from provinces where the scandals have been politically damaging has been to hike the salaries of pathologists in a bid to attract employees. (Read: Poach them from other jurisdictions.)

Rather than dwell on the details of these individual scandals and the inadequate response of health and political leaders, let's take a moment to ponder what these problems tell us about our health system writ large.

The failings in pathology should not be dismissed as isolated woes; if anything, they are by-products of poor management practices on a larger scale and our failure to ask some fundamental questions.

In Canadian health care, whenever a problem arises, our response is always the same: Throw more money and more bodies at the problem.

The screw-ups in pathology have been blamed principally on a shortage of pathologists and overwork. They are no doubt a contributing factor. Caseloads were up 17 per cent in the past decade.

But do we ever step back and ask if we really need to do all the tests we are doing? Does all the work have to be done by a highly paid pathologist or can we hive off some routine tasks to pathology assistants? Does every hospital need a lab that does a full range of tests, or should they centralize and specialize?

There are so many vested interests, so much turf protection in health care, that it's hard to do things differently, no matter how inefficient and harmful the status quo.

Where is the accountability? In two of the incidents – Ontario and New Brunswick – pathologists who committed errors were clearly not fit to practice; they suffered cataracts that gravely impaired their vision. But their colleagues never ratted them out and they were not subject to mandatory recertification. Why do we have tougher rules for forklift operators than physicians?

Much has been made of the fact that there are no national standards in pathology. But lack of standards is not unique to this area. We see manyfold variations in rates of routine testing and surgical procedures between provinces and even between regions.

Why does this happen? Canada has a wealth of data but makes very poor use of the data to guide policies. There is a shameful lack of shared learning, which is why you end up with near-identical pathology scandals in seven provinces. Their repetitive nature also serves as a reminder that we are far too reactive and not nearly pro-active enough in health administration. Why, for example, is Alberta only reviewing its lab services now? Did the failing in six other provinces not set off some alarm bells?

Lack of quality assurance was the essence of the pathology scandals: It's why some patients' cancer diagnoses were missed and why others were treated unnecessarily. But quality is about a lot more than double-checking to catch errors. It's a philosophy, a state of mind.

In Canada, we don't have a culture that says quality and patient safety are paramount. Until that mindset changes, we will continue to have scandals, in pathology and elsewhere, and we will have suboptimal care.

"As is your pathology, so is your medicine," said the legendary physician Sir William Osler.

Pathology is in a sorry state in Canada. That tells us that medicine has some pretty fundamental problems too. We don't need to fix pathology in isolation, we need to fundamentally change our philosophy of health-care delivery. 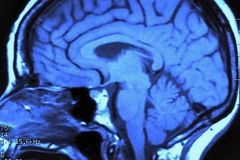 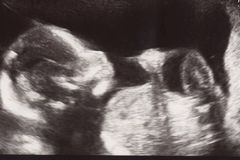 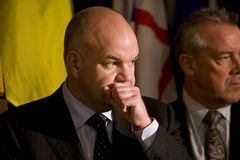 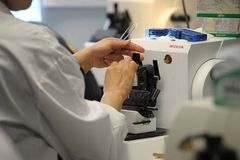