If a child in suburban Toronto was grossly malnourished and failing to thrive, would we hesitate, even an instant, in our demands that Children's Aid step in and save his life?

So why would we not do the same for a child who is sickeningly over-nourished and suffering from the life-threatening health problems that are caused by extreme obesity?

Yet when Dr. David Ludwig, an obesity expert at Children's Hospital in Boston, wrote last week in the Journal of the American Medical Association that parents of some extremely obese children should lose custody in some cases, there was an outcry.

"We don't need the nanny state ripping children from the loving arms of their parents," went a common refrain. "Having a big appetite is not a crime," went another. "Let them eat cake," said the historically-inclined dissenters.

Any story about obesity is guaranteed to generate a lot of jerking knees but, to be fair, in this case some of the anger was based on misunderstanding. In cyberspace, reading beyond the headline is not required to form an opinion. Besides, many media reports misrepresented Dr. Ludwig's views.

"Fat children should be taken into foster care," The Daily Mail trumpeted. "A Call for Parents to Lose Custody of Obese Kids," said ABC News. Time magazine's article began by saying that "one way to manage the nation's childhood obesity crisis might be to take the most severely overweight kids away from their parents."

Dr. Ludwig said nothing of the sort. In his article, titled State Intervention in Life-Threatening Childhood Obesity, the key words are "life-threatening."

The pediatrician did not issue a rallying cry for the creation of the Twinkie police nor did he advocate taking a battering ram to the front door of every home with an Xbox console. He said that taking children into care should be considered when all else has failed.

Dr. Ludwig also stressed that taking children out of a poisonous environment - temporarily, not permanently - is far more ethical than performing bariatric surgery, an approach that is increasingly being promoted for severely obese children but that has little evidence to back it up.

It has to be stressed too that intervention should be considered only in extreme cases, where children are, weight-wise, in the 99th percentile of their age group.

Dr. Ludwig related the story of a girl who weighed 90 pounds at age three and, by age 12, she weighed more than 400 pounds and was suffering from life-threatening diabetes and apnea. She was placed in foster care and lost 130 lbs. in a matter of months and, while still obese, her health conditions were no longer imminently life-threatening.

Another case that has attracted a lot of media attention is that of Alex Draper, a 14-year-old South Carolina boy who tipped the scales at 555 lbs. before child-protection services intervened.

His mother, Jerri Gray, lost custody of the boy (foster care placed him with an aunt) and she was charged with child neglect. In the subsequent year, Alex lost more than 200 lbs.

Note that Dr. Ludwig did not advocate criminal prosecution of parents. On the contrary, he said that families of severely obese children need as much help as (if not more than) the children themselves. More often than not, the parents of these children suffer mental-health problems and severe socio-economic challenges; at best, their parenting skills - the ability to cook, for example - are greatly wanting.

The tragedy in the South Carolina case is that state troopers were sent to the home instead of a nutritionist and psychologist.

In Canada, much of the reaction to Dr. Ludwig's proposal has assumed - wrongly - that this heavy-handed approach was being advocated.

"The editorial didn't suggest doors should be kicked down in the homes of run-of-the-mill kids with a little weight to lose," said Dr. Yoni Freedhoff, founder of the Bariatric Medical Institute in Ottawa. "What was said is that extreme obesity is a condition so horrible that extreme measures may be warranted."

Dr. Freedhoff has also noticed that much of the reaction is tinged with an undercurrent of dislike for child-welfare agencies, which don't have a stellar reputation. (Whether that is deserved or not is another matter.) "Saying the CAS [Children's Aid Society]should not intervene is a bit like cutting off a child's nose to spite an organization's face," he said.

Dr. Freedhoff, who also writes the popular blog Weighty Matters, has actually been involved in one case in which a severely obese child was taken from a home in Ontario. He is forbidden by law from providing any identifying details, but noted that the baby weighed significantly more than his seven-year-old son.

The doctor also noted that the CAS response was exemplary: The child was treated in hospital and the parents received the help they needed from a dietician and a social worker before the child returned home.

Placing severely obese children into state care has been the norm for more than a decade in the United Kingdom. This extreme measure is taken in fewer than 30 cases a year.

In the U.K., children with life-threatening obesity are sent first to hospital for treatment. Child services also insists - except in rare cases where there is abuse - that the parents remain in regular contact with the child.

"We don't want the child to feel punished," said Tam Fry, of the National Obesity Forum. "This is a life-saving intervention, not a punitive one."

So it should be.

And of course we should be doing more to ensure that all children have every opportunity to be healthy - which will ultimately result in fewer obese and overweight kids - but that is a much larger, more complex, long-term challenge.

Making sure that the 100-lb. three-year-olds and 500-lb. 14-year-olds get the emergency help they need is just a tiny part of a broader strategy, but not one to be scoffed at or dismissed with platitudes about parental rights.

On rare occasions, the state does have a place in the kitchens of the nation.

Should extremely obese children be taken from parents?
May 3, 2018 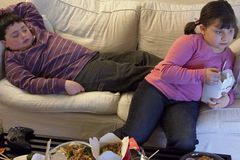 Obesity rates climb in Canada and U.S., but Canadians remain slimmer
May 1, 2018 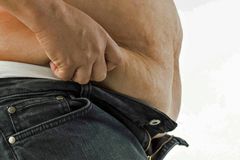