Imagine opening your mailbox to discover how likely it is you'll have a heart attack or whether you have a predisposition to Alzheimer's disease or cancer.

Thanks to advances in direct-to-consumer genetic testing, this scenario is moving from the realm of science fiction to reality.

Scientists are already using gene testing to diagnose certain diseases and prescribe medications. This testing is at the core of the burgeoning field of personalized medicine, which uses genetic information to prevent, diagnose and treat illness.

Many scientists believe the day is coming when DNA from a blood or saliva sample may be able to provide a comprehensive picture of a person's future health risks, enabling them to take preventive action.

A testament to the unbridled excitement surrounding the potential of personalized medicine is the federal government's announcement last month that it is pouring nearly $70-million into research in this area.

The private sector has also been quick to see its potential. A proliferation of genetic-mapping companies already sell pricey tests that promise to tell people what diseases or chronic illnesses may be lurking, what drugs could produce unwanted side effects for them and whether they could pass diseases to their offspring. Some can even detect traits such as high pain sensitivity, male-pattern baldness or athletic ability.

But a growing number of genetic specialists say the science is still too immature for these mass-market gene tests to hold significant value. Some are questioning whether direct-to-consumer genetic testing companies are overselling the science.

To renowned cancer specialist David Agus, the answer is no. He believes direct-to-consumer genetic testing represents the brave new world of medicine that finally puts the power of prevention in the hands of the people. In his provocative new bestseller The End of Illness, he makes the case that everyone could benefit from understanding their health risks and how to mitigate them with lifestyle changes or medications.

"Yes it can make you afraid, but at the same time, it empowers you," Dr. Agus says. "It's the first of many technologies that will transform health care."

He notes that public-health messages about the importance of exercising and eating right abound, but research shows that rates of obesity, Type 2 diabetes, cardiovascular disease and other serious health problems are escalating. The fundamental disconnect, according to him, is that none of the blanket messages espousing the importance of a healthy lifestyle seem to apply to anyone in particular. But looking at a piece of paper telling you that your genes make you vulnerable to a heart attack, cancer or an autoimmune disorder is a different story.

"It's a self-realization," Dr. Agus says. "We have to prevent early disease and we can do that. We have the technology."

But will people really change their behaviour based on the conclusions on a computer printout that cost hundreds of dollars? After all, many people continue to smoke, be overweight or drink too much, despite knowing it's bad for them.

But companies offering direct-to-consumer genetic profiles about disease susceptibility are only one small part of the equation. Doctors already routinely rely on gene testing to search for vital information.

For women with a family history of breast or ovarian cancer or who come from an Ashkenazi Jewish background, such tests can confirm whether their genes put them at high risk of those diseases. Some elect to have pro-active mastectomies or ovary removals, undergo frequent screening or take preventive medication.

Gene tests are currently ordered to confirm diagnoses on a range of conditions, such as cystic fibrosis and muscular dystrophy.

Yet, despite the promise of genetic testing, the science is still in its infancy. Because of that, many geneticists caution that the mail-order gene-profiling services may not be that useful.

The problem is that scientists have only just begun sifting through the roughly 25,000 genes humans have, cataloguing the numerous variations that could be present on each one, and somehow figuring out how they affect human health.

Is it any wonder that many scientists are skeptical of companies promising to unlock genetic secrets with a saliva swab?

Stephen Meyn knows just how massive the challenges are that lie ahead for personalized medicine. The head of the program in genetics and genome biology at Toronto's Hospital for Sick Children says that while science has come a long way, much more must be done for genetic testing to truly revolutionize medicine. There are just so many genes and innumerable possible mutations.

"It's wonderful we can reach out and just about touch the idea of getting whole-genome analyses for patients from the sequencing side, yet we have this challenge of being able to develop the knowledge and the tools to make useful interpretations from that," Dr. Meyn says. "I'm not saying we can't do it."

This note of caution seems to run counter to the optimism espoused by Dr. Agus.

Critics are quick to mention that the doctor has a personal stake in promoting gene profiling: He helped found Navigenics, one of the world's most successful direct-to-consumer genetic testing companies.

Dr. Agus insists, however, that any information is power. Genetic testing may not be able to definitively tell you whether you will develop glaucoma or become obese in your lifetime, but it provides the incentive to see the optometrist regularly and watch your weight.

But what good is a genetic profile that says you have a heightened risk of heart disease, for example, when scientists haven't even identified all of the genes linked to such conditions? What about non-genetic factors that play a role? Is it really a good idea to change your lifestyle because of a genetic-risk profile that is based on incomplete information?

"My opinion is we're not quite there yet," says James Kennedy, director of neuroscience research and head of the psychiatric neurogenetics lab at Toronto's Centre for Addiction and Mental Health. "It's kind of recreational genetics for the consumer."

Despite the prevailing hype, science has not advanced to the point where direct-to-consumer gene tests can tell us what we may want to know with a high degree of accuracy. That's because many of the genetic markers linked to certain diseases – including multiple sclerosis, lung cancer and Type 2 diabetes – aren't very good at predicting the likelihood a person will actually develop that condition. There are too many variables at play.

Genes aside, most of us probably already know certain diseases we may be at risk for, or could easily find out, according to Timothy Caulfield, research director of the Health Law and Science Policy Group at the University of Alberta. He offers a skeptical take on direct-to-consumer genetic testing in his new book, The Cure for Everything.

"There are few genetic tests that are as predictive as your weight, your blood pressure, your cholesterol, waist circumference [and]what your parents died of," Dr. Caulfield says.

A healthy dose of common sense won't hurt either.

"Genes are new and exciting, but that doesn't mean it's good to ride a bicycle without a helmet or have a shot of whisky every two hours," Prof. Caplan says. "There's a lot of other things that affect your health."

Carly Weeks is a reporter for Globe Life. 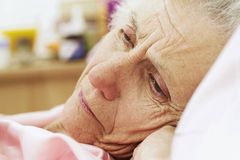 Drug could ward off breast cancer but weaken bones
February 6, 2012 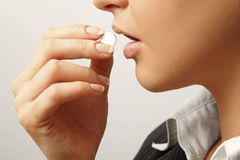 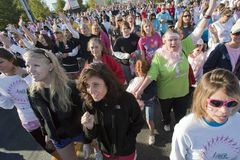