Wendy Pauls, 41, is at her happiest when she is running, mountain biking or paddling in the great outdoors. Her favourite places to exercise are through rolling countryside or on a wooded trail.

"Fitness and fresh air go very well together!" says this life coach and personal trainer, who lives in Baden, near Kitchener, Ont. Ms. Pauls believes the colour green has a calming effect on her and that exercise outdoors is good for the soul. Besides, she says, "the scenery distracts you so you can forget how hard you are working."

What Ms. Pauls feels innately - that green exercise is good for the body and spirit - is actually a scientific phenomenon that is being studied all over the world.

"Green exercise represents a low-cost way to lower stress and recharge the mental batteries. The health implications extend from depression and diabetes to workplace stress and cognitive decline of older adulthood," says Alan Logan, a Toronto-trained naturopath now living in Connecticut in the United States. Dr. Logan is co-writing Your Brain, On Nature: The Science of Nature's Influence on Health, Happiness and Your Mojo, with Harvard doctor Eva Selhub. The book will be published by John Wiley (Toronto) in the Spring of 2012.

"As the research on green exercise continues to mature, a growing number of clinicians are now prescribing so-called 'vitamin G' for its mind and body benefits," says Dr. Logan. "Any therapeutic intervention that can even put a dent in an individual's perception of stress, while also improving mental outlook, creativity and cognitive function, is surely worthy of consideration."

In terms of mental health, many studies around the world have looked at green exercise and how it affects mood and physiological markers of stress.

Here's a sampling: A study in Britain recently concluded that exercising in nature afforded people a greater feeling of revitalization and positive energy, as well as decreasing tension, confusion, anger and depression. For the study, reviewers at the Peninsula College of Medicine and Dentistry at the University of Exeter collected data from 11 trials involving 833 people. Their review was published in the journal Environmental Science and Technology on Feb. 4, 2011.

In another study, researchers from the University of Michigan intentionally mentally fatigued 38 students (with challenging cognitive tests) and then had them immediately take a 50-minute walk in nature or in a downtown urban setting. After the walk the participants who had walked in green space had better cognitive performance than those who had walked on a busy street. "The walk in nature was in an urban park, suggesting that these cognitive benefits may be obtained by office workers taking a lunch-hour stroll through nearby green space," says Dr. Logan.

A Japanese study published in the journal Public Health this year found scientific evidence of the mental and physical effects of what the Japanese call "forest bathing." In 12 subjects, researchers carefully studied the effects of being out in nature versus being in an urban commercial setting. They found that being in green space had a positive and measurable effect on both the nervous system and the level of the stress hormone cortisol in the saliva of subjects.

How can trees and sunsets de-stress us? "It is not only modern work itself that taxes the brain, it is the massive effort required to block out or inhibit the distractions that can take us off point," explains Dr. Logan. "In nature, the involuntary focus takes over. It is fascinating yet requires little effort, the inhibitory centres of the brain can take a break and the effort required to block out distractions is minimized."

In terms of physical effects, several Japanese studies have found benefits from "shinrin-yoku" or forest-air bathing plus walking. A study published in 2010 found that forest bathing trips actually boosted immune function and kept it elevated for as much as 30 days. Another study found forest bathing plus exercise was an effective treatment for diabetes.

So, the evidence is accumulating that vitamin G is good for you. But 52 per cent of Canadians are inactive, according to the Canadian Fitness and Lifestyle Research Institute. Perhaps this is related to the design of communities. "If I am surrounded by concrete and big box stores, where on earth am I going to walk?" asks Kim Bergeron, whose expertise is in linking public health and community design. "If we are not around vibrant, living things, it affects our psychological, social and physical being."

Ms. Bergeron, who is a PhD candidate at Queen's University in Kingston, is formulating a joint land-use planning and public health framework to enhance the design of active communities. Active communities have sidewalks, recreation centres, playgrounds, parks, open green spaces and trails.

"If getting back to nature and exercising in the natural environment was part of daily life, the benefit would be in mental and physical health and also [in]our connectedness with our communities. … We need to ensure we have open spaces and green spaces in which to energize ourselves," she says. 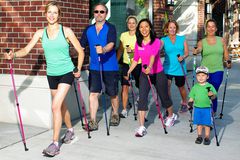 Why you should choose carefully when signing up for boot camp
June 14, 2011 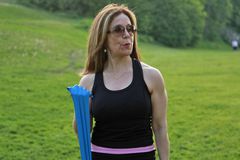 Four questions to ask yourself before you start exercising
February 24, 2010 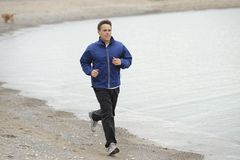 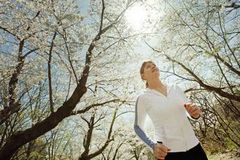 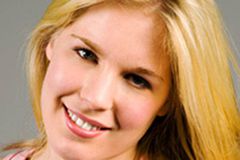