Building big muscles requires lifting big weights. That's an article of faith in gyms around the world – which is why McMaster University exercise scientist Dr. Stuart Phillips has faced such an uphill battle to convince people that it's wrong.

Phillips has published a series of studies in recent years suggesting that lifting relatively light weights can produce similar gains in strength and muscle size compared with traditional heavy-load workouts, as long as you lift to near failure, the point where you can't complete another repetition of each exercise.

"It's taken a while," he says, "but people are finally waking up to the idea."

At a conference hosted by York University's Muscle Health Research Centre last month, Phillips and his colleagues revealed the light-weights approach can be as effective for well-trained athletes as it is for untrained gym-goers. The findings offer an alternative approach to strength training for older adults and others who aren't comfortable with heavy weights, with less chance of injury. However, it's by no means easy.

Current guidelines for building strength and muscle size recommend lifting at least 60 per cent to 80 per cent of the heaviest weight you can lift, typically in several sets of eight to 12 repetitions. This approach was popularized by a U.S. military doctor named Thomas DeLorme, who used it to accelerate the postoperative rehab of soldiers in the Second World War.

DeLorme's program was – and still is – so effective that it became entrenched as conventional wisdom, but there was little evidence that other approaches wouldn't be just as good. In 2010, Phillips published a paper comparing workouts lifting to failure with either five reps of a 90-per-cent-max load or 24 reps of a 30-per-cent-max load. Muscle biopsies showed that both workouts stimulate similar levels of muscle protein synthesis, a molecular measure of how quickly new muscle was growing.

A follow-up study in 2012 looked for changes in muscle size and strength after 10 weeks of leg training using the two protocols, and again saw similar results.

The new results, which were presented at York by Phillips's graduate students Robert Morton and Sara Oikawa, put 49 well-trained volunteers through a vigorous full-body training routine, four times a week for 12 weeks. Half of the subjects performed a standard workout protocol of three sets of each exercise, with a load chosen to induce failure after between eight reps and 12 reps a set. The other half did the same program, but with a lighter load chosen to induce failure after 20 reps to 25 reps a set.

Most of the subjects were current or former varsity athletes, including national-level athletes and power-lifters. "These were very big guys," Morton says. Despite their extensive training history, the subjects still managed get stronger, add muscle and reduce body fat, with no statistically significant differences between groups.

That doesn't mean the two protocols are totally indistinguishable, Phillips acknowledges. For example, the average muscle gain in the high-reps group was 1.01 kilograms, compared with 1.62 kg in the low-reps group. If you're a power-lifter training to lift the heaviest weight possible, but only once or twice, then lifting fewer reps of heavier weights will provide a more specific training stimulus.

But over all, Phillips says, "I estimate that the difference for most mere mortals would be absolutely inconsequential from a health and fitness standpoint."

While the results run counter to conventional wisdom, they don't contradict muscle physiology, says Dr. David Behm, a Memorial University of Newfoundland researcher who studies resistance-training protocols. To get stronger, you need to stress both the muscles and the neuromuscular signalling pathways between brain and muscle. Whether you do this by lifting heavy weights a few times or light weights many times, he says, "the important point is that the individual must go to failure."

That, of course, is the catch. Even the hardened athletes in the latest study found the workouts tough. But the new approach does have some unique benefits.

In older adults, muscles still respond well to training, but joints tend to be an oft-injured weak point. "Why lift with heavy, joint-taxing weights when you don't have to?" Phillips asks.

More generally, the findings offer a new freedom to those of us who get our resistance training at home or outdoors, rather than in a well-equipped gym. If you're doing a body-weight exercise such as push-ups or pull-ups, you might reach failure after five reps or 35 reps, and it's not easy to adjust your body weight to get the "optimal" number of reps.

Similarly, if you're doing one of the currently popular high-intensity circuit routines, you can gain strength and muscle with whatever weights you have on hand, as long as you push close to failure. (One advantage of heavier weights, it should be noted, is that it will take less time to reach that point in each set.)

Shifting to lighter weights, then, isn't an easy shortcut. It's just an alternate – but equally challenging – route to the same goal. It means the size of the weight is one less detail you need to worry about when working out – and one less excuse.

The six mistakes derailing your health and fitness goals
March 10, 2015 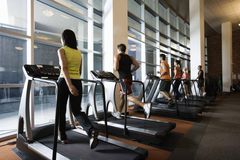 How to turn your fitness wishes into reality
April 6, 2015 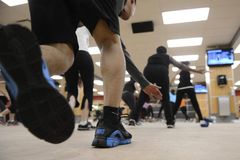 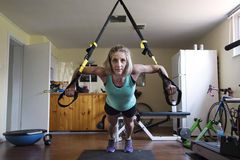