The advice to eat fish, especially fatty fish like salmon and trout, is based on evidence that doing so can help prevent heart disease.

Now, it seems there's another reason to make fish a regular part of your diet. According to an analysis of international studies, people who eat fish often have a lower risk of colorectal cancer.

Over all, people who ate fish regularly were 12 per cent less likely to be diagnosed with colon or rectal cancer even after accounting for family history, body weight, physical activity, smoking, alcohol use and other dietary factors.

The protective effect of fish was stronger for rectal cancer. Compared to participants who consumed the least fish, those who ate the most had a 21 per cent lower risk of rectal cancer.

Whether the beneficial effectshave to do with omega-3 fatty acids or other nutrients found in fish, such as selenium, is unclear. However, omega-3 fats have been demonstrated to reduce the size and number of colorectal cancer cells in experimental studies.

Omega-3 fats might also reduce the formation of colon polyps through their anti-inflammatory actions. In a study published earlier this year, women who ate three servings (3.5 ounces each) of fish a week – versus less than half a serving – were one-third less likely to develop colorectal adenomas. (Adenomas in the colon are polyps that have the potential to become cancerous.) It's also possible that a diet plentiful in fish is one that's low in red and processed meat, two dietary factors known to increase colorectal cancer risk.

How much fish should you eat to lower the risk of colorectal cancer? Based on the current analysis, it's impossible to say since the ranges of fish intake for low and high consumers varied considerably across studies. However, it's likely prudent to include at least two servings a week.

Colorectal cancer is the second leading cause of cancer death for men and women. Diet plays an important role in the prevention – and cause – of colorectal cancer. Evidence suggests the following recommendations will help guard against the disease:

It's well established that a high intake of red meat and processed meat increases the risk of colorectal cancer. Cooking meat at a high temperature forms heterocyclic amines, compounds linked to precancerous colon polyps in humans. It's also thought that preservatives in processed meats called nitrites may form cancer-causing compounds.

There's convincing evidence that consuming more than two alcoholic drinks a day is a cause of colorectal cancer, particularly in men.

Alcohol may stimulate the growth of colon cancer cells, activate cancer-causing substances and help transform polyps into cancer. Alcohol also interferes with the body's use of folate, a B vitamin needed to repair DNA damage in cells.

If consumed at all, limit alcoholic drinks to two a day for men and one a day for women.

A high fibre intake, especially from cereals and whole grains, is linked to a lower risk of the disease. Every 10-gram increase in fibre has been estimated to lower colorectal cancer risk by 10 per cent.

A greater intake of calcium from milk and supplements is associated with a lower risk of colorectal cancer. Calcium is thought to bind with toxic substances in the intestinal tract, preventing them from entering colon cells. Milk also contains bioactive substances, which may play a role.

One cup of milk or a ¾ cup of plain yogurt contains roughly 300 mg of calcium.

A higher intake of magnesium has been linked to protection from colorectal cancer. The mineral is thought to reduce free radical damage, inhibit the growth of colon cancer cells and improve how the body uses insulin. (Insulin resistance, a condition in which the body produces insulin but does not use it properly, is considered a risk factor for colon cancer.) Magnesium-rich foods include almonds, cashews, peanuts, soybeans, tofu, lentils, kidney beans, Swiss chard, spinach, kale, brown rice, wheat bran and avocado.

Weight gain and obesity increase the risk of a number of cancers, including colorectal. Excess body fat triggers inflammation and affects levels of hormones, including insulin and estrogens, creating an environment that encourages cancer development.

Maintain a body mass index of 18.5 to 25 throughout adulthood. Some research suggests a BMI between 18.5 and 22 is associated with the lowest risk of chronic disease.

There's plenty of evidence that higher levels of physical activity reduce colon cancer risk. Be moderately active, the equivalent of brisk walking, for 30 minutes every day. 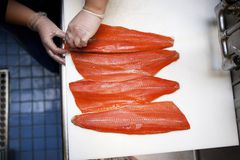 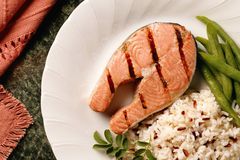 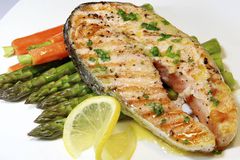