Just the thought of starting yet another day with a bowl of cream-laden oatmeal made my stomach turn.

The queasiness set inmid-week of my culinary experiment. I had been inspired by Michael Pollan's advice to not eat "anything your great-great-grandmother wouldn't recognize as food." After all, his food rule has become gospel for anyone looking to eat naturally, healthfully and, generally, better.

Using organic ingredients and making everything from scratch, I had imagined myself cheerfully cooking my way to virtuousness. But what exactly were Canadians eating before industrially produced food became the norm? Were our diets a century ago healthier? Tastier? More nutritious?

To get a sense of how and what our forbears ate before the age of vending machines, frozen pizzas and Kraft dinner, I followed archival recipes that The Globe published during the 1910s for one week. (With the exception of a half-dozen jellybeans and a handful of peanuts I found in my desk drawer, I more or less stuck to that goal.)

I had been warned, as I embarked on my week of historic eating, that I'd be consuming a lot of rich foods. And by Tuesday, my burbling belly was making me regret taking on the challenge. One thing was becoming clear as I forced down that bowl of oatmeal: Great-Grandma ate no small amount of butter, fat drippings and cream.

"Diet in the early part of the century really was about getting adequate food," says Nathalie Cooke, editor of What's to Eat? Entrées in Canadian Food History and associate provost at McGill University. It wasn't until 1912, with the discovery of vitamins, that the notion of eating to obtain nutrients began to take hold, says Dr. Cooke, a professor of English who studies food in literature.

The main objective of a meal was to achieve a full stomach. As a Globe columnist Amelia Sedley wrote in July 1911, "The value of fat in our food is hardly rated as high as it should be. The pure fats, such as olive oil, refined lard and tallow, head the list in nutritive power."

Indeed, over the week, I went through about three-quarters of a one-pound brick of butter, adding it like a condiment to cream of celery soup, melting it over cornmeal porridge, creaming it with sugar to make steamed chocolate pudding and frying rice pancakes in it.

I didn't eat a salad without heaping on a generous dollop of mayonnaise, as the recipes prescribed. I even rendered the fat from a shoulder of pork, with which I seared beef for pot roast and pan-fried potatoes. But the caloric density of fat, although essential for a hard day's labour 100 years ago, wasn't exactly necessary for me to perform my own desk job.

I started to daydream about apples. Even my cravings were out of step with the time. According to Dr. Cooke, fruit was rarely eaten raw; it was cooked, boiled, sweetened and served as preserves on bread, biscuits and cakes. "It [fruit]wouldn't be typically something you'd eat by itself," she says. "That would be something a crass farmhand would do."

Dr. Cooke says salt was used liberally in early Canadian cooking. "The notion of French herb seasoning doesn't actually carry over until quite a bit later, so they were using the British … method of pepper and salt - and a lot of salt, by our standards," she says.

For all the fat and sodium of a century-old diet, a disappointing number of recipes I tried produced bland, stodgy results. Described as "something new in the sandwich line," a fried sandwich of cold minced boiled ham, parsley and mustard mixed with cream had about as much flavour as a sock dipped in egg. And a jiggly meat aspic of boiled pork tasted about as appealing as it sounds, the grey boiled pork resembling something I dissected in Grade 12 biology.

Cakes and sweets were a big part of a middle-to-upper-class Canadian diet during the 1910s, Dr. Cooke adds. When company dropped in for a visit, one was meant to have several different cakes on hand, she says.

During my week of historic cooking, however, I only managed to find the time to bake one. At that, I chose a 1911 recipe for Lenten cake, a rarity for requiring no butter, and produced a dense, super-sweet, aromatic cake. I nixed the icing, however, which called for another half a pound of icing sugar.

Cooking like Great-Grandma is time-consuming and tough to cram into a modern work schedule. By the time I returned home from the office each evening and went to work hovering over my stove, it was past 9 p.m. before I got dinner on the table. (Hence, the late-afternoon lapse with the jellybeans and peanuts.) And the rest of evening was spent organizing and preparing what I'd eat the following day.

It wasn't all dull and flavourless. It was impossible, for instance, to go wrong with Bubble and Squeak, a classic dish that combines leftover mashed potatoes with boiled greens, fried onions and cold roast beef. Meanwhile, a salad of cold, boiled beets, potatoes, apples, pickles and celery tasted fresh and bright - that is, until the recipe called for the addition of "enough cream to make [the]salad quite moist."

There are nevertheless certain things we did much better a century ago, says registered Vancouver dietitian Gloria Tsang.

The practice of cooking and eating breakfast every day is something we all should do more often, she says. Until my challenge, I can't remember the last time I cooked breakfast on a weekday. Ms. Tsang adds that my attempt to stick with all-organic ingredients and prepare my own food should be carried on beyond a single week.

"We should be trying to cook more, definitely, [and]eat more natural food instead packaged foods," she says.

But should we be eating what we ate a century ago? "Definitely not," Ms. Tsang says. "I think they're very high in fat, so I would say definitely more veggies and fruits are needed."

I wish I could say at the end of the week that I adopted the best eating habits of that bygone era, combining them with today's nutritional advice for a balanced diet. Instead, I must admit, the first thing I ate was a packet of instant ramen noodles.

The broth was spicy and intensely seasoned with artificial flavouring, creating fireworks across my taste buds, which had encountered nothing stronger than a dash of pepper all week. Yes, it was devoid of nutrition. Yes, it was gross. And yes, Great-Grandma would never, ever recognize it as food.

But at that moment, it was terrific. 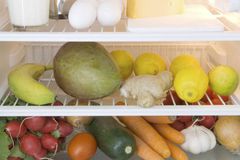 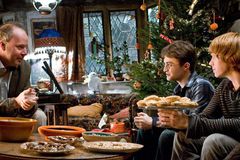