During their brief visit to Quebec City next month, the Duke and Duchess of Cambridge will be able to drink in the quaint, historic charm of the walled fortress and behold its centrepiece: A gargantuan polypropylene facsimile of the century-old Chateau Frontenac's tower.

The grand dame of the old city of Quebec is undergoing a major makeover starting this week, as a small army replaces the weathered, 87-year-old copper roof of its main tower.

It will take two years, 36,000 kilograms of copper, 60 construction workers and $7.5-million to replace the 5,500-square-metre roof of the Chateau's main tower.

Scaffolding is up; construction is set to begin over the next several days.

But before then, the Fairmont Chateau Frontenac will get a 3,000-square-metre veil - a perforated block of netting hung from metal scaffolding, meant to cover up the dust, debris and visually jarring mid-air worksite with a photo taken of the tower in quieter days.

"Basically, it prevents people from seeing the work that's happening behind," said Genevieve Parent, a spokeswoman for the hotel. "It's a copy, a picture of what you would normally see. So you really feel like you're seeing the actual building."

The timing's a little awkward: Castle construction will just be getting into full swing when the royal newlyweds, William and Kate, arrive.

But it had to happen now: Decades of wear and tear have taken their toll on the heavily oxidized, increasingly thin roof; older parts of the Chateau have already been replaced.

"It's pretty much at its maximum life-cycle," Ms. Parent said. "A copper roof is very resistant, but 100 years is really the maximum."

The hotel will remain operational during construction ("the noise level is very, very low," Ms. Parent said) and discounts will be offered on 90 rooms whose views will be affected by scaffolding.

Many previous royal visitors have dined and slept at the Chateau Frontenac, whose first wings were built in the 1890s.

The original larger-than-life edifice - designed by U.S. architect Bruce Price - was intended to dwarf the rest of the city, which UNESCO calls an "exceptional example of a fortified colonial town and by far the most complete north of Mexico."

"The site was kind of a Gibraltar of North America. And on that Gibraltar, there should be a castle," said Quebec architect and UQAM professor Luc Noppen.

It was built as a luxurious stop-over for moneyed travellers of the Canadian Pacific Railway - so much so that for decades it remained less than popular with many Quebeckers, who saw it as a Victorian structure designed for royalty and foreign elites.

"There was an idea this belonged to the English-speaking; that this was not really French," Prof. Noppen said. "That changed in the '80s, when people became very proud of this item."

Robert Finch, head of the Canadian Monarchist League, said it's too bad the chateau won't be pristine for the royal visit, but it shouldn't cast a damper on the event.

"Obviously, from a tourist point of view, you'd want to see a building in its pristine glory but … if logistically something can't happen, the next best thing is to do what you can to give you the closest thing to the real thing.

"So they're trying to photoshop it." 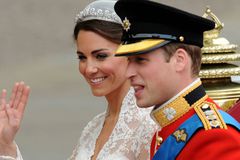 new
Quebec MNA bristles at cost of welcoming 'parasites' Will and Kate
May 31, 2011 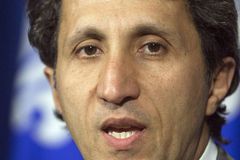