As the U.S. recession continued to dig in its heels last year, wine writer Mike Steinberger of Slate magazine penned a column under the catchy headline Wine Limbo. In it he asked: How low can you go (in price) and still drink well? With a self-imposed ceiling of $10 (U.S.), he ventured into a big retailer called Total Wine & More in Delaware with his mind set on "bottom-feeding."

In addition to being a splendid writer, Mr. Steinberger has exacting taste, so his discoveries would have been certain to mobilize Slate's erudite readers wary of banal, industrial-scale brands that dominate the bargain aisles. Alas, he came up almost as empty-handed as Republicans trying to field an inspiring candidate for the 2012 U.S. presidential race. "I'd love to report that I found a bunch of sensational $8 and $9 wines at Total, but I didn't," he wrote, including just seven wines in his column. "To begin with, there wasn't all that much to choose from; there was enough Yellow Tail to flood an aisle or two, but the shelves were thin on the more distinctive stuff that I was after."

In theory, it should be far tougher to score great buys in Canada because of hard-wired government markups that prevent deep discounting. So, what if we raised the bar to $12 (Canadian)? Could you name seven? I suppose it depends on what "distinctive" means to you. At bottom-feeder prices, I don't insist on transcendence because that's a sure path to sobriety. I'm impressed when I find well-balanced flavours that taste like they came from a vineyard rather than a chemistry lab. Distinctiveness, though, is a major plus.

In fairness, I suspect Slate would be able to come up with a bigger list today. The debt crisis on the other side of the Atlantic has pummelled the euro, ushering in lower prices on some imports. It's by no means an across-the-board drop because many producers choose not to float with currency vagaries, opting instead to maintain rigid prices so that consumers won't face sticker shock on the ride back up.

With holiday parties in mind, I'm going to offer a few under-$12 import selections that may keep guests, and your budget, in good cheer. (All prices Ontario, so expect to pay more in other provinces.) Some are well known for their consistency, others newer to the Canadian market, none has a kangaroo on the label.

For not much more than a large Starbucks triple-shot latte, I'm impressed with the round, smooth Citra Sangiovese 2010 (score: 85; $6.95 in Ontario, recently reduced from $7.45) and the juicy yet polished Casal Thaulero Merlot Cabernet Sauvignon 2010 (85; $6.95). They're medium-bodied and lively, as befits modestly priced Italian reds.

Italy is a formidable force in the budget-wine arena, especially to consumers who enjoy food-friendly acidity and distinctive flavours rather than a mouthful of fruit and oak. A big notch up from Citra and one of the best new Italian buys in Ontario comes from Sicily, Casa Planeta Syrah 2009 (89; $11.95). It's a full-bodied red layered with berries, herbs and peppery spice. Another good new Italian red, though decidedly lighter and with higher acidity, is Era Merlot 2009 (88; $9.95), made from organic grapes grown in the northern Veneto region. Holding the price line with its just-arrived new vintage, Pasqua Villa Borghetti Passimento 2009, also from the Veneto (89; $11.95), is a velvety, succulent red perfect for big holiday meals.

I have enthused in the past about a Spanish red that continues to overdeliver, Castillo de Monseran Garnacha 2010 (88; $8.95, still well priced in B.C. at $8.99). It's supple, with wine-gum-like fruitiness laced with herbs and pepper. I'd even call it distinctive. From nearby Portugal, there's the superb Vila Regia Douro Reserva 2008 (90; $11.95), a velvety, full-bodied red that recently dropped from $12.95. (Thank you, euro.)

Far from the euro zone, there's Thelema Mountain Red 2007 (89; $11.95), a full-bodied South African blend of shiraz and merlot brimming with berries, coffee, smoke and spice. I want to thank Craig Pinhey, the New Brunswick Telegraph-Journal's beverage columnist and active judge at wine competitions, for jogging my memory in regard to another South African, crisp KWV Chenin Blanc (86; $8 in Ont., $10.99 in N.B.).

Chile continues to send interesting values our way. One standout among the big, widely available brands is Santa Rita Cabernet Sauvignon 2010 (87; currently $9.95 in Ontario at a $1-off discount until Nov. 27), full-bodied and brimming with cocoa and mint.

From France, La Vieille Ferme White 2010 (87; $11.95) is medium-bodied, crisp and clean, made from grenache blanc, ugni blanc, vermentino and bourboulenc, and less fatiguing than most chardonnays or sauvignon blancs at its price. The red Cellier des Dauphines Carte Noire Côtes du Rhô ne 2008 (87; $10.95) delivers compelling southern French nuances of plum, herbs and cracked pepper along with more concentration than much of its Rhône competition.

Can California compete without the advantage of deep store discounting? Occasionally, I think, as with Beaulieu Vineyard Coastal Estates Chardonnay 2007 (87; $10.95), a full-bodied white with a well-balanced fruit-oak profile that shows apple, sweet butter and caramel flavours firmed up by crisp acidity and light spice. I'll bet they carry it at Total Wine & More. 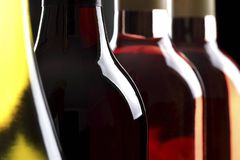 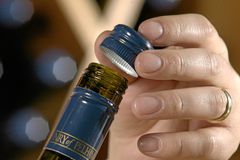 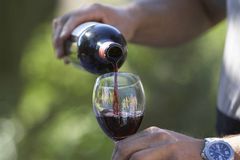 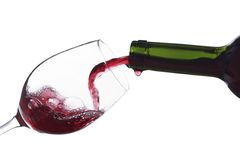