When the principal at Cambridge Public School in Embrun, Ont., a small community east of Ottawa, cancelled the Christmas concert this year to accommodate nine students who didn't want to participate, she thought it might upset a few families.

She underestimated the backlash. Principal Mhairi Rowland received more than 300 e-mails from across Canada, many of them vicious. The kinder critics called her a Grinch and accused her of cancelling Christmas.

Embrun's tempest is just one example of the increasingly angry reaction to what some perceive as excessive accommodation of non-Christians at Christmas.

Instead of having the nine students sit in the office during rehearsals, Ms. Rowland decided the school should instead have a February concert not tied to any religion. While some parents were happy, others lamented the loss of a local tradition.

Christmas has become for many Canadians a non-religious celebration. Although statistics show they are increasingly less likely to attend services or profess a formal religious faith, many Canadians clearly cherish a secularized idea of Christmas as a time to unite in peace and goodwill. Suggesting that Christmas traditions be altered to reflect changing demographics – as in Quebec where a town council dismantled its nativity scene, or in Ontario where a school bus line banned Christmas decorations – often leads to conflict.

These situations may become more common as demographic change continues to alter the Canadian cultural landscape. Non-Christian religions are growing steadily, while Christianity is in decline. By 2031, Statistics Canada projects the percentage of the population belonging to non-Christian denominations will nearly double, to 15 per cent. At the same time those professing a Christian faith will decline by 10 percentage points to 64 per cent. That's a major change from the nearly 85-per cent Christian-Canada of 20 years ago.

As long-standing and irreligious Canadian families mix with recent immigrants who hold different traditions, all areas of the public sphere from schools to government to social services are looking for ways to compromise and accommodate.

Nadir Shirazi, president of Pickering, Ont.-based religious accommodation consultancy Multifacet Diversity Solutions, says many managers and administrators are taking a pre-emptive approach. They radically overhaul tradition before requests for accommodation even come in – effectively swatting flies with a sledgehammer.

The mayor and council in the Town of Mount Royal, north of downtown Montreal, took the pre-emptive route this year when they banned all religious symbols from town hall grounds, including a menorah and nativity scene that have been regular features for more than a decade.

In recent years Muslims, Buddhists and others had requested their own symbols also be displayed, explains Mayor Philippe Roy. The province's human rights commission had also recently forced two other communities to stop mixing religion with government business, and Mr. Roy thought Mount Royal would be next.

While he says he approached local churches and synagogues before the decision, many Christians and Jews were unhappy about it.

As is so often the case with multicultural issues, it's the communities with the highest rates of immigration that have adapted the fastest.

Tony Pontes, the director of education at Peel District School Board – one of the most ethnically and religiously diverse in Canada – sent a memo this month encouraging staff to celebrate Christmas with their students, but also Ashura, Hanukkah, Yule and Kwanzaa.

A decade ago, when the region began to change with immigration from South and East Asia, some schools were apprehensive about mentioning Christmas with an increasingly non-Christian student population. But there's value in it, Mr. Pontes says.

"If schools are acknowledging and celebrating all faiths and all holy days throughout the year, there need not be any issue or discomfort around Christmas."

Most of the kids at Newton are of South Asian descent, and the parent council president, Bindi Gill, is a Sikh. They hadn't put on a Christmas concert in years – until this week.

Ms. Gill, who was born in Canada, has fond memories of Christmas as a child – but things have changed in the last 20 years in her community, she says. She wonders how many even know the story and customs behind Christmas.

"I've always found that Christmas is passed through under the radar," she said.

On Thursday afternoon, parents filed into the school to watch their children, decked out in reindeer ears and Santa hats, sing off-key renditions of the Twelve Days of Christmas and Jingle Bells. It was a change from the usual multicultural gala.

"We're having a Christmas concert during the day with Christmas music and there's no bhangra in there. Save it for Diwali or Visakhi or something else you're going to celebrate," Ms. Gill said.

A Christmas wish list for our many Attawapiskats
May 8, 2018 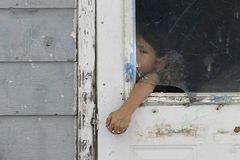 How to break with family holiday traditions
May 8, 2018 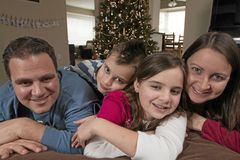 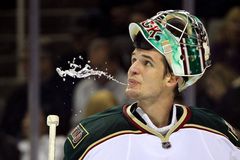 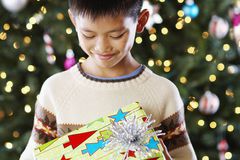 Follow Dakshana Bascaramurty and Joe Friesen on Twitter @DakGlobe @FriesenJoe
Report an error Editorial code of conduct
Due to technical reasons, we have temporarily removed commenting from our articles. We hope to have this fixed soon. Thank you for your patience. If you are looking to give feedback on our new site, please send it along to feedback@globeandmail.com. If you want to write a letter to the editor, please forward to letters@globeandmail.com.
Comments