Whether you're about to cross the border for Black Friday deals, or you're still allocating your holiday budget, shopping for cameras is a tricky business. There are so many brands, so many models and even more price points. So, we asked camera junkie and gadget reviewer Tim Barribeau to break down the kinds of cameras you should buy for different types of shooters in your life. Whether you want the best for the semi-pro snapper, or just a good value device for anyone, these are the Gadget Gift Guide's picks for the season. Happy hunting! 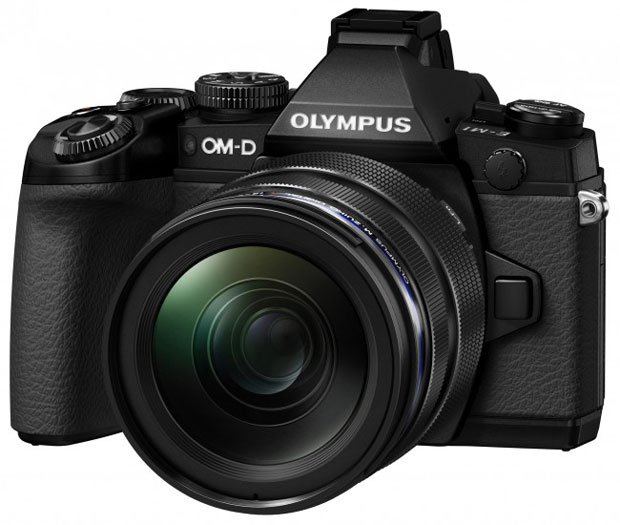 There are two cameras right now that seem to be trying to prove that if you want professional quality photos (and aren’t afraid to pay for it), you don’t need a huge, hulking DSLR. The Olympus OM-D E-M1 is arguably the best mirrorless camera currently on the market. It has an excellent sensor that takes much better images than its size would suggest, the best electronic viewfinder around, access to the huge Micro Four Thirds stable of lenses and the most effective stabilization system out there. Its all packed in to a body that’s tough and incredibly water resistant. It’s a camera for any and all situations – though the $1,400 price tag is pretty steep.

The other option, if you don’t need something under the tree immediately, might be the recently announced Sony A7 and A7r. These devices manage to take professional level image sensors (what’s called “full-frame”, the size of a traditional frame of film), and squeeze them into a mirrorless body. This pair of cameras hasn’t launched yet (pre-orders may not ship until January 1, 2014), but I’m excited for when they will. The first hands-on reviews suggest that they have the image quality of the biggest and the best professional level SLRs. Which may mean that mirrorless cameras will start to make much bigger inroads for pro-level shooters. 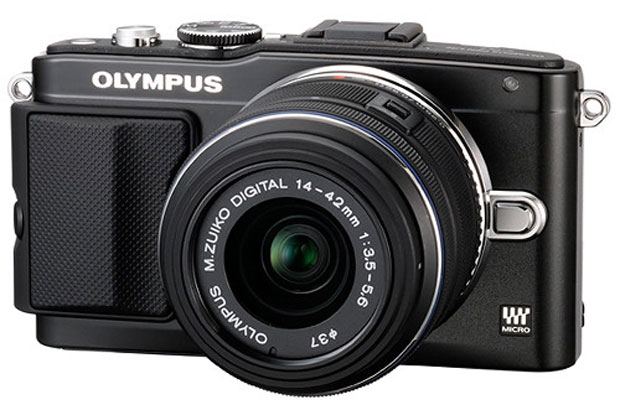 For the Enthusiast (mirrorless camera)

If you want a good mirrorless camera – one that will take sharp and high-quality images, that’s easy to use, and that if can then be expanded into things that are much, much greater, the camera to get is the Olympus E-PL5. It’s not the biggest, or the brightest, or the best. But for $600, it sits in a nice sweet spot: a step above the cheapest cameras – which means that it has better components – but it’s not so expensive as to be out of reach of mere mortals. A Micro Four Thirds camera with excellent build quality, has access to a whole slew of lenses that range from the most affordable to some of the highest quality of all mirrorless cameras. It’s a perfect choice for if you want something that’s far enough above the low end to make a difference. 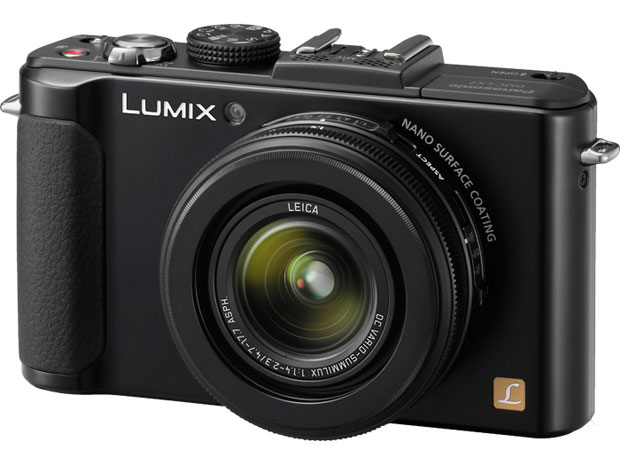 For the Enthusiast (point-and-shoot camera)

A nice affordable, but still feature-filled, camera is the Panasonic LX7, which goes for around $400. It seems to be a bit in short supply right now, but if you can grab one it’s a great camera for a lot less than you pay for the even better Sony RX100 II . The LX7 is the latest in a long family of higher quality point-and-shoot cameras from Panasonic, and this time the company has pulled out all the stops in producing the fastest lens we’ve ever seen on a camera in this price range. Clocking in at f/1.4, it will let in a tonne of light. It also has a sensor that’s slightly larger than what is found in most affordable compact cameras, which means it just takes better photos. It also has a full set of manual controls (if you like that sort of thing), and two rings around the barrel that you can use to set aperture and aspect ratios, both of which are nice touches. If you know what you’re doing with a camera, it’s a great pick for an enthusiast. 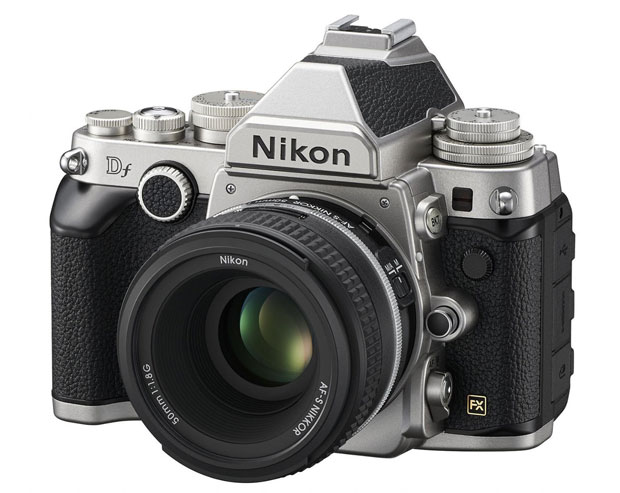 For the Retro Enthusiast

The Nikon Df takes the guts of a top of the line, professional level Nikon DSLR, and puts it in the body that’s the spiritual successor to the famed Nikon F. Billed with the tagline “Pure Photography,” this digital camera doesn’t even record video. It has many touches that a classic photographer will appreciate, such as dedicated top dials for shutter speed and ISO. Nikon have even put in a system so that it can properly meter from old lenses, so you can go back even further into Nikon’s back catalog of glass. But this magnificently designed beast doesn’t come cheap – when it launches later this year, it’ll carry a whopping $3,100 price tag. For the dedicated retronaut only. 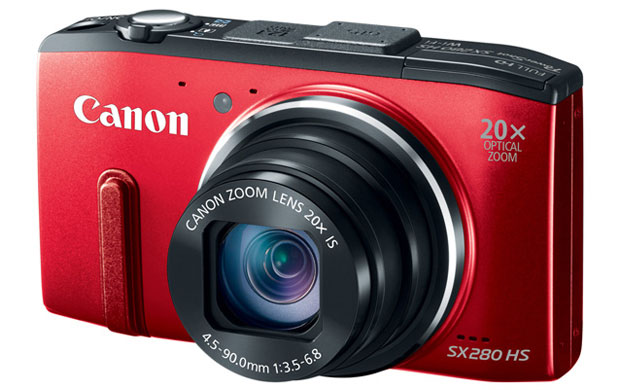 The Canon SX280 is the camera to get for if you want something that’s reasonably priced, easy to use, and that is great for almost any situation – especially for travel. The SX280 manages to squeeze a huge 20 times zoom into a body that you can easily throw into a purse, coat pocket or just keep hanging around your wrist all day. It’s an impressive feat of optics to get that much zoom into such a tiny body, and it means you don’t have to lug around gear like those big ultrazooms. It’s great for shooting your kid’s sports, wildlife while hiking or zooming in on details when visiting a new city. The image quality isn’t on par with some of the other cameras we’ve talked about, but for $280, it’s definitely respectable, and flexible enough to use anywhere and everywhere. 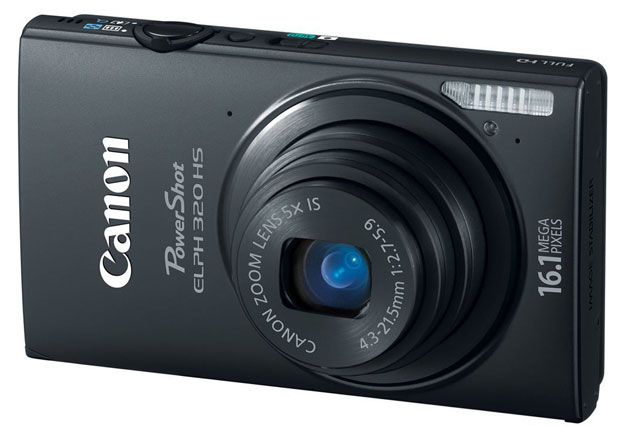 Sometimes, you just need a good, cheap camera that’s dead-easy to use. I’m not going to lie, I’m a sucker for Canon cameras when people ask me for suggestions – you can generally rely on them to combine decent image quality for the price with some of the most straightforward and clear user interfaces around. Usually, I say grab a slightly stepped-up model that’s a little bit older and has dropped in price a bit rather than the very newest but bottom of the barrel model. In this case, the Canon 320HS is a solid choice, and one of the better cameras around for less than $200. It has a touchscreen, which makes it very simple to use, and adds useful features like being able to tap to focus. It also has a built-in Wi-Fi system, so you can quickly share images – and the photos are as good as you’ll get for something this small and this cheap. So if you need a camera for someone who doesn’t want to fiddle with the technical side of things, it’s a great (and affordable) option. 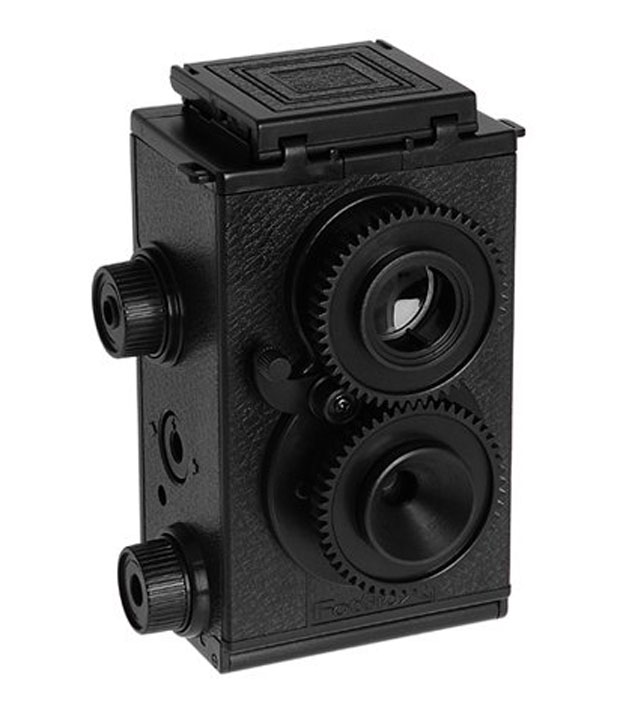 Lastly, I’ve got a suggestion for a kid who likes projects or models, someone who digs toy cameras or just for an inveterate tinkerer. This is a plastic DIY film camera, based on a classic twin lens reflex design. Sometimes it’s called the Recesky, or the Fotodiox DIY, or maybe even the Gakkenflex. But they’re all the same plastic kit, found mostly online and typically sell for between $20 and $40. And just like a model, you build it yourself out of included bits of plastic. There’s no glue required (though it does take a bit of finessing, and a good few hours of time). The exposures are a bit funny, and your images might come out a slightly odd colour, but that’s half the fun. Just one tip: Google around for alternate instruction manuals. Some of them are pretty horribly translated, and make an already tricky build even more difficult.