We ask a lot of cookbooks: to make us hungry, to comfort and entertain us, to open new worlds that are visible only through food. We want all that and we want them to help us cook delicious things, too. These are Chris Nuttall-Smith’s top picks from 2014 – 20 books that deliver all that and will keep you coming back for more: 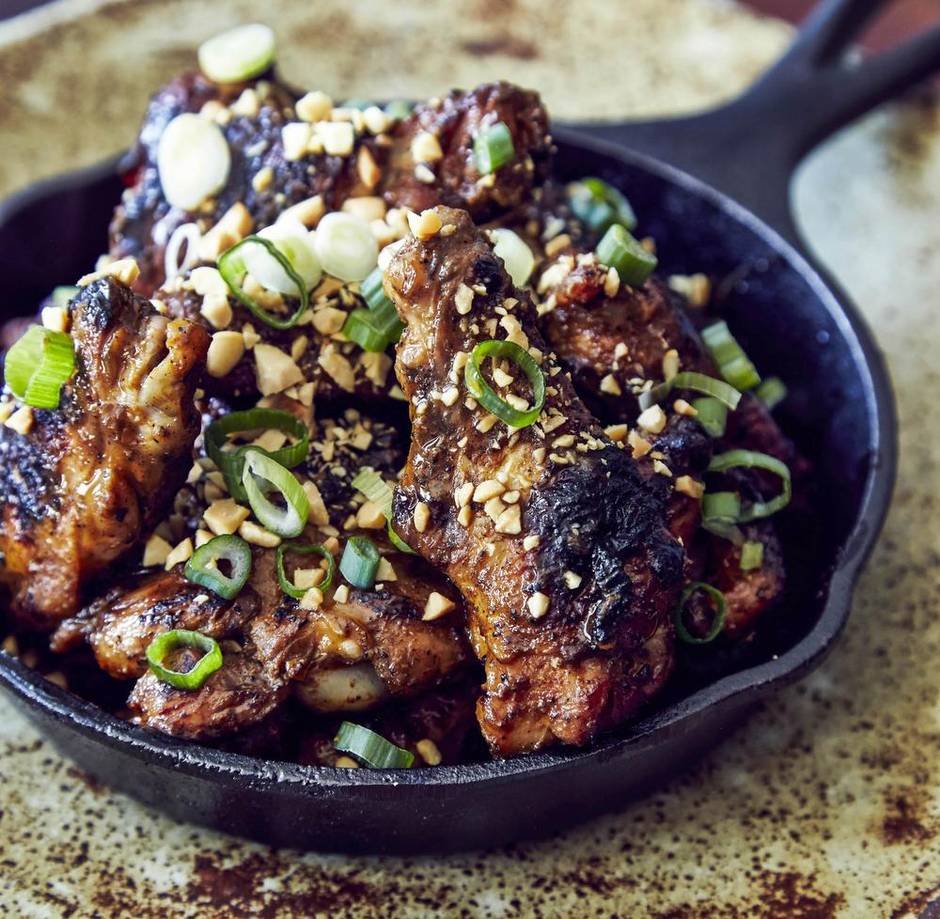 For domestic divos, budding chefs (and real chefs too)

The first cookbook from the chef and owner – and best-selling memoirist – behind one of New York’s most beloved little bistros, Prune is written like the pages of a restaurant cook’s recipe binder, complete with all the smudge marks and stern marginalia. The recipes are French, sort of, and Italian, sort of: duck liver garbure with toasted chestnuts; carrots with preserved lemon butter and honeycomb – all filtered through Hamilton’s singularly refreshing lens. An instant classic, and my favourite cookbook of 2014.

A Kitchen in France: A Year of Cooking in My Farmhouse, by Mimi Thorisson

As you cook through this effortlessly elegant look into a kitchen in the Médoc countryside, you’ll have no doubts as to why so many top North American chefs have farmhouse French on their lips of late. Thorisson, a star food blogger and television host, makes excellent almond soup and chestnut ice cream, rustic beef cheeks stewed in wine and a knockout potato and Comté cheese pie.

A backwoods Virginia coal-country boy who grew up to become one of North America’s most respected chefs, Sean Brock embraces his roots rather than forsaking them. Heritage is a sublime journey into the soul of Southern cooking, with star turns from once-lost Southern ingredients, and cheffy, must-make recipes for the likes of dilled green tomatoes, brown oyster stew and bang-on fried chicken and gravy.

The pioneering Toronto chef has built his career adapting classic French techniques and recipes to Canadian ingredients. This cookbook, his third, is also his best, with dishes such as whitefish poached in sunflower oil, duck with sour cherries and a superb chicken soup enriched with wild rice noodles. The recipes are rustic and elegant, tasty Canadiana from cover to cover.

It’s rare to find a great chef who doesn’t scour old cookbooks and journals for inspiration; Blumenthal, the celebrated British modernist, does several better than that, enlisting top culinary historians to help reinterpret centuries-old dishes into preposterously complex modern restaurant recipes. The journey, documented in a series of fascinating essays and stunning pictures, makes for a deeply engrossing read. (First published last year at $160; this is the $75 re-release.) 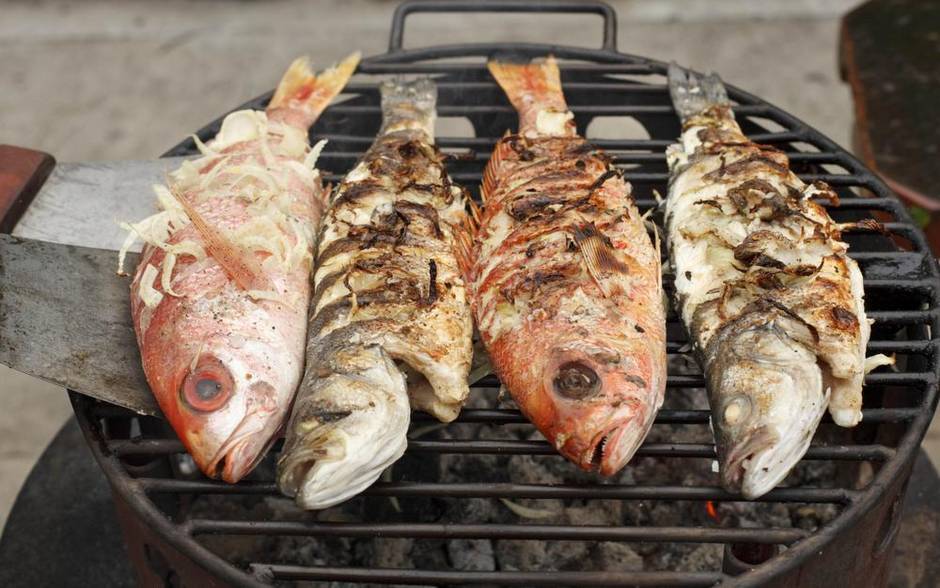 Mallmann on Fire, by Francis Mallmann

The Argentine Mallmann is a master of gaucho-style cooking: Picture a roaring fire, an open plain and enormous cuts of fish and beef and you’ve pretty much got this book nailed. The man brings certifiable artistry to grilling: a whole pork leg, say, roasted slowly over embers and sauced with orange, black pepper and rosemary, or chicken livers seared on a scorching flattop with charred endives and parsley oil. If you’ve got a barbecue loon on your list, this one’s a gimme.

The breadth of this superb, 700-page Mexican cooking bible is astonishing: There are more than 30 regionally specific salsa recipes alone. While it won’t be the last word for all Mexican food lovers (some of the recipes are notably stripped down), it’s a sure-fire first reference, with beautiful photos throughout.

My Portugal, by George Mendes

If you’ve eaten in Lisbon or Porto recently, you’ll know that Portuguese cooking is one of the most vibrant, delicious and up-to-the-moment cuisines on the planet. George Mendes, the chef at New York’s acclaimed Aldea restaurant, brings that sense of progress to every dish in this exquisite cookbook. There are plenty of chef recipes (crispy pig’s ears with ramps and cumin yogurt), but enough simple, gorgeous entries, too (linguica and chourico omelettes; vinho verde-poached plums; an off-the-charts tasty seafood rice) to make it a must in any cosmopolitan home cook’s collection.

Punyaratabandhu’s recipes are simple, but she hasn’t dumbed them down for North Americans. She’s a masterful hand-holder: If you love Thai food but the ingredients and preparation have you cowed, this is the book to get. There’s a sensational red-curry duck with pineapple, excellent papaya salad, real-deal hot-and-sour chicken soup, and sensible advice about what to make yourself and what to cheat and purchase at the Asian grocer’s.

Peruvian cooking has everything it takes to become the next big international cuisine: exotic, bright-tasting ingredients; novel, but recognizable dishes; an inborn sense of decadence and fun. What it doesn’t have much of is top-level Peruvian chefs or restaurants. London-based Morales is intent on fixing that; this approachable little book is an excellent guide. There’s a tasty quinoa, butter-bean and avocado salad; mussels with cloves, cinnamon, star anise and finely chopped salsa; cassava and cheese croquettes; and a light, sweet cake made with the Peruvian spirit pisco. 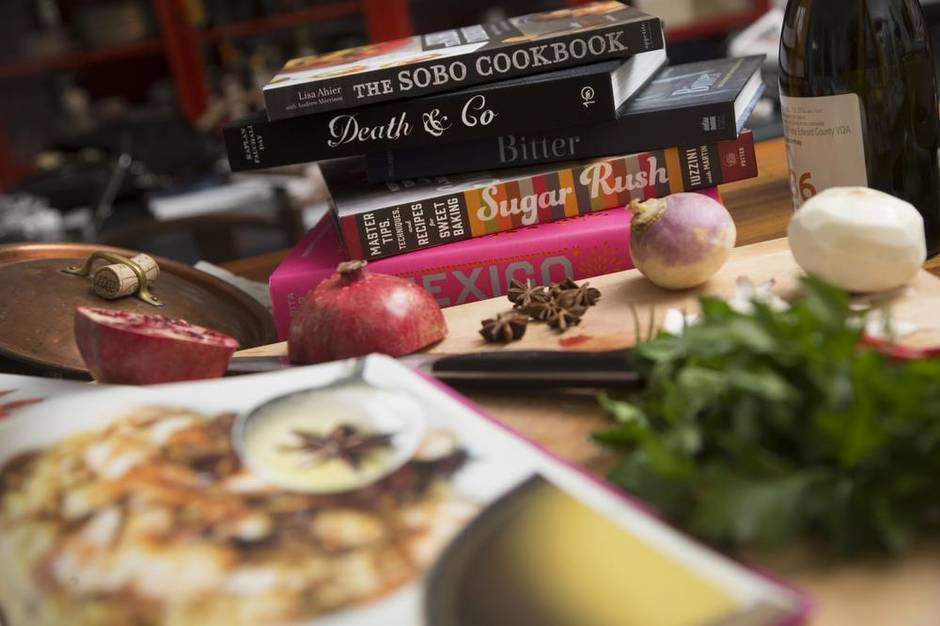 Photo by Peter Power for The Globe and Mail

Iuzzini, an all-star New York pastry chef, breaks down dessert-making fundamentals into photo-illustrated step-by-steps that anybody can follow. The recipes are sweet and populist, often with cheeky twists: frozen dark and stormy soufflés, Jamaican Christmas cake (with three cups of booze in it), a springtime strawberry and tarragon tart. The cover calls Sugar Rush “a complete baking course in a book;” that description’s not far off.

Medrich, one of the best baking authors going, chooses to emphasize what’s in her recipes – novel, approachable ingredients such as chestnut, coconut, teff and sorghum flours – rather than what’s missing. Namely, gluten. It’s a semantic shift, but also an enormous one: Her chestnut meringues glacées, carrot coconut almond torte and fluffy, buttery white-rice Genoise cake taste like celebration instead of self-denial. Superb. 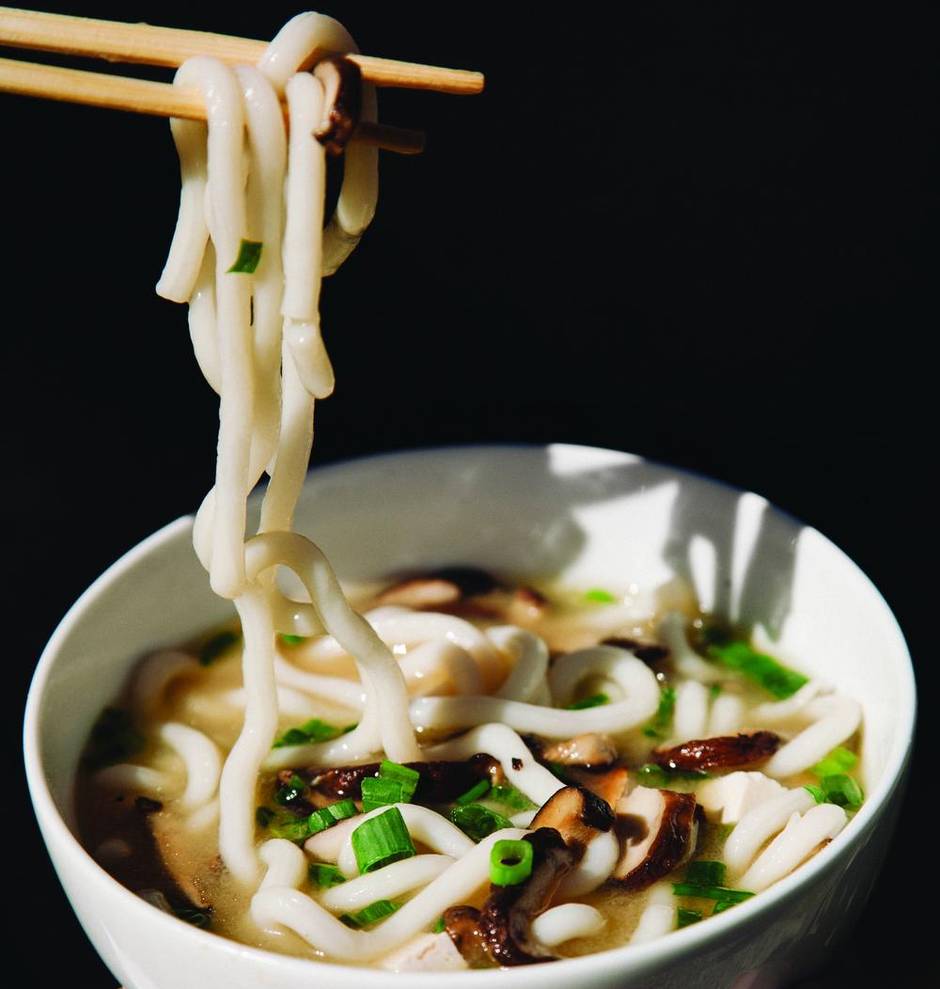 The SoBo Cookbook: Recipes from the Tofino Restaurant at the End of the Canadian Road, by Lisa Ahier

Lisa Ahier is originally from Fort Worth, Tex., and learned to cook at the Culinary Institute of America. At SoBo, her famed Tofino, B.C., restaurant, the chef has melded all those influences – along with a classically West Coast hippie sensibility – to wild, outer Pacific Coast ingredients. Dulse, geoduck, oysters, nettles, salmon and scallops all make starring appearances in this excellent recipe collection; one standout combines kombu, bonito flakes and Japanese noodles into a brilliantly intertidal winter noodle soup.

Marcus Off-Duty: The Recipes I Cook at Home, by Marcus Samuelsson

It’s no surprise that Marcus Samuelsson, who was born in Ethiopia, raised in Sweden and rose to star chefdom in New York, incorporates many cultures into his cooking; what’s brilliant about his latest cookbook is how easy he makes it all. These are hot-weather flavours, largely: plantains mashed with coconut milk, fish tacos, Durban curry buns, fire-grilled peaches with prosciutto. If you’re keen to stretch your family’s palate a little, this is a terrific place to start.

The London-based McDonald sisters are masters of the scratch-made, kid-friendly recipe, written with humour and good sense. There’s poached whole chicken with fennel and peas, “squeaky pockets of halloumi loveliness,” cocoa-spiked “hipster chili” and a five-minute microwave chocolate-cake-in-a-cup that might just blow some little minds. This one’s in heavy rotation around my house. 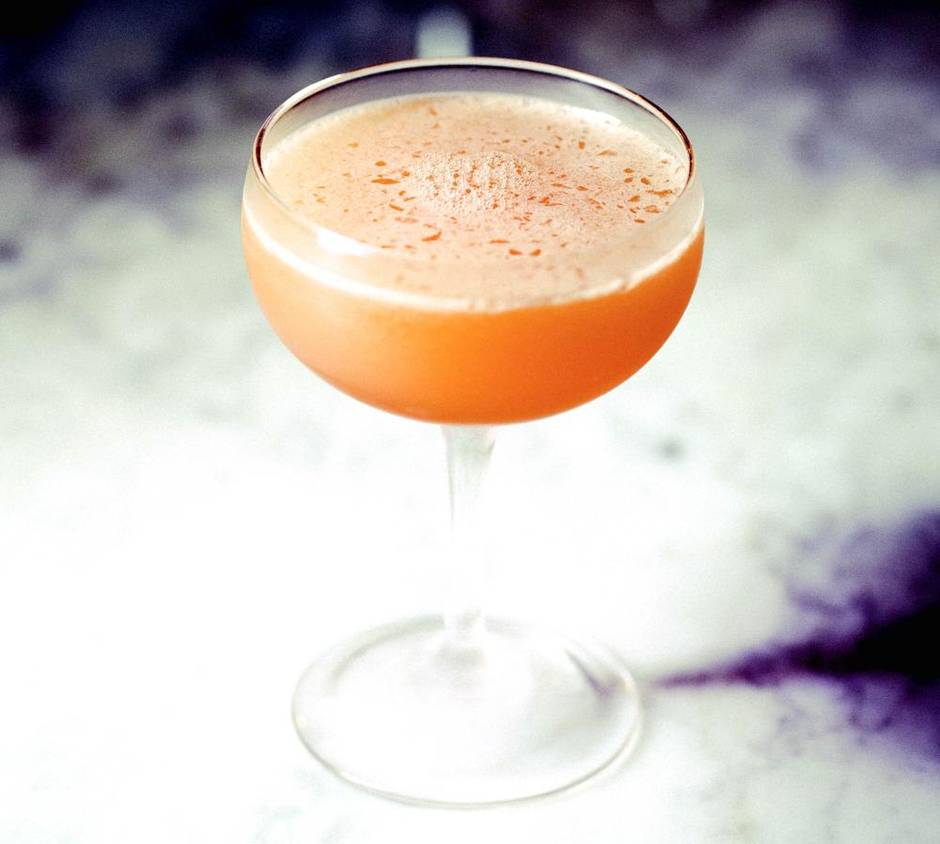 The concept is gloriously simple: Instead of recipes, this indispensable reference gives buying information, “flavour affinities” and key techniques for just about any fruit, vegetable or vegetarian-friendly foodstuff imaginable, from acai to jaggery to zucchini blossoms. Want to know what to do with that farro, for instance? There are more than 100 ideas here. And that’s just one entry. The most useful food book I’ve encountered in years.

Bitter: A Taste of the World’s Most Dangerous Flavor, With Recipes, by Jennifer McLagan

Bitter’s been a bad word for far too long. McLagan, one of the most prescient food writers going (her multi-award-winning books Fat and Odd Bits helped rehabilitate animal fat and offal), celebrates it here as a desirable flavour – “the gateway to adult taste.” There are eye-opening recipes for everything from dandelion-spiked potato rosti, Campari granita and lamb with dark-chocolate pepper sauce to a (wildly bitter, but beguiling) Asian bitter-melon and pork fry-up.

If you buy just one cocktail book, make it this one. By the partners in one of New York’s most revered and beloved bars, Death & Co goes well beyond the usual dump-and-stir instructions, with detailed, highly entertaining entries on everything from glassware to ice (the ice section is genius) to stocking a bar to, well, cocktail recipes. It’s The French Laundry Cookbook for boozehounds; I’d tell you to enjoy it responsibly, but then what would be the fun?

Everything you’ll ever want to know about buying, cooking and serving lobster, by the founder of Toronto’s popular (and pretty terrific) Rock Lobster restaurant chain. Pettit’s approach is as populist as they come: There’s lobster bruschetta, “lobsicles” with Sriracha mayo, lobster thermidor made with spiced rum, and some of the best lobster rolls you’ll have this side of Nova Scotia.