The other day I came across my girlfriend playing with the Husband Motivator, an app released just in time for holiday shopping season.

It's a four-step guide that helps her profile my personality and then coldly manipulate me into doing whatever she wants, whether it's planning a romantic vacation or buying her the gift she'd like to receive. She said it was stupid and deleted it, but I may have to scan through it to see if "this is stupid" is actually part of the propaganda machine.

But women shouldn't need to resort to covert operations to get something they want this holiday season. Men aren't all complete morons. Only some are.

So for them, I've consulted my experts and collected some handy Do's and Don'ts to take along with you to the mall.

Do … take the hint

That dress that she tried on was too expensive to buy on a casual stroll in October, but she actually admitted she looked great in it, and we all know how often hell freezes over. If you're lucky, it'll still be there, in her size. You can put a personal stamp on the gift by making it a surprise. My friend Mary's husband put floor tiles in the gift box containing a dress she liked in order to still give her the shock and awwww.

Don't … buy a feminist an apron

It was the seventies and my mother was marching the streets to take back the night. That's when her first husband bought her something to protect her pretty clothes when she came home and cooked. So thoughtful of him, right? That marriage didn't make it past another year.

For our first Christmas together, I bought my girlfriend a coaster with a painting of Lady Gaga on it. She hates Lady Gaga. I defended Poker Face as good exercise music, but okay, I sometimes sing aloud to Alejandro in the car. We argued the merits of Gaga on our first date, something she can now remember with nostalgia as she drinks a gin and tonic and listens to something cooler. Tip: Teasing works best with smaller gifts. I doubt tickets to a Gaga concert would have worked. Unless it was in Paris.

Don't … make a joke if it's not funny

"My husband once produced (with a smirk) a small, gift-wrapped box on my birthday," one woman wrote in an e-mail. "About ring-sized … but it contained only a few paper clips taken from his office drawer." His defence, she told me, was that she could always buy what she wanted with their joint credit card. Now that's a gag gift, but not the good kind of gag. (She's never forgiven him.)

Do … use money to buy love

Fine, not buy. Show. It's true: Bling can be meaningful. Good jewellery costs a lot, but as my friend Andrea says, "it also means that he's thinking about your personality, your style, your looks, and that he wants to see it on you. Presumably, it means you'll be around for a while." Tip: If you're going to make that commitment, make it. One of Andrea's exes told her after he'd handed her a book that he had almost bought her Tiffany earrings – but he thought maybe it was too early in their relationship. Her response: "AS IF."

One friend received a $700 expensive spa set from her husband (now ex) for Christmas. It included "a white robe, slippers and – I swear to God – a matching white terry cloth headband." She returned it to the store because she hates spas, something that he knew about her – if he'd been thinking. "There was a lot of money about at that time, but I'm not a lady who lunches. It looked as if he'd walked in there and bought a gift for a valuable personal assistant." The more money you spend to impress her with a gift that isn't anywhere close to what she'd want, the more you look like you think you're pretty awesome.

Do … show her that she's your muse

My bud Ray writes a poem to his wife every Hanukkah that summarizes everything that happened that year. She loves them. However, a tip: Not every woman will understand the mental effort and emotional anguish the creative process involves, so best to pad your masterpiece with one of those aforementioned dresses she liked.

"I had an arty boyfriend many years back who gave me the DVD case of the film Face Off with Nicholas Cage and John Travolta. There was no DVD inside – it was just the case," my friend Kathryn told me. "He also gave me a used Dutch-to-English Lilliput dictionary. I think he found it in the garbage." Anti-capitalism is trendy right now, but you can leave it to the Occupiers and do something nice instead. Kathryn said the DVD case appeared to inspire him to rub her face with his hand and say "face off" like one of the actors does in the film, but I bet she'd rather he'd occupied the bedroom with some massage oil.

Good luck out there. And if all else fails, go ahead and try the Husband Motivator on yourself. 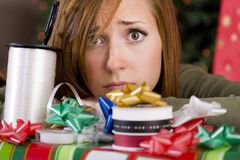 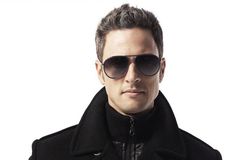