We asked the authors of our favourite books of the year a simple question: Which books did you love most in 2013?

I had an inspired stretch this fall when I read three great books in a row. First, Jonathan Dee's A Thousand Pardons, followed by Charles Belfoure's The Paris Architect – both powerful and moving accounts of ordinary people coming to make difficult moral choices. Then I read Patti Smith's Just Kids – her memoir of Robert Mapplethorpe and coming of age in 1970s New York. I finished it in one sitting, then wept. It's that good.

These questions are so difficult to answer! Should I do biography – in which case it is Bertie, a marvellous life of Edward VII by Jane Ridley; history – hard to choose among so many but perhaps Wade Davis's Into the Silence about the ascent of Everest, which ended with the deaths of Mallory and Irvine; or a novel? I choose the last. The best thing I read in 2013 was Barbara Kingsolver's Flight Behaviour. It is, like all her work, beautifully written with a wonderfully keen eye for human beings in all their messy and fascinating reality. It is much more, though: a wise and passionate plea for us to stop ruining our planet. Much of the plot centres around an extraordinary and unprecedented out-of-season migration of monarch butterflies to a valley in the Appalachians. It is a thing of great beauty, for the trees and the air are filled with golden wings. Yet the miracle threatens to wipe the species out because they have come just as winter is starting. Kingsolver writes with urgency but she also tells a great story. And if I am allowed one last book – the one I most want to read next is Joseph Boyden's latest.

The Way We Live Now by Anthony Trollope and Hiroshima by John Hersey. The first because, allowing for differences of period style, it's still, or again, the way we live; the second because it's the journalistic work that so many of us emulate and are guided by, sometimes without knowing it.

The Secrets Of Happy Families: Surprising New Ideas to Bring More Togetherness, Less Chaos, and Greater Joy by Bruce Feiler. The ideas it has about being thoughtful and creative on how you approach your family life are really interesting.

I don't read enough fiction – a character flaw – so like many casual readers, I take cues from the New York Times. That newspaper's weekend Magazine ran a gorgeous essay last January with the title, "George Saunders Has Written the Best Book You'll Read This Year." A bold prediction, so early in the year, and others disagreed – but for me, it proved correct: I loved Saunders's collection of short, dark, entrancing stories. The magic of Tenth of December: Stories might have been partly contextual, because my girlfriend and I read them to each other at night as we travelled together from New York, to Toronto, to Kabul. This book is the perfect thing for reading aloud in the dark, because the plots have the spinning, vertiginous quality of dreams. These stories give you nightmares, but they're worth it.

My favourite book of 2013 is Minister Without Portfolio by Michael Winter. A book about loss, a book about war, told from a perspective we don't often get. Ultimately it is a novel about finding redemption through the small things. Winter's prose is so enlightening and well crafted. As sharp as a knife. A young literary lion is getting a little grey about his muzzle and it suits him well.

The best book I read this year was A Heart So White by Javier Marias. I read it twice in fairly close succession and am looking forward to a third reading, and more. The book contains what may be the most skilfully choreographed scene I've ever read, a four-way miscommunication involving two politicians (one Spanish, one British), a translator (who willfully mistranslates them), and an interpreter (before whom the resulting drama unfolds). The title comes from a line of Lady Macbeth's ("my hands are of your colour, but I should scorn to wear a heart so white") and her role and function, in spurring her husband to evil, and giving shape to his obsession, is refracted and explored in the book in fascinating ways. I'm working my way through Marias' other novels now.

My favourite book of the year was James Lasdun's Give Me Everything You Have, because it surprised me. It's a memoir about being stalked, so I was expecting a kind of titillating, easy read (not being familiar with Lasdun's work). I downloaded it as an audiobook, easy non-fiction reads are the kind of books I like to listen to – stuff I don't have to pay too much attention to as I clean the house or exercise at the gym. Fiction and other work that I want to immerse myself in, I always read in print. But it turned out Lasdun's book was completely wrong for my audiobook needs – it was so exquisitely written and compelling I couldn't get anything done! Instead of doing the dishes I would just be in my kitchen, pacing in circles so I could focus on every word. Since then, I've read and enjoyed Lasdun's fiction – in print. But Give Me Everything You Have is the work that really stays with me.

Vampires in the Lemon Grove, by Karen Russell. Whether you call it magic realism, surrealism, or magical thinking (as Russell herself has called it), Karen Russell is one of the most innovative and powerful writers at work today. This collection of stories is her newest and best. 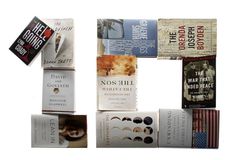 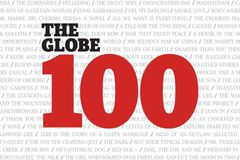