Let’s face it, traditional holiday trimmings can get a little ho-hum. Why not shake things up: salt-roast a fish, make double-decker latkes, serve up some winter ale. Jon Sufrin talks to leading Canadian chefs about how to make this year one to remember 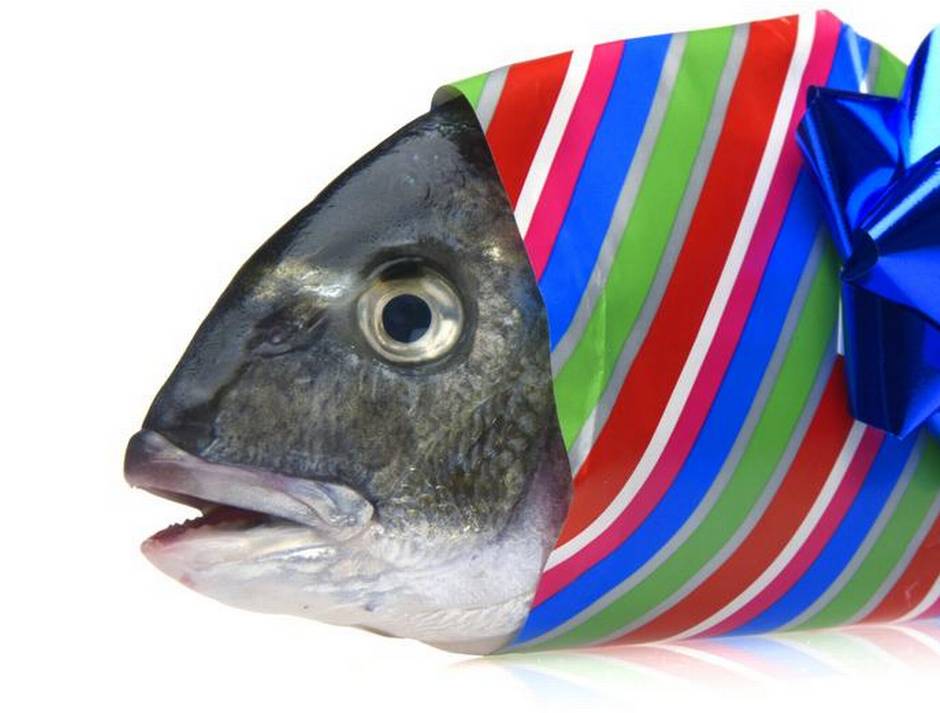 Let’s face it: Turkey isn’t terrific. It’s tough to cook, and the payoff just isn’t there. “For special occasions, it’s not for me,” says David McMillan, chef and co-owner of Joe Beef in Montreal. Herewith, three other birds more suited for holiday meals. Just remember to source them properly (look for big, organic birds, McMillan says) and to serve them with lots of hot Dijon mustard. “At the end of the day, you really just want to eat birds and mustard, and drink wine.”

1. Duck: “Just basting it with its own fat, it’s absolutely delicious,” he says. “The way we eat at home, in Quebec, nobody plates the food. Just put a big plate with ducks on the table.”

2. Quail: “There’s nothing more beautiful than 18 stuffed quails,” McMillan says. “They are delicious, but make sure it’s an intimate family setting, because you’re going to have to eat those with your hands.” Put bowls of hot water with lemon at every setting, and another bowl for the bones. “Try to get the biggest damn quails you can spend your money on.” For a great sauce, deglaze the roasting pan with honey, mustard, soy, a splash of cognac and some sliced grapes.

3. Guinea hen: “For Christmas, I’d sooner do a guinea hen,” McMillan says. “It’s just like a chicken, but it has better flavour. It has the breasts of a chicken and the legs of a duck. That’s why it’s more fun to eat.” Roast it on high for some nice colour, then for a really long time on low, basting it often. He likes to cook the bird until he can pull the leg bones right out. Another trick, he adds, is to season it beforehand with “too much salt.”

Serving a whole fish is a classy, simple and unpredictable alternative to roasting a bird. It also takes a lot less time. For larger groups, chef Angus An of Maenam in Vancouver recommends sea bass that’s coated in salt, which preserves moisture. (If you’re new to this method, practise on a smaller fish beforehand.)

Beer can be an atypical – but perfect – beverage for the holidays. At the Michelin-starred Luksus in New York, wine pairings are eschewed in favour of beer. Here, chef Daniel Burns (a Halifax native) and his beer curator, Jeppe Jarnit-Bjergso, offer their favourite winter brews.

5. Dieu du Ciel Aphrodisiaque: “It’s made with vanilla and cocoa, and it reminds me of chocolate dessert,” Jarnit-Bjergso says. “It’s sweet, but the low alcohol keeps it a little bit dry;” (dieuduciel.com).

6. Dupont Avec les Bons Voeux: “Perfect for the colder winter months,” Jarnit-Bjergso says. “Spicy and warming. Dupont is known for its easy-drinking saisons, and this one is made for the winter season, combining Dupont’s high drinkability with winter flavours;” (www.brasserie-dupont.com/dupont/).

7. Jolly Pumpkin Noel de Calabaza: “Jolly Pumpkin is one of my favourite breweries,” says Jarnit-Bjergso. “This is their Christmas beer, but because of the yeast it’s not your ordinary Christmas beer. Not overly sweet, more dry and crisp, with wooden notes from the barrel;” (jollypumpkin.com).

8. Bellwoods Brewery Witchshark: “The Witchshark is nicely strong with the hops, but still well balanced and refreshing,” Burns says. “I don’t go for IPAs every time, but this is one that I lean toward;” (bellwoodsbrewery.com).

SHAKE UP THE SPICING

Matthew Sullivan, executive chef at Real Sports in Toronto, has had a long love affair with Asian cuisine. He also married into a Chinese family. “During a Chinese Christmas, food is the most important thing,” he says. “It’s really stick-to-your-ribs, cold-weather food.” Here are his five tips to get great Asian flavours into traditional holiday cooking.

9. Chinese sausage: “It’s so sweet and salty and fatty. It has a great soy flavour. You can use it in arancini, or for a great Chinese stuffing.”

10. Fermented mustard greens: “Chop them up and use them as a condiment with anything to replace relish, and it’s like $2 for a big bag. They’re awesome.”

11. Kewpie mayo: “It’s mayo with MSG. You can take your leftover turkey and make a sandwich with Kewpie mayo, Sriracha and shredded lettuce – that would be really good.”

12. Fish sauce: “It’s a nice little addition to any gravy that you might be making. It’ll add a nice umami, funky hit. I use Ca Com fish sauce.”

13. XO sauce: “XO sauce goes with anything, and you can use it to make your own hot pot. Go to any Asian grocery store and they’ll sell thinly sliced meat for hot pot. Make a basic stock, and dip the meat into the broth to cook it, then dip it into XO sauce.” 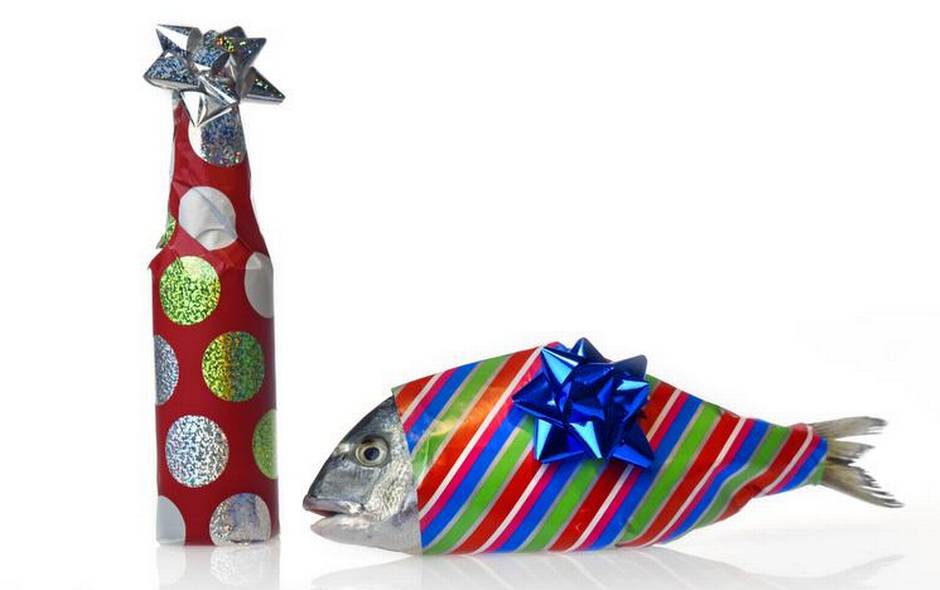 In Haiti, the Christmas drink of choice isn’t eggnog – it’s kremas, a boozy concoction usually made with rum, evaporated milk and spices. Jen Agg, owner of the Black Hoof, Rhum Corner and Cocktail Bar in Toronto, has created an elegant version with her cocktail collaborator, David Greig. “I love eggnog, and it’s delicious,” Agg says, “but sometimes it’s too much.”

There is a time and place for Cadbury’s powdered hot chocolate. For something more mature, bicerin is an Italian chocolate beverage that has been around for hundreds of years. “It’s like a combination of coffee and dessert,” says David Castellan, co-owner of Soma Chocolatemaker in Toronto. “It would be nice on its own on one of those cold Christmas days.” The idea is to build the drink in layers: one-third chocolate, one-third coffee and one-third whipped cream. Traditionally, it’s served in glass stemware to showcase the layers, but as Castellan says, “It tastes just as good in a mug.”.

“I’m lazy,” jokes Stuart Cameron, the executive chef at Patria, Byblos, Weslodge and Nao Steakhouse in Toronto. His solution for fuss-free holidays is to stock up on good stuff from the grocery store.

16. Toum: “It’s garlic and oil mixed together. It’s kind of like what aioli is in Spain. It’s basically a shawarma sauce, and you can put it on anything. It’s the best thing ever. You can find it at Middle Eastern supermarkets.”

17. Fever-Tree tonic: “I like drinking gin and tonics, and Fever-Tree is one of the great tonics. It’s good on its own, and it uses the highest-grade ingredients possible.”

18. Krinos sheep’s milk feta cheese: “This stuff is amazing. I put it on salads and in omelettes; it goes well with tabbouleh and Middle Eastern food, and I use it in tomato salad.”

19. Serrano ham: “For me, serrano ham [from Spain] is way better than any Italian ham. There are too many different kinds of prosciutto, so serrano is less bastardized.”

I feel like Neil Young always does justice. Or I might go the other route and put on Sub Pop stuff, like Constantines, Dinosaur Jr., Mudhoney, Nirvana – for some reason, that stuff is always gold as well.

I like hip hop, but I hate cliché stuff, like putting on Run DMC as the one hip-hop song. The other day I had people over for eggplant parm, and I played the new Run the Jewels album, and everyone was enjoying that.

I really like the music app Rdio, which came out before Songza. You can search by record label, or by band. You can find any album, and you can make a playlist instantly.”

During Hanukkah, nobody is ever going to complain about plain-Jane latkes, but that doesn’t mean you have to stick with the status quo. “I’m a huge fan of going a little bit out there,” says Eli Sussman, executive chef at Mile End, a Montreal-style delicatessen in New York. “Fried potatoes are so versatile that pretty much anything you put on them – sweet, savoury, salty – it doesn’t really matter, it’s all good.”

21. Double-down latkes: “You can do two latkes with fried chicken schnitzel in the middle. You can dip that in gravy. It’s an extremely rich, decadent way of going about it.”

22. Breakfast latkes: “You can take braised brisket or corned beef or pastrami and chop it up and put it in a frying pan. Put it on a latke with a fried egg on top.”

23. Root-veg latkes: “Mix in sunchokes, beets, parsnips, carrots or other root vegetables that you can grate. Mix them in a bowl with potatoes, like you would with regular latkes.

24. Herbed cream-cheese latkes: “You can take a bunch of cream cheese and chop up chives, scallions, parsley and some garlic, add a little bit of yogurt, and now you’ve got a very nice topping. There’s a Jewishy element to it, but it’s also just a nice topping for fried vegetables.”

25. Dessert latkes: “I think a chunky fig-date compote could be really good. You could get creative with it and add ginger, cumin, coriander and honey, or you could chop up some dates and figs and oranges and just put that on top of the latkes.”

Even though pretty much everybody loves ceviche, it’s almost never seen during the holidays. But as Lisa Ahier, chef at SoBo in Tofino, B.C., says, “it looks like Christmas.” Scallops are a good choice, she says, because they are almost always in season. Here’s what she does: