I have read several recent news stories that say natural health remedies, such as Cold-FX, zinc and vitamin C, don't help treat the common cold. What about all of those pharmaceutical products sold for cold symptoms? Do they do any good?

It's certainly true that natural health products don't provide a rapid reprieve from the annoying coughing and congestion caused by a cold. But, unfortunately, there's not a lot of evidence to support many of the conventional cold medications that line pharmacy shelves. And even for those products that offer a modicum of relief, they also carry a risk of side effects.

"For the majority of patients, these drugs don't really hurt, but they also don't really help," says Dr. David Juurlink, a drug-safety expert and head of clinical pharmacology and toxicology at Sunnybrook Health Sciences Centre in Toronto. "I think most people with colds would be better off just not taking anything."

Still, Juurlink understands why people spend good money on questionable remedies. A cold makes you feel miserable and "the products are widely advertised, creating the perception they are safe and effective," he says.

But science tells a different story. Here is what the evidence shows.

There are two main types of medication used in over-the-counter (OTC) cough remedies:

– Antitussives – such as dextromethorphan, or DM – which are supposed to suppress the cough reflex; and

– Expectorants – such as guaifenesin – which are meant to break up mucus in the airways.

The most extensive look at these products was carried out in 2014 by the Cochrane Collaboration, a worldwide network of independent scientists who evaluate medical research.

The Cochrane researchers reviewed the findings from 29 trials. Their analysis revealed that many of the studies were poorly done or lacked a sufficient number of patients to draw firm conclusions.

"We found no good evidence for or against the effectiveness of OTC medication in acute cough," they stated. In other words, the products might work or they might not. So you are essentially taking a leap of faith when you use a cough medicine.

Nasal decongestants attempt to combat a runny nose by narrowing blood vessels. When blood vessels in the nose become constricted, it tends to have a dehydrating effect on the nasal passages "and you're less likely to have a runny nose," Juurlink explains.

Phenylephrine is the decongestant that is most commonly used in OTC cold remedies. But numerous studies – including one published in September – have found that phenylephrine is no better than a placebo, or sugar pill.

Another decongestant, called pseudoephedrine, appears to be more effective than phenylephrine, based on feedback from patients. However, pseudoephedrine was moved behind pharmacy counters almost a decade ago because it can be used to make methamphetamine for the illicit drug trade. So you will need to talk to the pharmacist if you want a product in which pseudoephedrine is the sole active ingredient.

It's also important to know that decongestants taken orally can affect blood vessels throughout the body. That means these products may raise blood pressure and cause serious problems for some people who already have elevated blood pressure. These patients should consult with a pharmacist or doctor before reaching for a decongestant.

If you're determined to use a decongestant, Juurlink suggests trying a nasal spray (containing oxymetazoline), which targets just the blood vessels in the nose. But he warns that these products should not be used for more than three consecutive days because they can trigger "rebound congestion." Some people develop a dependence on them – and feel they still need the spray to breathe freely even after the cold is gone.

Some products use a combination of medications to target several cold symptoms. They may include a decongestant, an antihistamine and a pain reliever.

Studies indicate that antihistamines can help reduce sneezing, Juurlink says. They also have a sedating effect, which can help some people sleep – and that can be a good thing when you have a cold. But antihistamines can produce confusion, particularly in seniors, as well as cause urinary retention, constipation, dry eyes and dry mouth, he says.

Despite all of the advances of modern medicine, we still don't have a medication proven to shorten the duration of the common cold. Rest, it seems, is the only undisputed antidote.

Rather than shelling out money on dubious cold remedies, you might be better off buying a hand-sanitizer gel and focusing on prevention. Frequent hand washing is one way to reduce your chances of picking up a cold virus.

Zinc is not the best remedy for the common cold
November 17, 2015 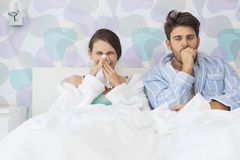 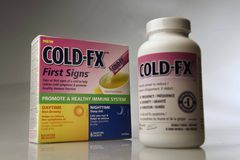 Why many nasal decongestants are useless
November 1, 2015 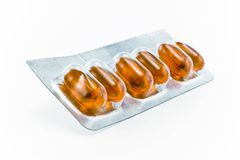 Parents need to talk to kids about how to use over-the-counter drugs
August 6, 2015 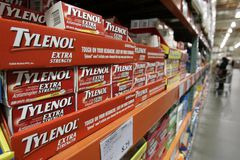