My husband's family has roots in the Toronto neighbourhoods of Mount Dennis and Weston, two neighbourhoods formerly of the city of York. Both branches of his side have been there for generations, and it is through them I acquired a love of butter tarts, date squares and bread stuffing with the holiday roast turkey. I owe his maternal grandmother special thanks for many things, including the gift of an impressive collection of her local church cookbooks.

The books are the sort compiled as community fundraisers, spiral-bound and simply designed. In hers, the pages are marked by her neat, distinct handwriting, with notes on substitutions or familial reviews of specific recipes. In one book, there is a clutch of oatmeal cookie recipes, and the one with dates includes the annotation of being my husband's childhood favourite.

If Thanksgiving is the pie holiday, then winter festivities are most certainly fuelled by cookies. These sturdy ones are homey, tweedy specimens that keep well in the cookie tin and go brilliantly with coffee, boozy nog or warm brandy. With crevassed tops and chewy fruit-studded insides punctuated by roasted walnuts, these cookies taste like winter days all bound and bundled up with oats.

Their charm is that they don't include a large amount of any one thing, so no two bites are the same, but the various bits and pieces work together to bring a general sense of seasonal cheer. The subtle spices are those of mulled cider and wine, the dried fruit evokes sticky toffee pudding and Christmas cakes and the inclusion of orange peel alongside the dark chocolate reminds me of candies my parents used to serve at dinner parties.

Years ago, when I used to make English butter toffee for gifts, it made its way into these cookies. While I now forgo the work for buying premade, the inclusion brings back those industrious days.

All that said, the base cookie recipe is easily tailored to particular tastes, and I've included some suggestions in the notes below.

Preheat an oven to 350 F (180 C) with racks in the upper and lower thirds. Line two half sheet pans or heavy, rimmed baking sheets with parchment paper.

In a small bowl, whisk together the flour, baking soda, baking powder, salt and ground spices. Set aside.

Affix the paddle attachment to a stand mixer. In its bowl, combine the butter, sugars and peel. Beat on medium-high speed until light and fluffy, around four minutes.

Scrape down the sides of the bowl and beaters, then beat for an additional three minutes. Scrape everything down once more, then turn the machine to medium and add the egg. Mix until smooth, scraping down once, then pour in the vanilla extract. Set the mixer to stir, then add the flour mixture. Once almost combined, but with flour still visible, stir in the oats, followed by the walnuts, dates, chocolate and toffee bits.

With two spoons or a spring-loaded scoop, form 12 balls of dough, using roughly 2 1/2 tablespoons for each. Arrange the balls evenly on the prepared baking sheets, leaving space for them to spread. Bake in the hot oven until puffed with dry, evenly golden tops, 13 to 15 minutes. Rotate the pans once during baking, from front-to-back and top-to-bottom. Pull the pans from the oven and immediately knock each against the stove top or counter to force out any trapped air (this will cause the cookies to deflate quickly, and make for exceptionally craggy tops). Let the cookies cool on their pans for three minutes before moving them to a baking rack to cool completely.

The cookies can be stored in an airtight container at room temperature for up to one week. Over time, the cookies will soften; to reinstate their crunch, rewarm in a low oven for a few minutes.

I usually toast the walnuts while the oven is preheating. Spread the walnuts on one of the pans and bake until aromatic and snappy, about five to 10 minutes depending on the temperature. Make sure to stir them often. Transfer the nuts to a bowl once they’re cool enough to touch. Shake any walnut dust off the parchment paper before continuing with the cookies.

Cake flour instead of all-purpose will garner a lighter, slightly crispier cookie, while whole-wheat pastry flour offers the suggestion of virtue.

If you keep the general volume of add-ins, feel free to swap and adapt as you like. Ground nutmeg, cardamom or fennel seed can take over for the ginger and cinnamon; dried figs, cranberries, cherries, apricots or brandy-soaked raisins in place of the dates; white or milk chocolate for the bittersweet; pecans for the walnuts; and dried coconut or minced candied ginger for the toffee bits. For the latter, reduce the amount to 2 tablespoons.

A generous pinch of finely ground espresso is effective in these cookies, its flinty bitterness working exceptionally well with the dried fruits suggested. 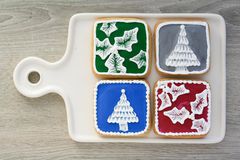 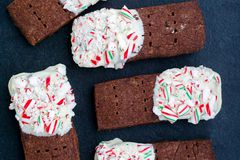 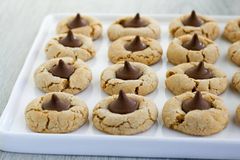