When it comes to albums, 2013 could be known as the year that Adele took a holiday and the mega-album died. Discs from bankable artists, such as Katy Perry and Lady Gaga, sold poorly relative to the superstars' track records, and reflected a further decline in album sales in general.

Not all was bleak, however. Justin Timberlake put on a suit and tie and got back to work with The 20/20 Experience, a commercially successful followup to his stellar FutureSex/LoveSounds from 2006. The disc, despite lukewarm reviews, debuted atop the Billboard 200 chart with nearly a million copies sold in its first week.

It's not all about the cash box, though. The album form thrives artistically, as the following dozen show. These works, my favourites of the year, represent breakthroughs, innovation, vision, fun and remarkable listenability. 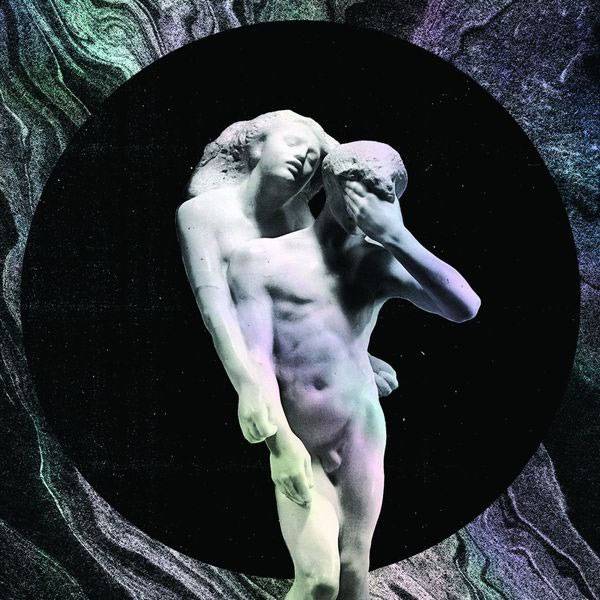 Critics twisted themselves into contrarian contortions in their bid to dislike the latest opus from the Montreal rockestra. Don’t believe the doubters, though, for the Haitian-inspired double disc is a towering, limber statement of voodoo boogaloo and serious art-rock. Essential track: Here Comes the Night Time 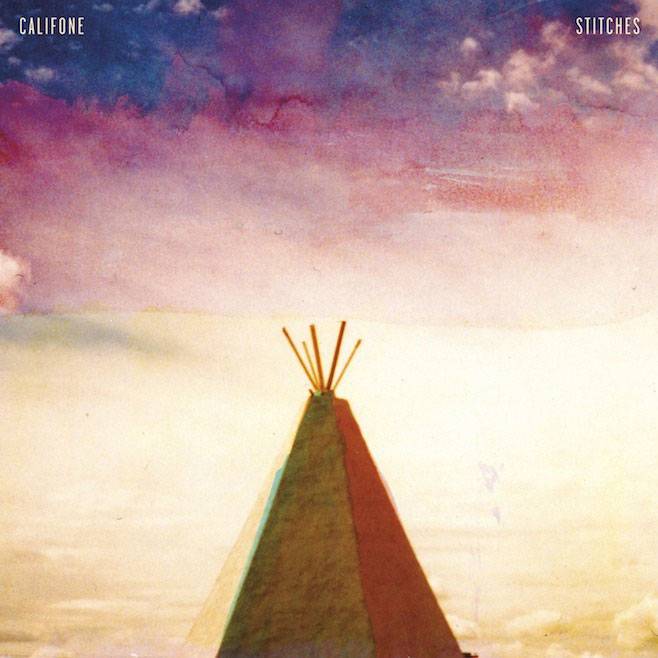 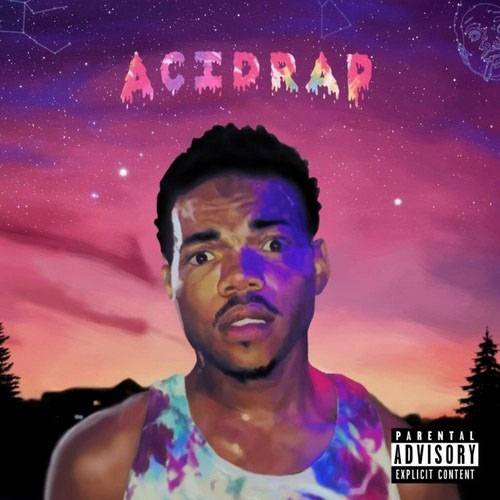 “I’ve been riding around with my blunt on my lips, with the sun in my eyes and my gun on my hip.” The adventurous second mix tape from the young Chicago rapper Chancelor Bennett is a trippy meditation on street life and paranoia. The dude is extremely cognizant, and his chilled sway recalls the grooviness of the late hip-hop icon J Dilla. Essential track: Pusha Man/Paranoia 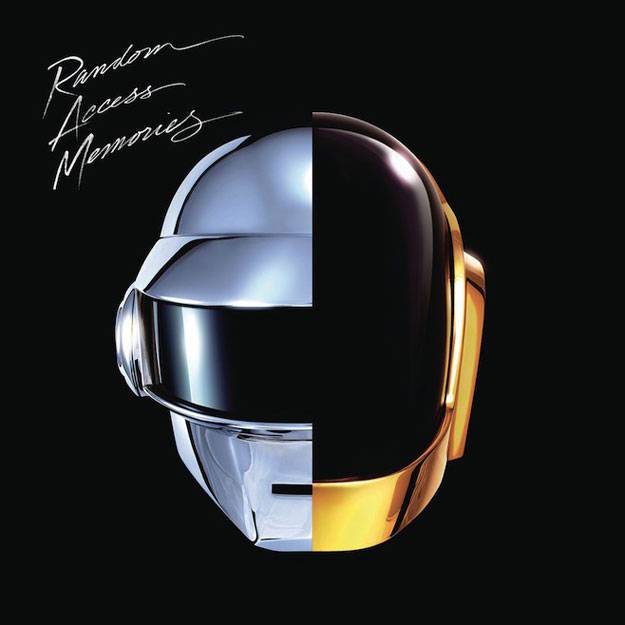 Seizing the notion that you can’t spell dance without DNA, the helmet-headed French conceptualists injected a measure of humanity into an EDM genre gone giant-sized and programmed. Collaborator Pharrell Williams handled the vocals on a pair of irresistible singles (Get Lucky and Lose Yourself to Dance) that greatly helped facilitate their own titular suggestions. Essential track: Get Lucky 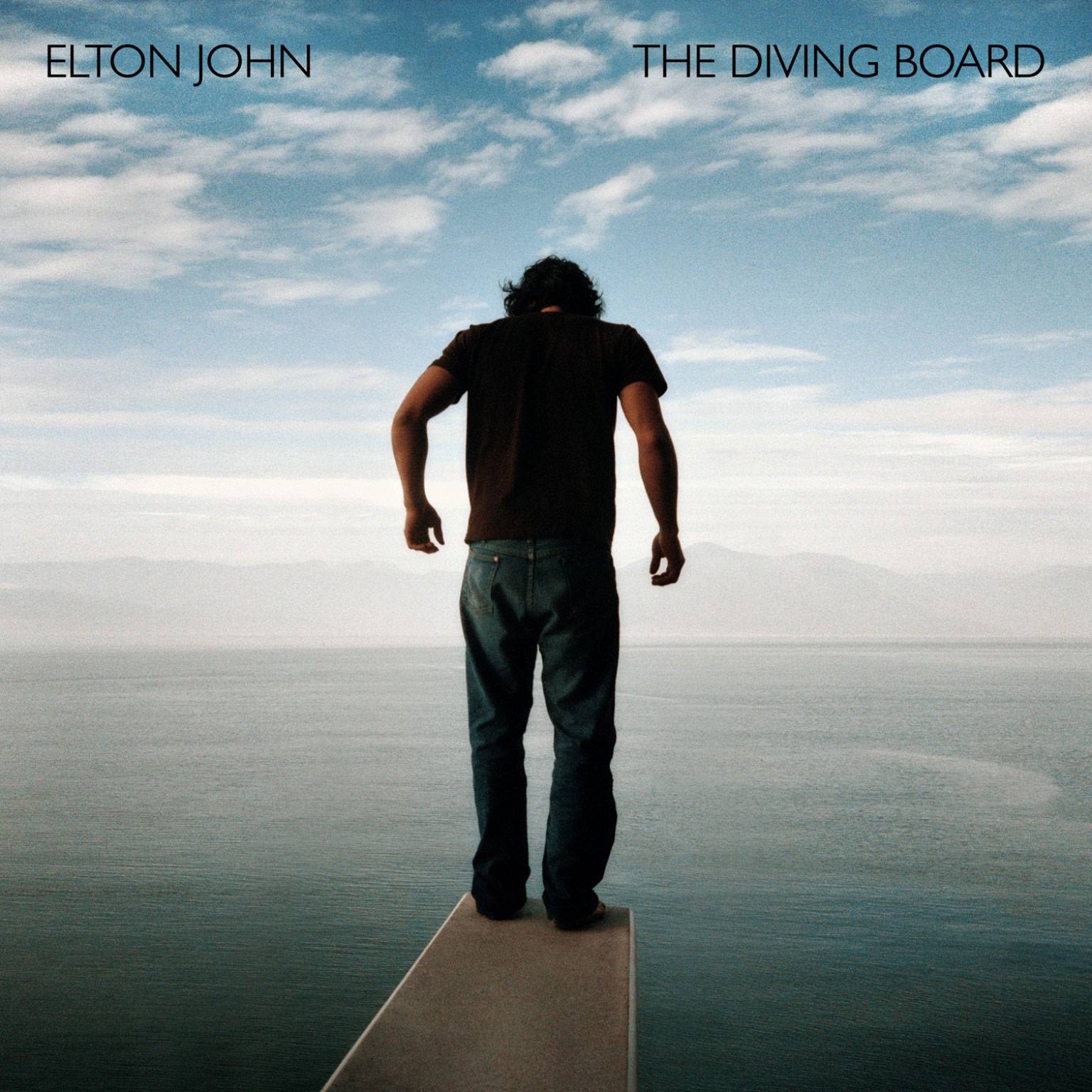 Elton John: The Diving Board

The rippled piano riffs, the barrel-chested vocals, the affecting chord progressions, a band assembled by producer T Bone Burnett and the dramatic style of the words supplied by lyricist Bernie Taupin – all the ingredients for a potent, stripped-down album from the one-time rocket man were in place. Did it come together? The proof of this pudding is in the listening. Essential track: Oceans Away 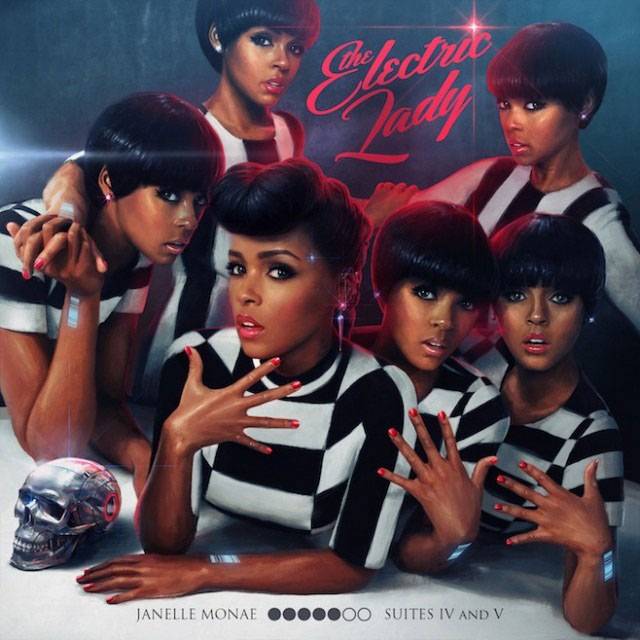 In the words of the Isley Brothers: Who’s that lady? She’s the dapper psychedelic-R&B sorceress whose spaceship set its sights on a world of chic, sci-fi and super-fly soul that functions as a funky thriller and a prequel to her acclaimed debut from 2010, The ArchAndroid. Fellow adventurers include guests Prince, Solange, Erykah Badu and Esperanza Spalding. Essential track: Give ’Em What They Love 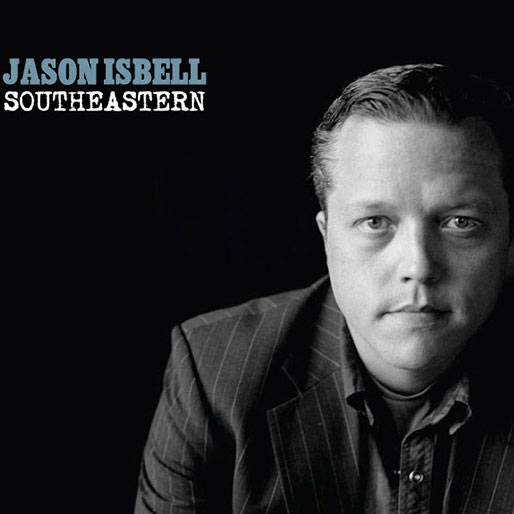 We’ve been waiting on you, Jason Isbell. On his first three solo albums following his break with Drive-By Truckers, the southern singer-songwriter and hellraiser teased with his potential. He’s cleaned up now: Southeastern is a redemptive victory of moving song and the occasional romp. After hearing his scathing Super 8, that motel chain won’t be leaving a light on for Isbell, but the rest of us are glad that we did. Essential track: Songs That She Sang in the Shower 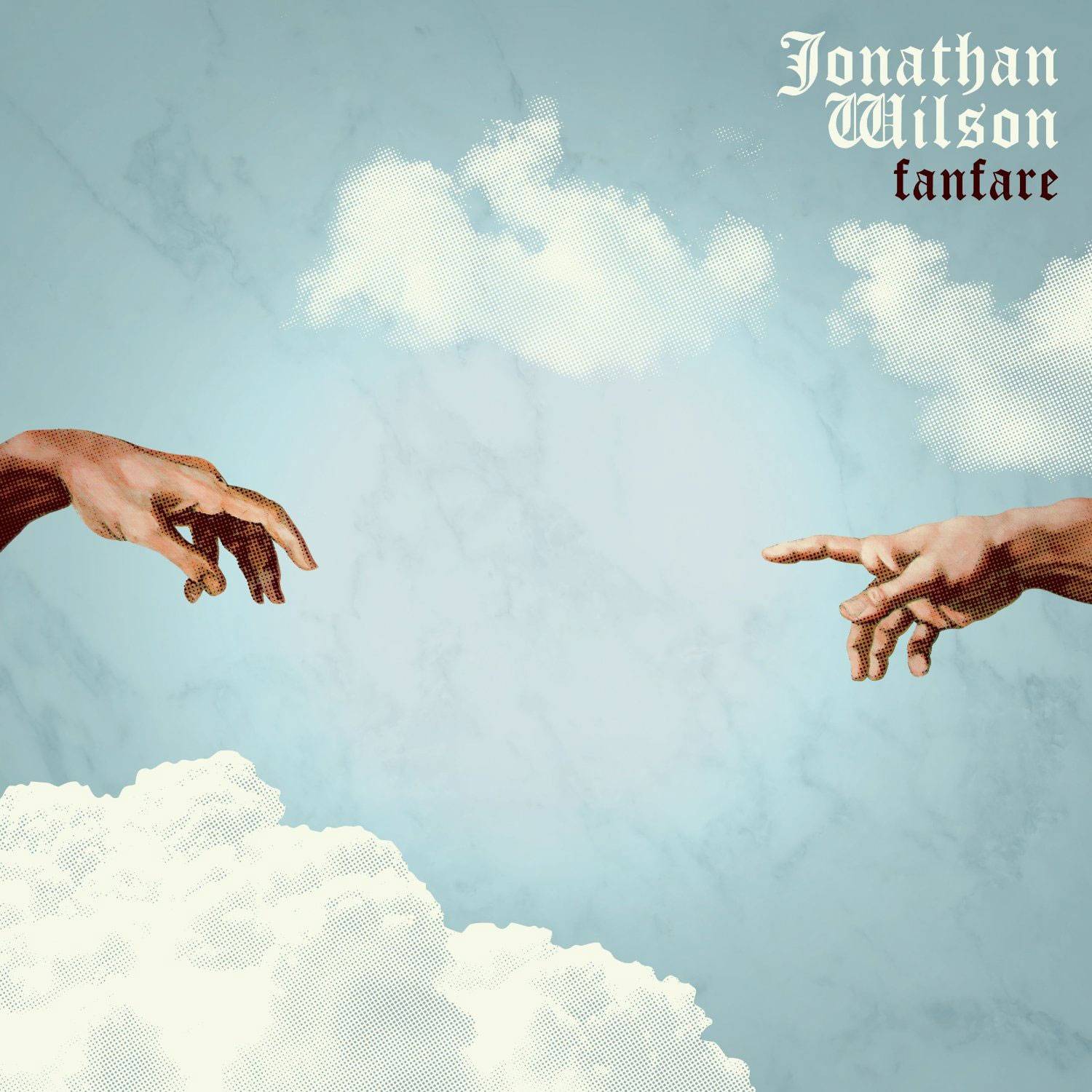 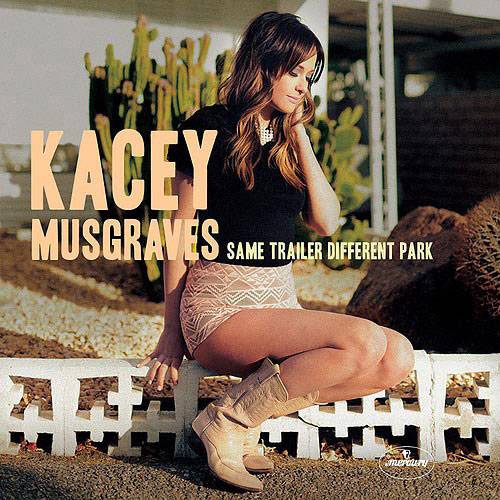 Now that it appears Taylor Swift is never, ever getting back together with country music, we can embrace the genre’s new crossover stars with no distraction. In 2013, Kacey Musgraves, Brandy Clark and Ashley Monroe all released albums that were accepted by indie-music fans, with Musgraves in particular earning fandom for her humour, open-mindedness and tuneful commentary on rural-life hypocrisy. Essential track: Follow Your Arrow 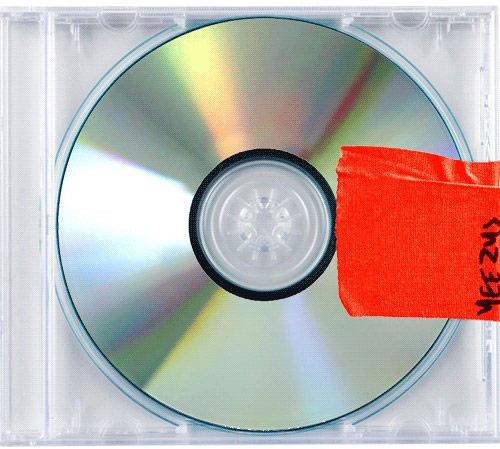 Say what you will, but the boorish, irritated hip-hop extremist is cutting-edge and impossible to ignore. On his follow up to 2010’s My Beautiful Dark Twisted Fantasy, the unbearable maestro dabbles in electro-Mandingo music, monstrous messianic proclamations and blunt social commentary. The going has gotten weird, and the weird has turned pro. Essential track: Bound 2 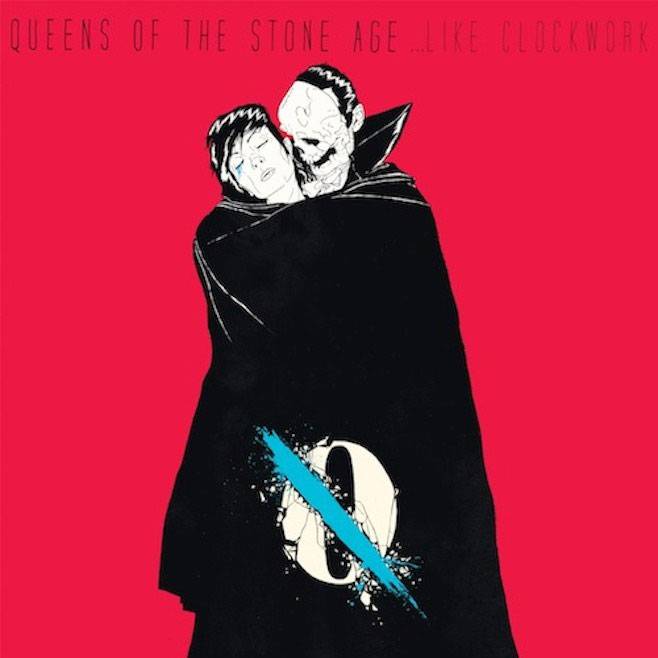 Queer, menacing badassery came from Josh Homme, the foreboding singer-guitarist who came back from near death – knee surgery went wrong and left him deeply out of sorts for months – to deliver the year’s best rock ’n’ roll album. Heavy is as heavy does. Essential track: If I Had a Tail 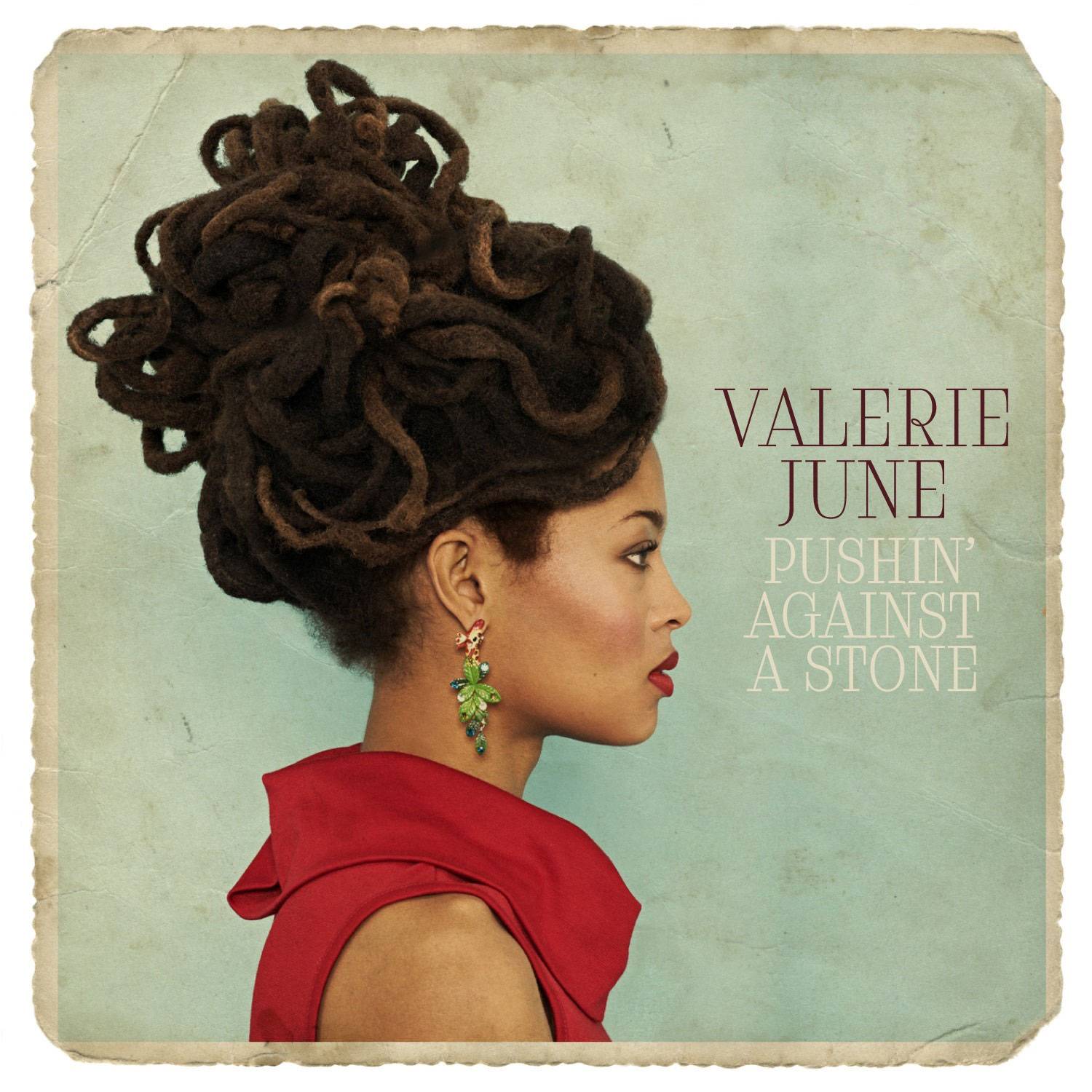 Valerie June: Pushin’ Against a Stone

Joan Didion wrote that a place belongs to whoever claims it the hardest, remembers it the most obsessively, wrenches it from itself, shapes it, renders it and loves it so radically they remake it in their own image. This year’s prize for the reclaiming and reshaping of moon-shown blues and deep-woods soul goes to Valerie June, the era-unspecific Tennessean whose unshakable record is the musical equivalent of the film Beasts of the Southern Wild. Essential track: Twined and Twisted
An additional 13 significant achievements in the art of the album, for the year 2013: AroarA’s In the Pines, The Cowboy Junkies’ The Kennedy Suite, Donovan Woods’s Don’t Get Too Grand, Foxygen’s We Are the 21st Century Ambassadors of Peace & Magic, The Heavy Blinkers’ Health, Laura Marling’s Once I Was an Eagle, Lorde’s Heroine, Moonface’s Julia With Blue Jeans On, The National’s Trouble Will Find Me, Nick Cave and the Bad Seeds’ Push the Sky Away, Shad’s Flying Colours, Vampire Weekend’s Modern Vampires of the City and William Tyler’s Impossible Truth.
Page 1 2Next
Follow Brad Wheeler on Twitter @BWheelerglobe
Report an error Editorial code of conduct
Due to technical reasons, we have temporarily removed commenting from our articles. We hope to have this fixed soon. Thank you for your patience. If you are looking to give feedback on our new site, please send it along to feedback@globeandmail.com. If you want to write a letter to the editor, please forward to letters@globeandmail.com.
Comments