It is odd that the year ended with dissemination and discussion of a report noting that the number of U.S. households owning a TV has declined for the second consecutive year. It's odd because the report, done for investors by Citi Research, arrived at the end of a very strong year in television. Great, compelling, talked-about TV poured forth. Given the dominance of TV as the most vital storytelling vehicle of our time, and now one of great moral seriousness, the meaning of the report was a head-scratcher.

Meanwhile, a Canadian study by Convergence Consulting Group indicated that for all the talk and media hype about "cord cutting" a mere 3.5 per cent of cable-TV subscribers had cut the cord. "TV is not dead," the author of the report said. Canadians watch on average 28 hours of TV a week in the traditional manner and only three hours a week of TV on the Internet.

This was the year of the "What is TV, anyway?" question. The surge of viewers to Netflix and the increasing number of younger people watching TV online only caused the question to be asked. And it caused confusion. There should be none – TV is content watched on any platform. It's still TV because TV is in its DNA. Network TV isn't dying, it's changing. Cable TV, in the U.S. anyway, is making the most powerful entertainment of sociological importance and psychological depth. That storytelling is the basis for the culture-defining conversation of now. It's the seriousness that matters.

Netflix, when it undertakes original programming, is copying the U.S. cable model. Its original series are produced in order to keep subscribers loyal by offering what can't be found elsewhere. HBO did the same two decades ago. And when subscribers aren't watching the original content, they're watching what was previously made by network or cable channels.

This brings us nicely to the first important TV event of 2013. That's House of Cards. To some, the 13-episode series, all star-studded with Kevin Spacey and Robin Wright, and directed in part by David Fincher, was much referenced as a "game-changer" for the TV business. "We're leading the next great wave of change in the medium of TV," Ted Sarandos, Netflix's head of content, told TV critics in January. "We're not trying to destroy it, but evolve it for the current generation and those to come." That should have settled the whole TV-is-dying issue.

House of Cards was great entertainment but lacked the sophistication of the best of HBO and AMC series. It seemed trivial where it required gravity. A grand, sprawling political soap opera, it engaged but didn't disturb and certainly wasn't revolutionary. Meanwhile, Fox unleashed The Following, a fine, short-run (15 episodes) crime drama about an FBI agent (Kevin Bacon) doing battle with a serial killer (James Purefoy) who has a massive, cult-like following. It was disturbing, violent TV, genuinely smart and addictive. It was a signal that network TV can still deliver.

Spring brought evidence that Netflix can fail as easily as any conventional network. Its revival of Arrested Development was disappointing and its original series, Hemlock Grove, was simply awful. Over on cable outlets such as the small Sundance Channel and the much larger A&E, the momentum of magnificent TV continued. Rectify, on Sundance, proved to be a masterpiece of Southern Gothic drama, a stunningly intense, small-scale story of great, moral significance. Top of the Lake also from Sundance, created by Jane Campion, met with mostly ecstatic acclaim – a pessimistic, often angry and beautifully made murder mystery, it presented a lovely setting seething with corruption, horror and hatred, most of it male.

The Walking Dead on AMC returned, still a model of tightly written, tension-filled drama, and it flaunted its anti-network style by killing off major characters and managed to be, simultaneously, both surface entertainment and meaningful drama about a world without order or stability. The Americans on FX offered as heroes some dangerous, murderous spies for the Soviet Union, based in the U.S. in the 1980s. Simultaneously a family drama and a caper story, it recalibrated the viewer's thinking about the recent past and the meaning of the USSR. Bates Motel on A&E starred Vera Farmiga as Norma Bates in a twist on Hitchcock's Psycho. Farmiga, doing some of the finest acting work on any TV series in recent years, proved that cable TV is now where great actors truly flourish.

Mad Men returned for its next-to-last season. At first as maddening as ever in its wayward storytelling, it then presented episodes of genius and eventually undermined the superficial glow around the series as an exercise in wry nostalgia and style – it reduced Don Draper to a profoundly troubled figure, perhaps the most repulsive man on TV.

It's worth noting that in this year of greatness, Canadian TV offered so little. Orphan Black is by a long way the standout Canadian show of the year. Clever, and an engaging adventure, its excellence rested largely on Tatiana Maslany in a multiple-character role. The Rogers comedy Seed was a delight. The sitcoms Package Deal and Satisfaction were dreadful, more significant as indicators of the limits of Canadian TV, as it is now, than as entertainment. The drama Motive was promoted as a radical twist on the standard police procedural, where the cops toil to find the criminal. In Motive, viewers knew who the killer is. As it turned out, the show was slick, silly, stylish and disappointingly predictable. Perhaps the most inventive Canadian series appeared online only, the madcap Maritime comedy-satire, Just Passing Through.

The climactic moment of television in 2013 was the finale of Breaking Bad. Over multiple seasons, creator Vince Gilligan gave us a startling, ominous illumination of the contemporary American middle class. We watched as Walter White, a high-school chemistry teacher in Albuquerque, N.M., sunk under the burden of his life – 50, a son with cerebral palsy, a pregnant wife and then diagnosed with cancer. Worried about medical bills and great debt, he entered the drug business as a supplier. And then he embraced greed. His rise and fall was exquisitely done, with wit and a deep sense of responsibility to the story's greater meaning. Everything from the acting to the palate of colours used, was refined, acute and right.

There were other fine but frustrating dramas this year. The seriousness, style and muddle of FX's The Bridge, the awkwardness of Showtime's Ray Donovan. The marvellously wry Justified. The strange allure of Netflix's Orange is the New Black. Which takes us back to the beginning – yes, Netflix produced a second good series. But while viewers flocked to it, they also savoured Fox's Sleepy Hollow, a madly imaginative series and the first hit of the fall TV season. And they enjoyed Scandal. Others worshipped Showtime's Masters of Sex and its subtle probe of the shifting meaning of sexual pleasure. Still others thrilled to the blood and guts of Game of Thrones, and on ordinary old CBS, The Good Wife was rightly relished.

The upshot is that there was no painful breakup between the audience and TV. Television skyrocketed in quality and deepened in seriousness. It became, emphatically, the most important medium for dwelling with moral gravity on life and the texture of reality. No matter what the platform might be. No head-scratching required.

She isn't known for her voice, but with Britney, it’s all about the spectacle
December 21, 2013 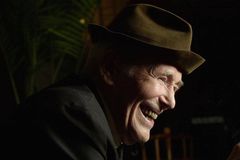 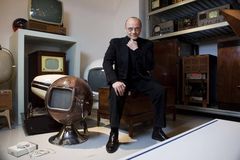