And right after the break, we'll talk about some of the new holiday movies. … Wait – this just in! Anchorman 2: The Legend Continues, one of the year's biggest comedies, will hit theatres Dec. 20. That's right folks: Will Ferrell as Ron Burgundy with Steve Carell, Paul Rudd and Christina Applegate returning as the "stay classy" Cable 4 news team. What's that? My producer is telling me over my headset that this sequel to 2004's Anchorman: The Legend of Ron Burgundy includes some cast additions – Kristen Wiig, Greg Kinnear and Harrison Ford, ready to "musk up" and join the team. Just to show what the phrase "produced by Judd Apatow" means, look too for possible cameos from Nicole Kidman, Jim Carrey, Amy Poehler, Tina Fey, Sacha Baron Cohen and God. I'm getting a correction here: That's not God, just Kanye West.

Oh boy, that break's just gonna have to wait, because we've got lots of film news to report here as regards to the home stretch of the Hollywood awards season. We all know the studios got out of the gate early this year with a bevy of Oscar bets, including Before Midnight, Blue Jasmine, 12 Years A Slave, Gravity, Enough Said, Captain Phillips, All Is Lost and Nebraska. But I'm here to report there's way more to come: new films from Martin Scorsese, Spike Jonze, David O. Russell, Joel and Ethan Coen, Jason Reitman and Peter Jackson, and potential prize-winning turns from the perennially honoured Meryl Streep, Judi Dench, Kate Winslet and the lovely Emma Thompson.

And if you've got the kids underfoot this holiday season, worry not! There's Ben Stiller's adaptation of James Thurber's short story about an everyman dreamer, The Secret Life of Walter Mitty; and a pair of animated features, Frozen and Walking With Dinosaurs, both offering epic journeys and bad weather.

And men – can I talk to you on camera two? – we've also got plenty of brawny dudes pounding their own and each other's chests. They include Robert De Niro going into the ring with Sly Stallone as senior rivals in Grudge Match, satisfying this reporter's personal Christmas wish to see Raging Bull give Rocky one right in the kisser as payback for beating Taxi Driver as 1976's best picture. 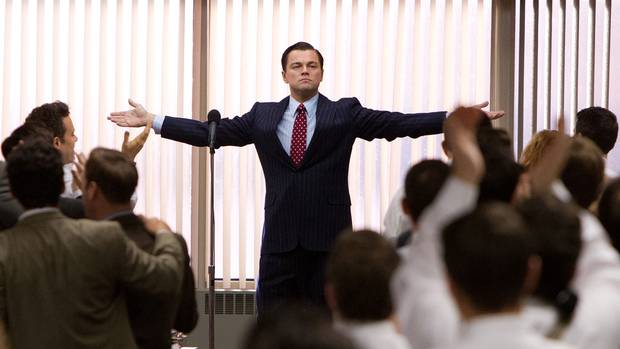 The team of director Martin Scorsese, writer Terence Winter (Boardwalk Empire) and – in his fifth Scorsese outing – Leonardo DiCaprio spells all kinds of interesting trouble. The film is about nineties financial scammer Jordon Belfort, in a familiar Scorsesian drama of crime, excess and comeuppance. Pushed back from its original Nov. 15 release, Wolf is being touted as a potential late Oscar game changer. (Dec. 25) 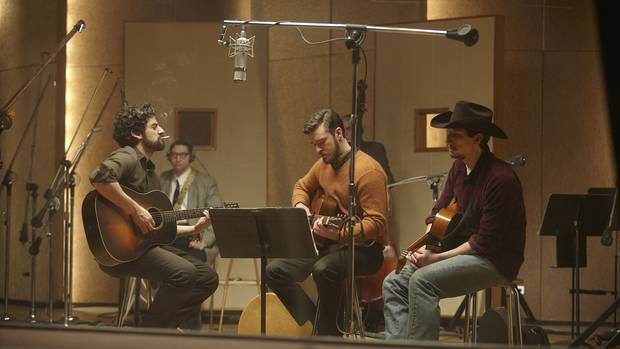 Set in New York’s Greenwich Village in the early 1960s, this is one of the sibling Coens’ piquant canvases. Loosely inspired by the late Dave Van Ronk’s folkie memoir, this is an undistilled Coen brothers concoction of precision-timed black humour and wry meditation on the hair’s-breadth difference between success and failure. Llewyn (played, and soulfully sung, by Oscar Isaac) has the abrasive ego of a young Bob Dylan, without the genius or acclaim. (Dec. 25) 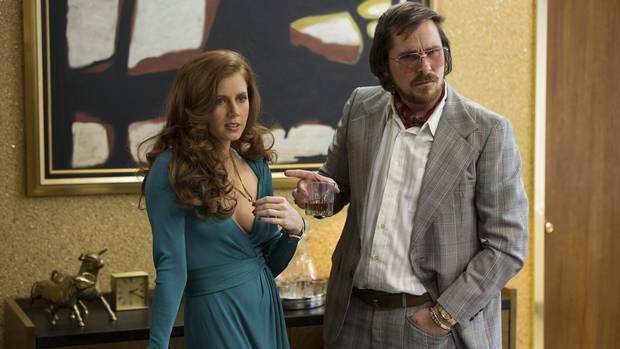 Jennifer Lawrence and Bradley Cooper are working again with Silver Linings Playbook director David O. Russell alongside Christian Bale, Amy Adams and Jeremy Renner in a reality-based story of a couple of grifters, a New Jersey sting operation, an FBI agent, a corrupt Jersey politician and the Mafia. (Dec. 18) 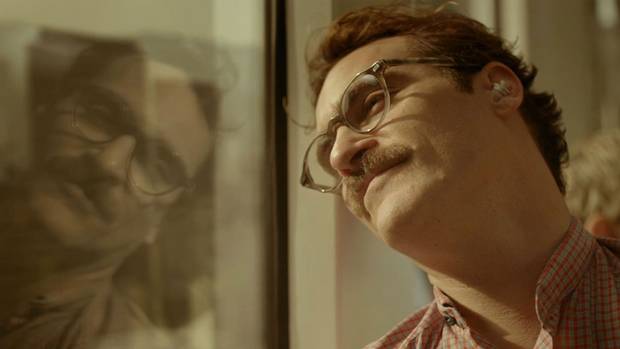 Spike Jonze (Being John Malkovich, Adaptation) brings us fresh oddness in this story of a heartbroken guy (Joaquin Phoenix) who falls in love with his computer’s new artificial intelligence system voiced by Scarlett Johansson. Reviews at the recent New York Film Festival were raves. (Dec. 18) 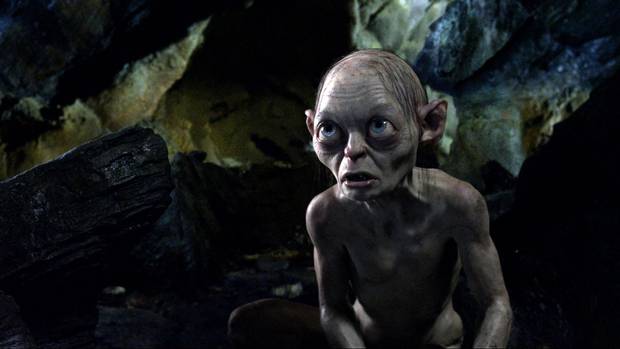 The Hobbit: The Desolation of Smaug

In the second of his three-part adaptation of J.R.R. Tolkien’s work, Peter Jackson has done some augmentation. There are visits from The Lord of the Rings elf Legolas (Orlando Bloom) and a new female elf, Tauriel (Canada’s Evangeline Lilly, of TV’s Lost), joining Bilbo Baggins (Martin Freeman) and the wizard Gandalf (Ian McKellen). Dragon Smaug (voiced by Benedict Cumberbatch) does guard duty. The first Hobbit, released in 48-frames-per-second format, earned three Oscar noms and no wins, but raked in a box-office billion. (Dec. 13) 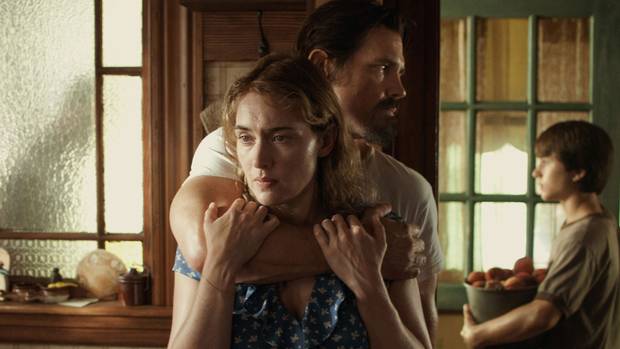 Look for Academy nods for Meryl Streep as an acid-tongued dying matriarch in the adaptation of Tracy Letts’s Pulitzer Prize-winning drama, August, Osage County (Dec. 25); and for Kate Winslet, in Jason Reitman’s Labor Day, pictured above (Dec. 6), as a depressed housewife taken hostage by an escaped prisoner. In biographical roles, there’s Idris Elba in Mandela: Long Walk to Freedom (Dec. 25); Judi Dench in Philomena (Nov. 29), as an Irishwoman who travels to the United States to find the son she was compelled to give up 50 years before; and Emma Thompson as P.L. Travers, prickly author of Mary Poppins, contending with Walt Disney (Tom Hanks) in Saving Mr. Banks. 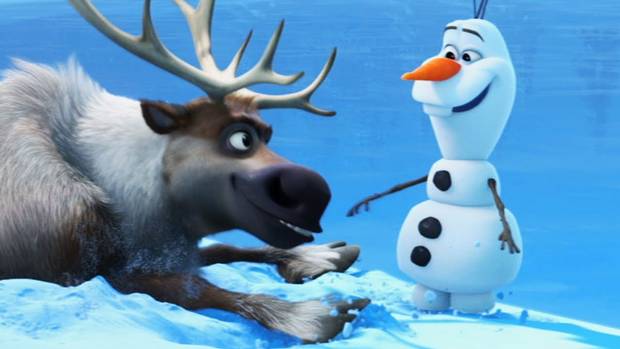 In Disney’s newest animated musical, inspired by Hans Christian Andersen’s The Snow Queen, Anna (Kristen Bell) sets off in search of her exiled sister, Elsa (Idina Menzel), who turns everything she touches into ice. (Nov. 27) 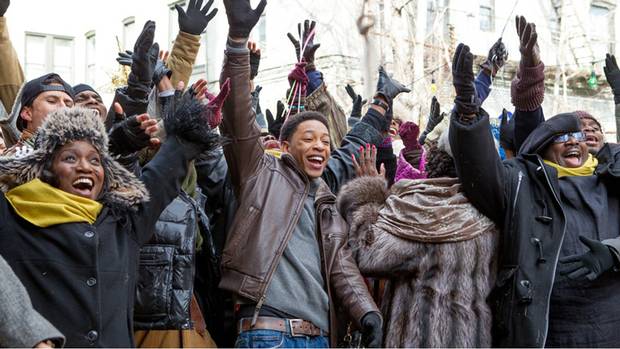 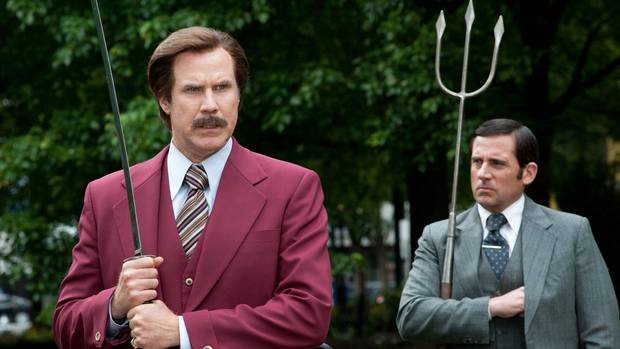 The news team from San Diego (see above) is re-established in New York in the early eighties, the dawn of the cable-news era. (Dec. 20) 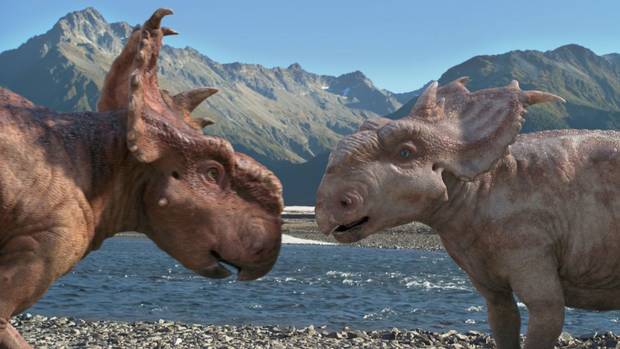 Adapted from the BBC series that used computer images to simulate a nature documentary about dinosaurs, this film uses similar techniques but adds voice actors and a narrative about a young dino’s coming of age. (Dec. 20) 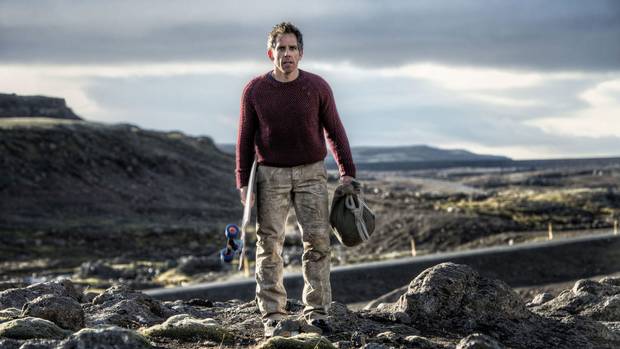 The Secret Life of Walter Mitty

Ben Stiller stars in and directed this adaptation of James Thurber’s well-known story, updated to the tale of a humble photo editor who gets to live his dreams on a worldwide quest for a photo negative. (Dec. 25) 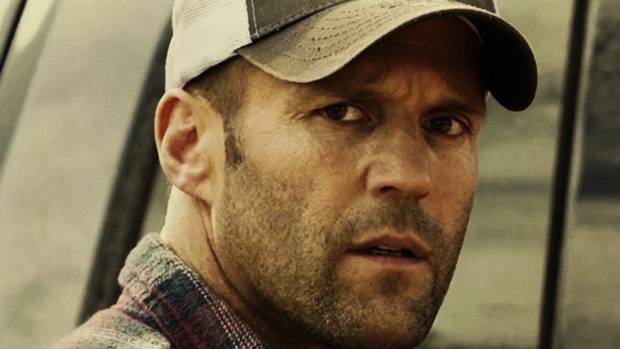 Jason Statham stars as a widowed drug-enforcement cop who’s retired with his daughter to Louisiana, where he runs across the local hillbilly meth cooker (James Franco). The story was adapted from a Sly Stallone script originally intended as a Rambo sequel. (Nov. 27) 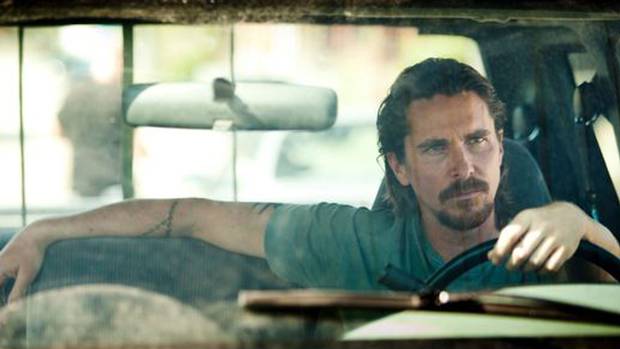 Out of the Furnace

After getting sprung from jail for killing a man while driving drunk, Pennsylvania working guy Russell (Christian Bale) tries to save his brother (Casey Affleck), who is enmeshed in the world of bare-knuckle boxing. (Dec. 6) 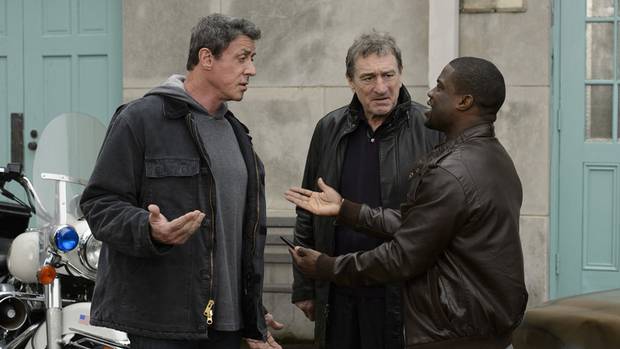 In this sports comedy, retired boxing rivals (Sly Stallone and Robert De Niro) sign up for a rematch 30 years after their last bout. Think of it as The Spit Bucket List. (Dec. 25) 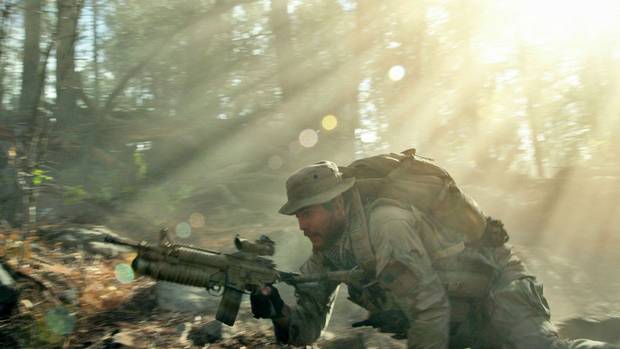 Spike Lee has remade the 2003 South Korean thriller, this time starring Josh Brolin as an advertising executive kept for 20 years in solitary confinement by a mysterious enemy. When he gets out, it’s all about bloodlust and revenge. (Nov. 27)