Parents of hyped-up, candy-fuelled kids, brace yourselves: There is no such thing as a sugar high.

Nonsense, you might say. Or as Kim Blackwell puts it, "sugar is poison." The Toronto-based theatre director has seen the same scene too many times with her six-year-old daughter – who goes wild after consuming sugar, then crashes and has a tantrum – to believe that sugar doesn't cause hyperactivity.

Nevertheless, according to researchers, the frantic burst of energy that kids often display after snarfing down candy canes and cookies is not because of a physiological response to sugar, or trace amounts of caffeine in milk chocolate, as parents are often quick to contend. Hyperactive behaviour is more likely attributable to excitement around the activities that typically come with extra treats – such as holidays and birthdays, says Katherine Gray-Donald, an associate professor of dietetics and nutrition at McGill University, and president of the Canadian Nutrition Society.

Although children's behaviour may vary widely in response to external cues, she adds, parents' perceptions of sugar highs and lows "just don't bear out when you [study] them in very controlled settings."

The scientific way to determine whether sugar causes hyperactivity is a controlled double-blind study with two groups of kids: one fed sugar and the other given an artificial sweetener. Neither the child nor research assistant should know whether the sugar is real or fake.

In 1995, the Journal of the American Medical Association published a review of 23 of these studies, conducted between 1982 and 1994, and found no link between sugar consumption and kids' behaviour. A closer look at the age of the children, quantity of sugar they got and their overall diet still revealed no relationship between sugar and hyperactivity.

Research on adults shows similar results. A study published in 1997 in the American Journal of Clinical Nutrition monitored sugar's effects on volunteers who got 50 per cent of their calories from sugar (including triple-frosted cereal for breakfast). Compared to patients on a low-sugar diet, they showed no increase in behavioural problems, mood swings or excitability, says lead author Richard Surwit, a professor of psychiatry and behavioural sciences at Duke University Medical Center. "We saw nothing – no sugar lows or highs, no mood changes, no changes in attention – nothing."

True, much of the research on sugar and hyperactivity was published more than a decade ago. But the results were unequivocal, Surwit says. "When you've shown that there's nothing there, it's hard to get funding to look again," he points out.

No one is suggesting that sugar is harmless, of course. Gray-Donald notes that Canadians are eating more and more sugar. A growing number of studies have linked excess consumption of sugar and high-fructose corn syrup, particularly in soft-drink beverages, to obesity in children and related health problems, such as increased blood pressure, she adds.

But when it comes to behaviour, researchers say, there is no physiological reason to expect that consuming sugar would make people hyperactive.

The body breaks down different forms of sugar into the molecule glucose, regardless of the source of the sugar, Surwit explains. Many foods that people don't typically associate with behavioural problems have a higher glycemic index than sugar, which means they are converted to glucose faster. For example, rice and potatoes have a higher glycemic index than lollipops, he says, but "nobody has accused French fries of causing behaviour change."

Still skeptical? Ready to blame the sugar industry for funding potentially biased research? Surwit says his study on adults was the only one in this area of research to receive sugar association funding, and that no academic researcher worth his salt would publish biased conclusions.

A possible reason for parents' ongoing belief in sugar highs is what researchers call "confirmation bias" – the tendency to notice things that confirm what we believe or expect to see. One of the studies cited by the JAMA review found that mothers who said their children typically got sugar highs rated their kids as significantly more hyperactive after the children received a placebo than mothers who were less concerned about the effects of sugar on their children's behaviour.

Blackwell says the explanation makes sense. She and her husband expect their daughter to act up after eating sugar, she says. "Maybe we tie bad behaviour or crazy mood-altering behaviour to the sugar she's eaten."

Surwit doesn't rule out the possibility that a small percentage of children may be particularly sensitive to sugar, but it is certainly not the norm, he says.

Even so, he doesn't expect parents to abandon the notion of "sugar highs" any time soon. "There are a lot of things in science where the public preconceptions are so strong that the scientific data never seem to convince anybody," he says. 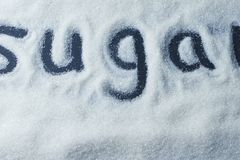 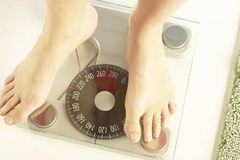 Added sugars increase heart-disease risk
April 21, 2010
Follow Adriana Barton on Twitter @AdrianaBarton
Report an error Editorial code of conduct
Due to technical reasons, we have temporarily removed commenting from our articles. We hope to have this fixed soon. Thank you for your patience. If you are looking to give feedback on our new site, please send it along to feedback@globeandmail.com. If you want to write a letter to the editor, please forward to letters@globeandmail.com.
Comments