A return to Middle Earth for another epic journey. A tiger and a boy in a life boat. A Russian aristocrat giving her all for love. And a sword-wielding, tattooed … Santa Claus? There's only one explanation: It's holiday season at the movies. Starting with American Thanksgiving next week and on through the next six, the movie business offers its widest diversity and most consistent quality films of the year, with broad-appeal family movies and Oscar candidates opening side-by-side. From such festival favourites as Amour, Rust and Bone and The Silver Linings Playbook, to Peter Jackson's The Hobbit: An Unexpected Journey, to early Oscar favourites like Life of Pi, the next few weeks condense a breadth of human experience into a half-dozen weekends and offer what's often promised and rarely delivered: something for everyone.

Keira Knightley stars as Anna, the wife of a pious, boring aristocrat (Jude Law) who risks her wealth, reputation and children for an affair with a shallow, handsome young cavalry officer (Aaron Taylor-Johnson). Director Joe Wright (Atonement) and screenwriter Tom Stoppard cut against the grain of Leo Tolstoy's realist classic by creating an ornate wedding cake of a film, shot mostly inside a theatre – as if to suggest, then as now, that the follies of the rich are the entertainment of the poor (Nov. 30.)

Hyde Park on the Hudson

While playing host to the King and Queen in America on the cusp of the Second World War, Franklin Roosevelt (Bill Murray) finds time for some hanky-panky with his sixth cousin, Margaret "Daisy" Suckley (Laura Linney), in Notting Hill director Roger Michell's historically based comedy. He also introduces the Queen Mum and King Bertie to that American delicacy known as the hot dog. (Dec. 14.)

David O. Russell's offbeat comedy (and the People's Choice winner at this year's Toronto International Film Festival) stars Bradley Cooper as a Philadelphia teacher recently released from a psychiatric hospital. He convinces an equally unstable young widow (Jennifer Lawrence) to help him reconcile with his estranged wife, while contending with his obsessive-compulsive father (Robert De Niro). It could be the movie's tagline: He's crazier than De Niro! (Nov. 21.)

For those who like their dramas brutal and tender, French director Jacques Audiard (A Prophet) directs this brutal but lyrical Cannes favourite, based on Canadian writer Craig Davidson's short stories about a street fighter (Belgian actor Matthias Schoenaerts) who falls in love with a whale trainer (Marion Cotillard) after she suffers a devastating accident. No surprise they call Audiard the French Scorsese. (Dec. 21.)

Twenty years after Quentin Tarantino's feature debut, the director remains a fan-boy fave and rousingly divisive figure, with Django Unchained threatening to treat American slavery with the same violent irreverence as Inglourious Basterds treated the Second World War. Jamie Foxx stars as a freed slave who makes a deal with a bounty-hunter/dentist (Christoph Waltz) en route to freeing his wife (Kerry Washington) from a cruel, yellow-teethed plantation owner (Leonardo DiCaprio). There will be splatter. (Dec. 25.)

The 1980s musical of Victor Hugo's novel gets the big-screen treatment, with Jean Valjean (Hugh Jackman) as the Frenchman imprisoned for stealing bread who's on the run from the relentless Inspector Javert (Russell Crowe). Offsetting the Aussie twang of the cast, we have Anne Hathaway as Fantine, the factory worker turned prostitute, and Amanda Seyfried as her daughter, Cosette. And the nasty Master of the House, M. Thénardier? None other than Mr. Sexy Time, Sacha Baron Cohen. (Dec. 25.)

Naomi Watts and Ewan McGregor star as parents on a Christmas vacation in Thailand when they are caught in the 2004 tsunami. Enthusiastic reviews and a record box office in Spain make this reality-based thriller from director J.A. Bayona a must-see. (December/January, TBA)

Judd Apatow's sort-of sequel to Knocked Up follows the relationship of bossy Debbie (Leslie Mann) and slacker Pete (Paul Rudd), through parenthood and the cusp of middle age. There's no Seth Rogen and Katherine Heigl here, but the cast manages to include Melissa McCarthy, Megan Fox, Albert Brooks and Lena Dunham. To catch up with Rogen, read on…. (Dec. 21.)

Two curly-haired, Jewish former teen stars from different generations, Seth Rogen and Barbra Streisand, co-star in a movie about an inventor who travels cross-country with his difficult mother. From Crazy, Stupid, Love screenwriter Dan Fogelman, the film is Streisand's first starring role since 1996's The Mirror Has Two Faces. (Dec. 19.)

Alfred Hitchcock's Psycho lives up to its reputation as one of the all-time scariest movies, but the story of its creation makes for a domestic comedy in the hands of Sacha Gervasi (Anvil: The True Story of Anvil), with a puffed-up Anthony Hopkins as the aging Master of Suspense plotting the gruesome shower scene while wife Alma (Helen Mirren) has getaway plans of her own. (Nov. 23.)

TAKE ME AWAY: TRAVEL

The Hobbit: An Unexpected Journey

The first of yet another Tolkien trilogy from Peter Jackson, The Hobbit is set 60 years earlier than the Lord of the Rings films. Martin Freeman stars as a young Bilbo Baggins who finds himself on a quest with 13 dwarfs, encountering goblins, orcs, wargs and what-nots. The cast includes returnees Ian McKellen as Gandalf, along with Hugo Weaving, Cate Blanchett, Christopher Lee, Ian Holm and Elijah Wood. And yes, my precious, Andy Serkis as a younger, CGI-improved, ring-addicted Gollum. (Dec. 14.)

A much-loved novel about faith and science (endorsed by Barack Obama), Yann Martel's 2001 Booker Prize-winner tells the story of a young man (played by Suraj Sharma in the film) who survives an ocean voyage in a lifeboat with a Bengal tiger. The 3-D adaptation by Ang Lee (Brokeback Mountain; Crouching Tiger, Hidden Dragon) premiered at the New York Film Festival to critical hosannas. (Nov. 21.)

James Cameron produced and Andrew Adamson (Shrek, The Chronicles of Narnia) directed this fantasy film about a young woman (Erica Linz) who enters the world of the famed Canadian-based acrobatic troupe. Early reviews have high praise for the 3-D visual component of this Cirque du Soleil greatest-hits package, nimbly contorted around a romantic story. (Dec. 21.)

The End of Time

Tom Cruise as a massively built military vet with a computer brain? Hey, it's called acting. The action-thriller, adapted from One Shot, Lee Child's ninth novel about the vigilante hero, sees Reacher attempting to clear a former military sniper of a multiple murder charge. The movie is even more of a test for director Christopher McQuarrie (writer of The Usual Suspects and Valkyrie). (Dec. 12.)

Rise of the Guardians

Okay, this one's a stretch in this category, but it does have a Bogeyman. The story arose from a question asked by the daughter of author William Joyce: Does Santa Claus know the Easter Bunny? In the story that emerged, adapted into a DreamWorks animated film, Santa and the Easter Bunny are superheroes who fight to save the world. Santa (Alec Baldwin) is a sword-wielding soldier wearing Nice and Naughty tattoos, who joins with the Bunny (Hugh Jackman), the Tooth Fairy (Isla Fisher) and Jack Frost (Chris Pine) to fight Pitch (Jude Law) a.k.a. the Bogeyman, who's trying to shut out the world's lights for good. (Nov. 21.)

27 glittery gift ideas to light up the holiday season Gallery
May 9, 2018 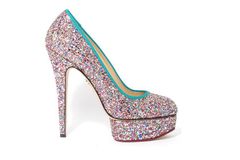 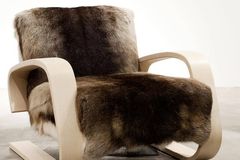 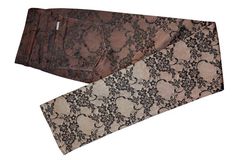