If you suffer at all from passport-stamp envy, you'd do well not to compare booklets with Sandrine Holt. Born in London to a French mother and Chinese father, Holt moved with her family to Toronto at the age of 5, began modelling at age 13 and was soon shuttling back to Europe for runway gigs. Eager to give acting a try, she auditioned for the 1991 film Black Robe, earning the lead female role of a 17th-century Algonquin girl (and a Genie Award nomination). Since then, she has worked steadily as an actor, appearing on TV series such as 24 and The L Word. This year, though, is shaping up to be Holt's biggest: Her credits include the groundbreaking smash hit House of Cards, the new CBS drama Hostages and the upcoming French movie Chinese Puzzle, co-starring Audrey Tautou. Recently, the age-defying 40-year-old took time out of her jam-packed schedule to chat with Globe Style Advisor about her off-screen style, getting back into the modelling groove and learning how to skateboard.

You recently completed the film Chinese Puzzle. That was a French production, right?

Yes, it's by the French director Cédric Klapisch. Chinese Puzzle is the third film of a trilogy. It's about a group of friends and [the trilogy starts] when all the characters are in their 20s. [Klapisch] is kind of a French Woody Allen. The French love him and they're really attached to these characters. We filmed mostly in Paris and part of the time in New York. It was just amazing.

You were great in House of Cards, which was certainly a revolution of sorts for a dramatic series. [In February, the first season became available for streaming in its entirety on Netflix, the movie-subscription site.] What was that experience like?

It was really intense because of the people involved. [The director] David Fincher wanted to shoot it like a movie, so people were working very hard. There was so much attention being paid to every little thing, every little detail. It felt like we were a part of something really special.

Can we expect to see you next season?

I do come back for a little bit.

It seems like you have been everywhere lately. But where are you at the moment?

Well, I live in [the Los Angeles neighbourhood of] Silver Lake, but I'm currently working on the TV show Hostages, which is filmed in Greenpoint, Brooklyn, so I actually just got an apartment in [nearby] Williamsburg. It's nice to be in New York. As an actor, you just never know where you're going to end up, so I'm glad to be here. There's something about Brooklyn that reminds me of Toronto. I think because it's so community-minded.

You've played a lot of different parts over the years. Is there a dream role that you're itching for?

That's a very interesting question. Actually, I just started taking Mandarin classes. I love the idea of globalization, of being able to work in different countries. I would love to work with [the director] Wong Kar-wai and do something in Chinese, but I just started learning the language so that might be another 10 years from now!

Looking at your filmography, it seems like you've really given yourself time to pick the right roles.

There have definitely been ebbs and flows in my career, but, you know, part of the reason is that I'm a mom. I have a five-year-old daughter. She really factors into my choices and I never want to go too long without seeing her. And if I do have to be away from her, I really want to make sure I'm using the time away to its fullest.

You mentioned you're normally based in Silver Lake, a pretty casual area of already-casual Los Angeles. What's your day-to-day style like when you're out there?

Oh, wow. A skateboarding 15-year-old boy? A gothic one?

Definitely a skateboarding one. I actually just learned how to skateboard a couple of months ago. And I have five slightly different grey sweatshirts that I wear all the time, with jeans and Vans or Converse. So, it was so cool doing the [Globe Style Advisor] shoot. I thought, 'Wow, I feel like such a lady.'

The theme of the shoot was holiday glam. Do you expect to wear anything like these looks during the upcoming holiday season? Do you ever deviate from your usual tomboy style?

No, I can't say I do, unless I absolutely have to.

You worked as a model for many years. Did your modelling background help you during the photo shoot?

It took a little bit of time for me to warm up. At first it all felt a little bit contrived, but eventually I felt like I hit a flow and started to remember things.

Any big plans for the holidays?

This is going to sound terrible, I know, but I'm sort of trying to escape Christmas this year. My friend was telling me how he once flew on Christmas Day and that it's possible to get really cheap plane tickets, so I was thinking that might be a cool thing to do – just go somewhere and bypass the whole thing.

The hottest trend in jewellery this season? Think heavy metal
May 11, 2018 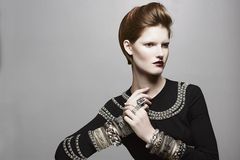 Actor Kevin Zegers on being dressed by Elton John and purging his ‘ugly’ bachelor style
May 11, 2018 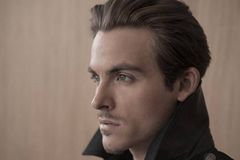 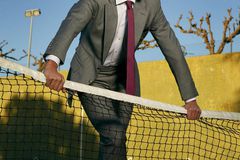