A tireless investigator, a canine barista, a forgotten payphone, and a Christmas miracle. Sean Michaels, winner of this year’s Scotiabank Giller Prize for his debut novel, Us Conductors, presents an original story for the holidays 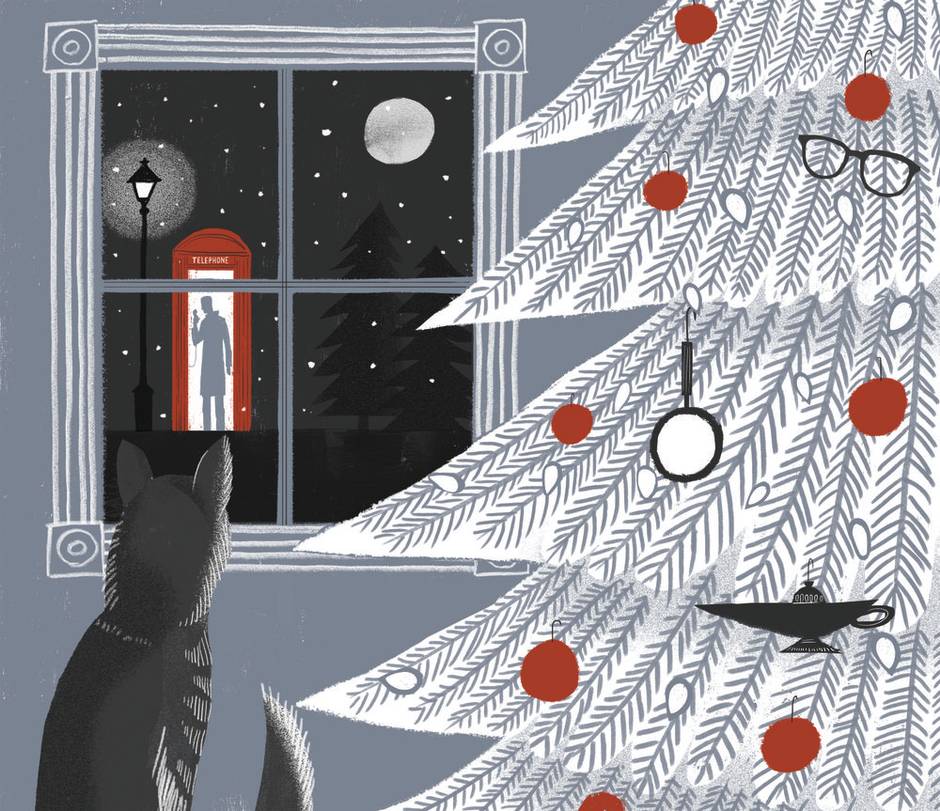 (SAM KALDA FOR THE GLOBE AND MAIL)

Detectives tend to be suspicious of the holidays. We are taught in the academy that more crimes are committed around Christmas than at any other time of year. Sociologists blame Yuletide pressure, the cost of toys. But I believe it’s the ambiance. Cheery songs, shiny lights: these things seem faintly sinister. As if a willful enemy is attempting to distract me. Sometimes, standing in the shopping mall, I am so overcome with a sense of impending felony that I can barely move. I loiter in the corner of the food-court, laden with Christmas loot, and my eyes flit and flit.

My wife says it is me, not the season. “You are an indefatigable investigator,” she says. (She says this in French.) “You are unable to disengage your policeman’s intuition.”

My instinct is to secretly protest. To mentally register that I disagree. But this year I engaged her: “Don’t you think I can relax?” (I replied in French.)

“In fact I do not,” she said. “I’ve never seen you lay down your magnifying glass in my entire life.”

I took this as a challenge. I went into the living room. My wife’s brother had given us an easy chair. I did not know how to make it recline so I sat upright in the puffy seat and stared at the city out the window. It was December 23rd, 2014. The sky over Montreal was as blue as I had ever seen it, as if it had been scoured with an ice-scraper. In the corner of the room, our spangled Christmas tree seemed to be grinning at me.

Rue Beaubien was oddly quiet. Why is it so quiet? I thought to myself. Then I remembered my resolution to relax and tried to focus on the ordinariness of this Tuesday, the law-abidingness of it. A woman at a bus-stop was trying to text with her mittens on. A mussed kitten was licking its paw. Two men squatted in a lighting store, adjusting an expensive floor lamp. Behind his plate-glass window, a baker piped ricotta into a cannoli shell. A car honked at a car.

There wasn’t much snow and it wasn’t very cold. I felt as if I were back in Marseilles. I could not remember a time when my life had not felt serious. I remembered being seven years old, standing on the carpet with a Christmas ornament in my hands. Mother seemed sleepy and happy. Father’s sweater was covered in fir needles. The tree at the edge of the carpet seemed vast, something borrowed from the forest. The curtains were drawn and the world outside the window was darker than I had ever seen it. They wanted me to hang the silver ball on one of the branches. I didn’t know where to put it. I felt that it was possible to lose, somehow, and I didn’t know how to win.

On this particular day I decided to step into Caffé Italia for an espresso allongé. Some mornings I came here on my way to work. It was always bustling, crowded; the warm air made my eyeglasses steam up. On this strange Tuesday, the place was absolutely empty. No one here except the figure behind the coffee machine. “Afternoon inspector,” he said, in English.

“Bonjour,” I said. I was wiping the fog from my glasses. When I put them back on I squinted across the bar. It was a dog. Not a man: a dog. One of those big, pale-eyed arctic dogs. A husky. Or some kind of wolf. The creature was balanced on its hind legs, pulling my espresso.

“Sacré bleu,” I said, although the cliché made me instantly ashamed.

I was rubbing my face – rubbing it hard, kneading it really, trying to figure out if I was asleep. I returned my eyes to the dog at the counter. He was white and grey, like snow in spring. His triangular ears shot straight up.

“Christmas miracle,” Filippo quipped. He jimmied in the portafilter and began to steam some milk. He was doing elaborate things with his very delicate little paws. I started rubbing my face again. “No, but seriously,” the dog said, “some kind of holiday magic. Not specifically Jesus-related.”

In a tone as level as I could possibly manage, I said, “I do not understand.”

Filippo said that when he was finished making my coffee he would show me.

Near the back of the café, under a mounted flatscreen showing soccer, sat a payphone. Filippo, now on all fours, pointed at the phone with his snout. “That’s it.”

I tried to fix him with an expression of derision, or at least one of wry disbelief. But he was a husky dog with a dish-towel over one shoulder.

Filippo explained: It had been ages since anyone had used the phone. Three days earlier, Vicky, Italia’s owner, picked up the receiver to see if it still even worked. A voice on the other end of the line told her, Make a wish. Confused, bemused, she did: I wish for a million dollars. Moments later, a postman arrived with a parcel enclosing one thousand $1,000 bills, sender unknown. Vicky fainted on the marble tile.

When she recovered, she told the crowd what had happened with the phone. Other people tried it. Through trial and error the rules – or rather, the rule – became clear: you could only wish once and it couldn’t be for more wishes. Vicky’s husband wished for ten trillion dollars. He and the money were now in Aruba. Phil’s co-worker, Alex, was going to live forever. Several customers had grown wings and were now painting caffeinated circles above Parc-Ex. Italy was going to win the next World Cup. “Cancer’s cured, Ebola, world peace, racism, poverty, all that shit,” Phil said. He coughed. The dog had never seemed more human than when he coughed.

Phil sat down on the tile beside an extra-large plastic tub of Nutella. “It was crazy in here for the first couple days. But now the whole neighbourhood’s done their wishing.”

“You decided to stay at work?” I said.

I shrugged my concession.

I stared at the payphone. It was made of brown plastic, with a silver keypad. Someone had stuck fresh masking tape over the coin slot.

I picked up the receiver. For a moment I heard a dial tone, something soft and frilled and possibly, but not necessarily, recalling jingle bells. Then a woman’s voice said, “Make a wish.”

It was a measured voice, middle-aged, friendly but professional. “Hello?” I said.

“Make a wish,” she said again.

I pressed my ear to the plastic, trying to hear something more – ambient sound from the other side, anything. “Who is this?” I said.

“Is that your wish?”

I lowered the receiver and looked at the dog on the floor. He raised his black and white eyebrows.

“My name is Inspector Sovrencourt,” I said into the phone.

I heard only silence.

“Are you still there?” I said.

I looked around the room. A festive garland drooped across the wall. A banner read, JOYEUX NOËL ET HANOUCCA. Empty chairs waited for patrons. Outside, the sun was going down.