Forget the year that was. Our in-the-know food writers offer a glimpse into the flavours, ideas, beverages and ingredients that will be making culinary news in 2016.

The power of the dark side

You'd be hard-pressed to find a plate of fresh biscuits in the Maritimes that's served without a jug of molasses. The rich black syrup is a beloved East Coast ingredient, used to cure salmon at Michael Smith's Fireworks in Fortune Bridge, PEI, and to give a tart note to the homemade ketchup at the Saint John Ale House in New Brunswick. Now, the rest of the country is getting sticky with it – molasses is being used in everything from the ginger nougat at the Night Oven Bakery in Saskatoon to the sweet mess of charred onions garnishing a fancy piece of dry-aged beef at Toronto's high-flying Canoe. From its humble beginnings in Yarmouth, N.S., in 1879, Crosby's molasses sure has come up in the world. – Ivy Knight

Last summer, Matthew Corrin, chief executive of the kale and quinoa-slinging Freshii fast-food chain, publicly challenged McDonald's to a partnership. At first glance, it came off like a classic David-versus-Goliath throwdown, the catch being that Freshii seemed like the Goliath and McDonald's (which shrank in 2015 for the first time since the 1970s) looked a lot like a 90-pound wimp. The term "fast food" is undergoing a much-needed rehabilitation, as quick meals full of vegetables, meatless protein and alternative grains become increasingly available. Freshii, founded in Toronto 10 years ago, is one of the quickest-growing fast-food chains in history, with nearly 200 locations open or about to be, in more than a dozen countries. A growing surge of other enormously successful takeout startups make it clear that good-for-you fast food is on a tear – although Burger King, with its fat-laden chicken fries and Hearty Mozzarella Bacon Cheeseburger, also had a banner year. – Chris Nuttall-Smith

Blue cheese and rotten apples might not sound like an appetizing smell, but it's an honest assessment of the fragrance off a glass of Coat-Albret, a wonderfully delicious cider from Brittany. Cider makers are putting out funky and more complex pours worlds apart from the Strongbows of our youth. Ontario's West Avenue is best known for its crisp Heritage Dry, and owner and cider maker Chris Haworth keeps passionately pushing the envelope, experimenting with barrel-aging and different yeast and apple varieties. In Quebec, Domaine Pinnacle has a variety of offerings, including its very popular ice ciders. There are also more places to try all these delicious drinks: Bars increasingly make room for ciders on their bottles and tap lists and, soon, a wine and cider bar by restaurateur Jen Agg will open in Toronto's Kensington Market. – Andrea Chiu

There's legitimate change in the air when it comes to restaurant employment standards and the effect chefs and management have on harassment and work-life balance. Insiders (i.e. restaurant staff) are increasingly willing to discuss low wages, unstable employment and sexual harassment, sometimes even raising their voices above a whisper. Outsiders (i.e. customers) are becoming increasingly aware of the labour issues behind the industry's showbiz façade and social-media veneer. Change is as palpable as an incoming weather front and many are asking how they can be a part of it – restaurateurs are watching closesly as notable U.S. spots eliminate tipping in order to equalize pay between front and back of house. Some say the only solution is higher prices. Some are scared. They're not sure what will work, what changes will be profitable and what might scare off customers. But they know they can't close the barn door once the horse is tartare. – Corey Mintz

Sustainable seafood tastes even better when served with a side of social justice. Community Supported Fisheries (CSF) cut out the middleman, working directly with small-scale, low-impact fishermen. Members buy shares before the season starts, allowing the CSF to guarantee a stable, fair price. Fishermen don't have to resort to high-impact, unsustainable methods to compete with chains, and members get superfresh local seafood, plus a chance to chat with the folk who caught their supper. Unsurprisingly, the coasts are leading the trend. B.C.'s Skipper Otto has a range of fresh, frozen, whole and processed local seafood, including all sorts of salmon, and Nova Scotia's Off the Hook offers hook-and-line caught haddock, pollock and cod, as well as shrimp caught in Chedabucto Bay. – Nikki Bayley

Vegans used to be a fringe group. Now, they're a promotional concept – witness the cornucopia of ersatz "cheezes" in grocery aisles. Despite the slew of new edibles, old-timers who came to the diet out of ethical or environmental concerns are sometimes wary of newcomers' motivations. The Skinny Bitch cookbook series doles out a hefty serving of body-shaming among its egg-free recipes, while Beyoncé uses veganism to expand her empire: As a founding partner in 22 Days Nutrition, her coffers expand every time a fan orders $15 of Mediterranean Eggplant with Pearl Quinoa for delivery. Although it's hard to argue against the popularization of a lifestyle that is kinder to our planet (and its sentient residents), the mass-marketed version of veganism is disconnected from its core values. Ascribing to a plant-based diet may no longer automatically classify you as a freak; don't let it turn you into a sanctimonious jerk. – Sarah Liss

Beer gets a makeunder

Breweries – and drinkers – are reassessing the beauty of simplicity. First comes a resurgence of crisp, clean lagers, a style that's often neglected because of the time and money it takes to make a good one. Now, craft breweries such as Walkerville Brewery from Windsor, Ont. and Vancouver's Red Truck Beer Co. are dedicating tanks to golden pilsners and roasty Schwarzbiers, giving these white wines of beers the artisan treatment they deserve. They're also trimming down the buzz factor, whether that means turning to traditional low-alcohol styles such as Berliner Weisse or English Mild, or slicing the ABV of stouts and IPAs. The best part of this tinkering is that ingredients are taking centre stage: Look for single hop or single malt beers that are designed to let a zany hop varietal or specialty malt shine. – Crystal Luxmore

Novelty may be the key to chef-world superstardom, but that hardly means the planet's top chefs create cuisines from scratch. Increasingly, they borrow from not-yet-famous food traditions – or pillage, if you'd rather see it that way. In 2016, that cycle will only accelerate, as the quest for novelty becomes ever more urgent. The good news: Before long, we'll all be eating Laotian, Malaysian, Filipino, Azerbaijani, Afghan and Peruvian, or at least the bits and pieces of those diets that are most friendly to hit restaurants. The less good news: that's unlikely to benefit people who actually come from Laos, Azerbaijan, Afghanistan and Peru nearly as much as it benefits the North American chefs who "elevate" their foods. – Chris Nuttall-Smith

It was the hunger that launched a thousand apps: In 2015, the ability of smartphone users to have just about anything edible delivered multiplied by the dozens. The services have names like Hurrier and Lazymeal, offer everything from Shanghai noodles to rotisserie chicken, and exist everywhere from Regina to Halifax. Best of all, the quality is (more often than not) pretty darn high. Two especially notable services launched in Toronto at the beginning of December: UberEats, which connects users with more than a hundred different restaurants, and Feast, an ecologically focused startup that uses seasonal ingredients, low-emission transportation and biodegradable containers. Convenience is still key, but now, that no longer means neglecting the planet or your palate. – Suresh Doss

Amaro, amaro, we love ya, amaro

By definition, an amaro must be bitter and must be from Italy. Beyond that, there are almost no limits: Each is a unique concoction of ingredients, the recipes carefully guarded by its makers. Such a broad definition is a great opportunity for drinkers, who can enjoy everything from citrus-y Aperol to dark, root beer-esque Montenegro. Owen Walker, bar manager at Toronto's Bar Isabel, says he's excited by increasing interest in amaro and the well-balanced cocktails they can make. He's part of a team that brought Aperitivo Capo Capo to Canada. It's a light, fruity, acerbic take on the liqueur, the product of a partnership between Toronto-based wine and spirits agency Henderik & Co. and the family-run spirits producer Erboristeria Cappelletti in Trento, Italy. Put it on your drink list now. – Andrea Chiu 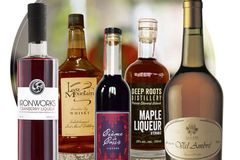 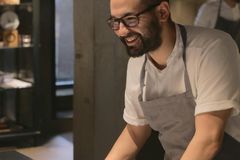 Six epicurean gifts for the foodie on your list
December 18, 2015
Follow us on Twitter @globeandmail Opens in a new window
Report an error Editorial code of conduct
Due to technical reasons, we have temporarily removed commenting from our articles. We hope to have this fixed soon. Thank you for your patience. If you are looking to give feedback on our new site, please send it along to feedback@globeandmail.com. If you want to write a letter to the editor, please forward to letters@globeandmail.com.
Comments