There's a magical moment of transformation as a blistering-hot vat of golden syrup turns into candy, when the sugar blends with water, a little flavour, and some colour, the simmering liquid becomes greater than the sum of its parts. That's the miracle of candy-making, and even Linda Brownrigg, a 40-year veteran at St. Stephen, N.B., candy manufacturer Ganong, isn't immune.

"I used to tell my kids I worked for Santa," says Brownrigg as she sorts through a pile of glistening sweets. With her curled ash blond hair and sparkling eyes behind her rimless spectacles, it wouldn't be hard to mistake her for Mrs. Claus in a green hairnet. "I still love every minute," she says.

While American-manufactured candy products fly off the shelves each holiday season – according to Statistics Canada, U.S. chocolate and confection imports increased to $425-million in 2012, from about $380-million in 2008 – this family owned Canadian company is growing. In this small town of 5,000 people, hours away from any major urban centre, this is a story of success tied to Chicken Bones, a bright pink candy with a gory name.

Invented by Ganong candy maker Frank Sparhawk in 1885, Chicken Bones have a spicy cinnamon crust and dark chocolate core and are polarizing in the Maritimes: some love them, some hate them, but few are indifferent. Since their invention, the company has produced nearly 700 million pieces – more than five million in 2012, a banner year – all of which are still made by hand at Ganong's headquarters at 1 Chocolate Dr.

In one room, glossy hot-pink cinnamon candy is stretched, kneaded and cooled, both by the gyrating metal arms of a taffy puller and the strong arms of two workers.

They wield long, pockmarked steel bars and wear thick, heatproof gloves to protect themselves from the scalding candy, which is wrapped around a giant slab of bittersweet chocolate. The resulting 100-pound log is heated, rolled, pulled and cut into its distinctive tapered shape.

A lot has changed since brothers James and Gilbert W. Ganong founded Ganong Bros. Ltd. in 1873. From a handful of employees, it grew into a sprawling business that sells its own products – most notably, millions of Delecto boxed chocolates, Pal-o-Mine peanut-fudge bars and Chicken Bones – but it has also diversified and turned southward. For the past 20 years, the company has manufactured chocolates and candies for major international brands and ships across Canada, the United States and Britain. Its staff – now 350 employees – has grown 50 per cent over the past two years, and Ganong is St. Stephen's largest employer.

But one thing that hasn't changed is the company's original steam whistle. It blows every day, twice in the morning and once at lunch hour. Candy maker Joey White, 55, who has been making Chicken Bones for a decade, says the sound, like the company itself, is part of what defines St. Stephen. "You can hear it five miles away. I don't know what people would do if it stopped."

Sitting in the company's pink-and-blue boardroom, where three nearly empty boxes of chocolate are scattered across a huge circular table, Bryana Ganong says her job comes with its own occupational hazards. "My great-grandfather used to eat two pounds of chocolate a day, his son ate a pound every day. My brother and I, the fifth generation working in the business, we both eat chocolate and candy every day, but much more moderately," says Ganong.

"When I was very small, we lived in a house directly beside the [original] brick factory in downtown St. Stephen. When we got up in the morning we could smell whatever was being made, the caramel, the peppermint," says Ganong, who works as the head of business development and marketing.

"I have certainly been living and breathing this my whole life."

Tempted by holiday goodies? Here’s how to avoid overindulging
December 17, 2013 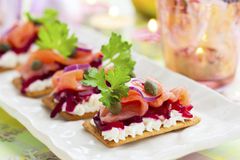 Tired of turkey? Try this festive dinner without the fuss
December 17, 2013 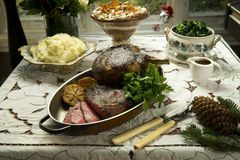 Nothing says holidays like a homemade cheese ball
December 17, 2013 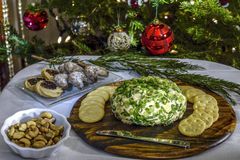