Taurus, focus your energy on what motivates you. Leo, let more love in your life. And Sagittarius, it's time to blast through your fears. Sally Brompton offers her predictions for the year ahead. Illustrations by Tara Hardy 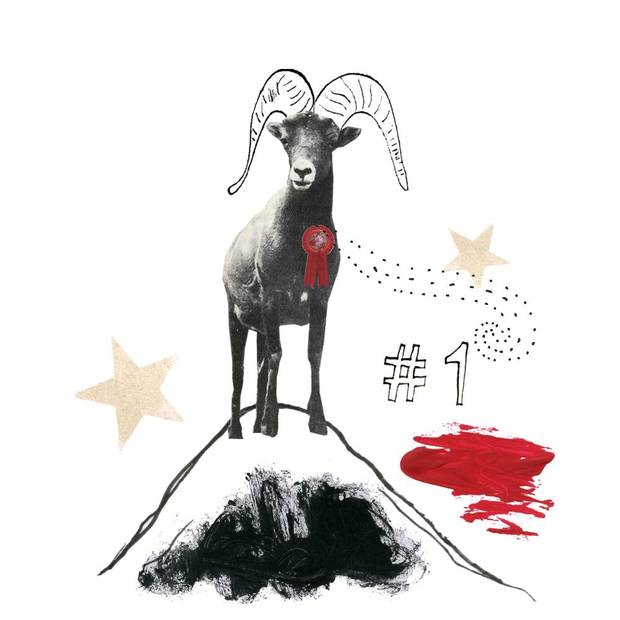 Family issues are under excellent stars throughout 2014, but when Jupiter is at odds with power planet Pluto in January, you will need to make sure no one gets too big for their boots. A family is also a team and if one person thinks they deserve to be a taller poppy than everyone else you will cut them down to size with your acerbic wit. A solar eclipse and a fine sun-Venus combination toward the end of October could mean you come into money linked with investments, property or inheritance. Don’t lose sight of the fact that it’s love, not love of money, that makes the world go around. 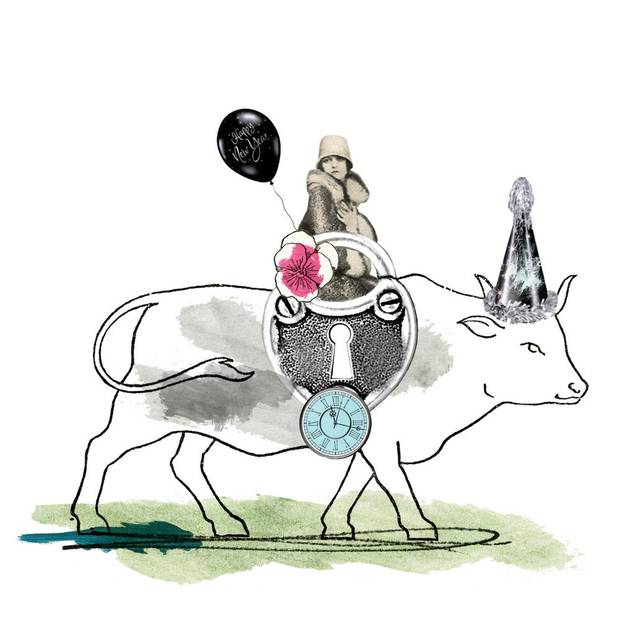 The solar eclipse in your sign at the end of April will rouse you to action – you will suddenly realize that a third of the year is over already. You have so many plans jockeying for position in your mind, all of them with the potential to change your life for the better, but you can’t do it all, so choose the one aim that motivates you the most and put your heart and soul into it for the rest of the year. By the time Venus links with Saturn in mid-November you will have established yourself as an authority, and be well on the way to your first million! 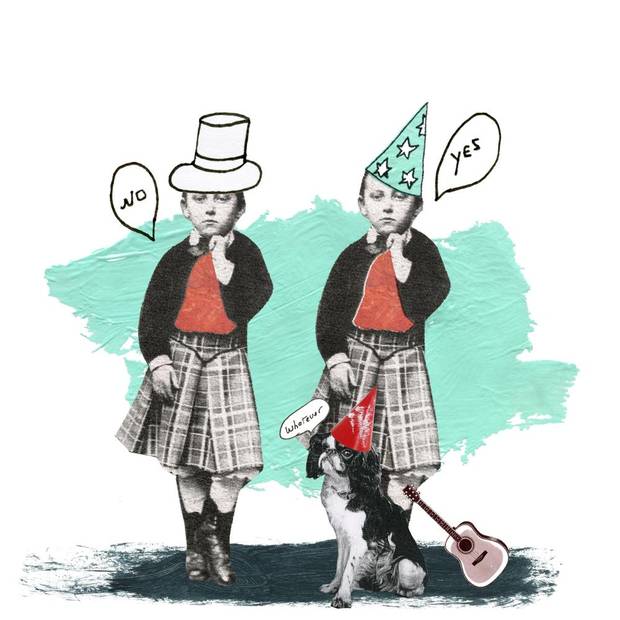 Pluto in the wealth area of your chart continues to transform your attitude to what you own and what you earn, and the period from April to September, when Pluto moves retrograde, will see you cut even deeper into those elements of your life you no longer think of as relevant to who you are. This may seem perfectly natural to you but to others, and especially to those you love, your ruthlessness could be a bit scary. Remind them, ideally before Mercury, your ruler, turns retrograde on June 7, that you are doing it for their benefit, too. People mean more than possessions. 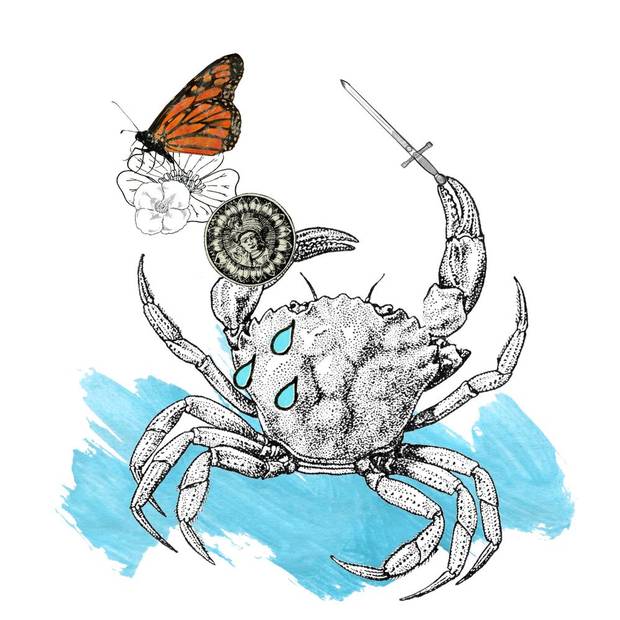 The good news is that Jupiter, planet of good fortune, remains in your sign until mid-July, so your mood will be positive and you will attract events that bring a smile to your face – and extra cash to your chequing account. The even better news is that the solar eclipse at the end of April and October will encourage you to be more adventurous and creative. Are you the kind of Cancerian who worries about how others see you? Then get over it because the celestial omens indicate you will be at your best when you are being outrageous. That’s a come-on you cannot refuse! 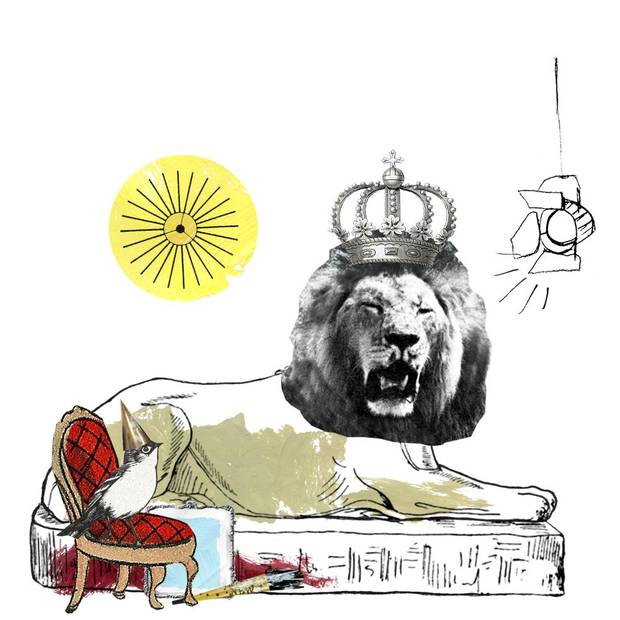 The full moon in your sign on Feb. 14 – Valentine’s Day – is a cosmic invitation to open up and let more love into your life. Even if you are in a long-term relationship there are ways you can spice things up and feel young again. Use your imagination. The only month you need to be wary of is July, when the sun challenges Pluto, Uranus and Mars in quick succession. Upheavals are likely both at home and at work, but, on the plus side, you do need to cut back on activities that eat up too much of your time. Focus only on what truly matters. 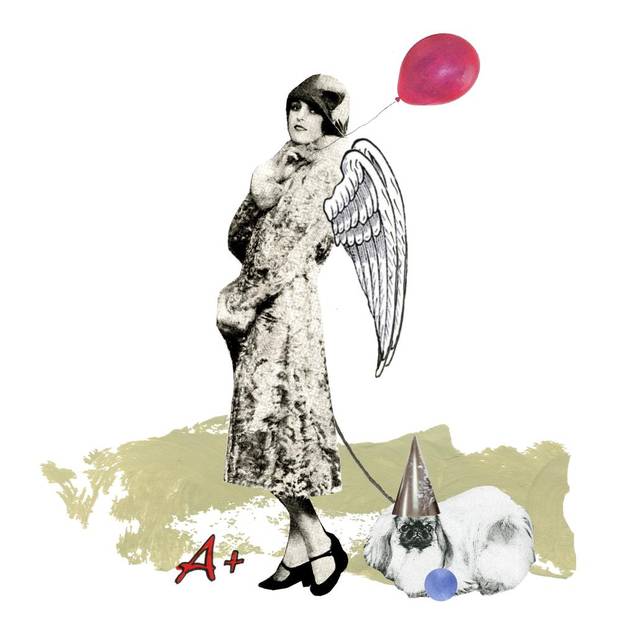 The first two months of 2014 may be a bit low-key, but things will pick up noticeably from March 6 when Jupiter moves in your favour again and good things start coming at you from unexpected directions. But don’t go mad and splash out on luxuries you don’t need around the time of the lunar eclipse in mid-April or you may find yourself having to sell them at a hefty loss later in the year just to make ends meet. Pluto will encourage you to express yourself creatively toward the end of September and those talented Virgo hands could well create a masterpiece. 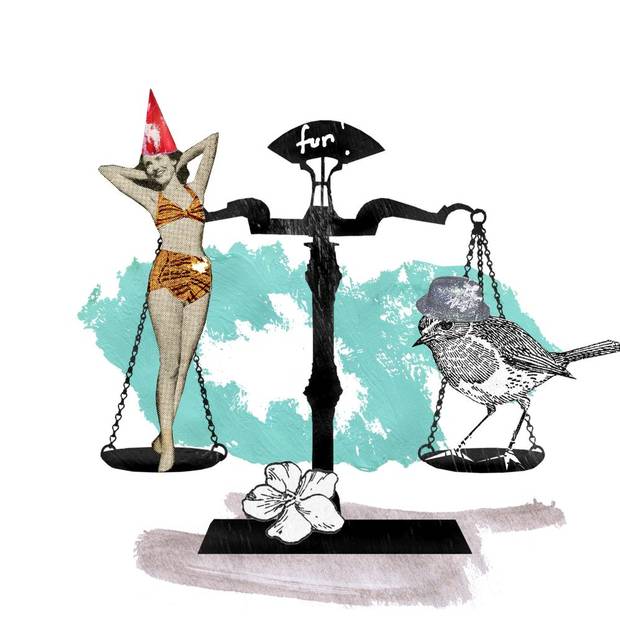 With fiery Mars in your sign until late July, the first half of the year will be a riot of activity. Whether or not you accomplish anything meaningful or get anywhere worth going remains to be seen, but it will certainly feel as if you have crammed six years of effort into six months of time. But then something unexpected will happen on or around Aug. 9, when changes planet Uranus links with the sun, and you will take off in a completely new direction. More importantly you will start to move at a more sedate pace, which, if nothing else, will give you time to catch your breath. 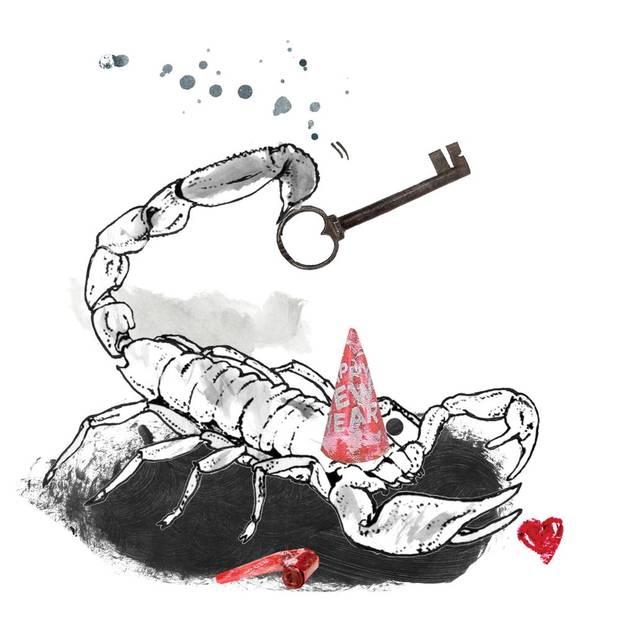 It’s time to get serious about your relationships. When love planet Venus links to the sun and Saturn in the first half of January, you will know without a shadow of a doubt that you will only be happy in 2014 if you let certain people get closer to you emotionally. It won’t be easy – Scorpios fear emotional pain and can at times seem cold – but there comes a time when you must open up and that time is now. Come the solar eclipse in your opposite sign of Taurus on April 29, your life will be full of love and laughter, more so than you ever thought possible. 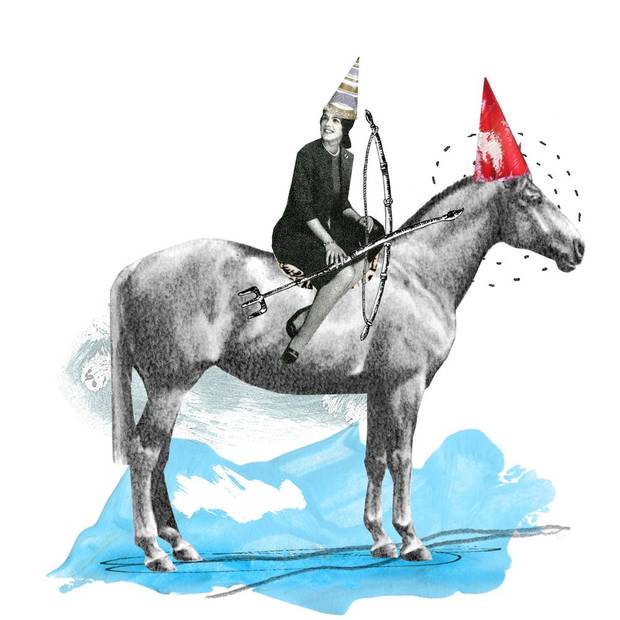 Saturn may be moving through the area of your chart that brings doubts by the bucket load, but that does not mean you can’t have fun. On the contrary, Mars in Libra until late July will make it easy for you to hit the town with friends and you’ll be even more outrageous than you usually are. Sooner or later though, most likely when Mars and Saturn join forces toward the end of August, you will have to confront your fears and then blast your way past them. Looking back, you will wonder why you worried so much about things of so little consequence. Life’s funny like that. 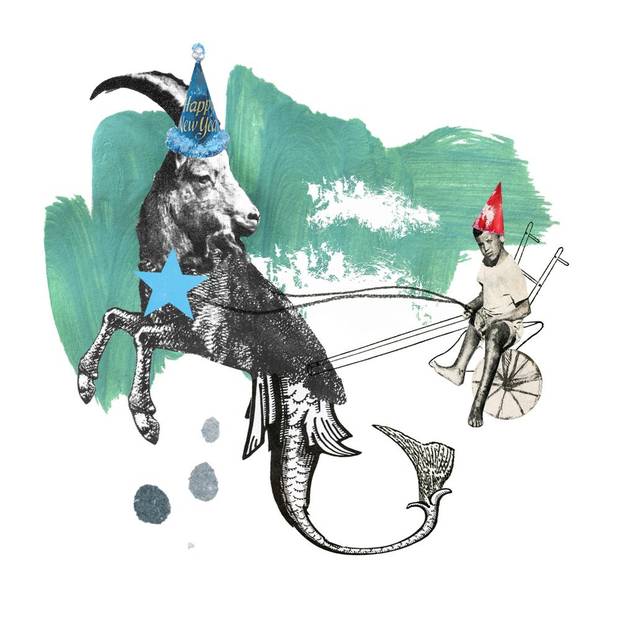 You will shake things up both at home and at work over the next 12 months. Mars, planet of ambition, will inspire you to throw out the old and let in the new – which for someone as conservative by nature as you is quite a change! From mid-February, when Mars links with the sun, to early August, when Uranus, planet of upheaval, gets in on the act, a day won’t go past without you trying something new. It’s not all work and no play, though. Someone you meet through social media when love planet Venus is strong toward the end of October will get your heart beating faster. 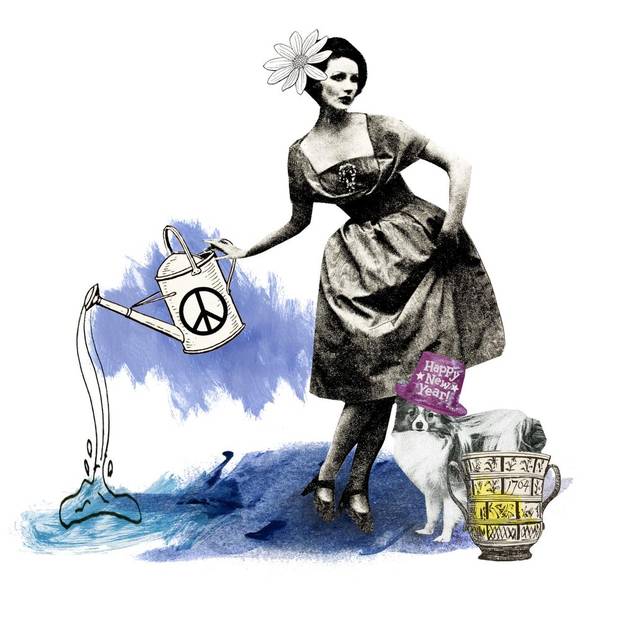 The coming year could be and should be extra special, but to make it happen you first need to identify what your central aim is going to be. If you scatter your energy in all directions you will make only limited progress, and if there is one thing an Aquarius truly hates it is being held back in any way. Fortunately, the sun-Pluto union on New Year’s Day will encourage you to be ruthless with your ideas, your time management and, when necessary, with other people. Can you change the world for the better? You can, but you need a well-defined target if you are to act effectively. 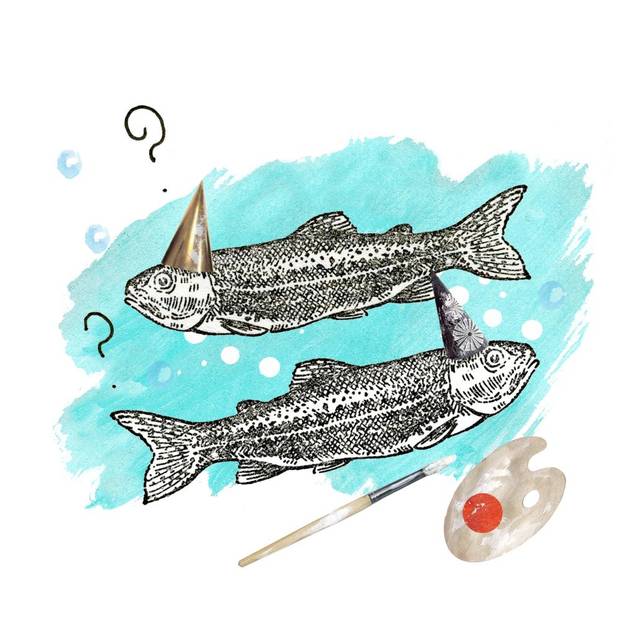 Jupiter, planet of growth and optimism, moves in your favour early in March, releasing a flood of artistic feelings and creative ideas you really must do something with. A project you put off for some reason in 2013 should be taken up again and seen through to completion – not only will you enjoy it immensely, but you could make some serious money. Be careful what you sign up for in November though as Mars, Saturn and Pluto could encourage you to overextend yourself physically and maybe professionally, too. Only do what makes you feel good about yourself and the world.