When the snow flies, most Canadians want to head to warmer climes, but a fading dollar is making southern vacations more expensive this year. Why not stay in Canada this winter and embrace the season instead?

Need some good reasons to stay in the snow? Here are 10 of them.

British Columbia is famous for some of the best skiing in Canada and that would be reason enough to visit during the winter, but there's another event that is a lot less known. It's the Brackendale Eagle Festival that is held each January to coincide with the arrival of bald eagles that come by the thousand to feast on spawning salmon. In 1994, a record 3,769 eagles were counted on a single day. The best way to see the eagles is on a rafting tour that takes you down the Squamish River, where the birds feast. brackendaleartgallery.com/Festival.html

The schedule for Silver Skate, Edmonton's winter extravaganza, is filled with a riot of activities that will keep any outdoor enthusiast happy, if only for the appearance of ice castles at the festival. This isn't your traditional ice castle made from carved blocks of ice, but is a fantastic, acre-sized creation made with LED-studded icicles that mimic organic formations found in nature like those on frozen waterfalls or in ice caves. It's the first time one has been built outside of the United States and if the photos from their Instagram account are to be believed, it will be spectacular. http://exploreedmonton.com/festivals-and-events/Silver-Skate-Festival

Winter in the Prairies can be bleak at times, but Saskatoon's Wintershines helps bring some sunshine into the season with a series of fun events. There's an international ice-carving competition and a snow park for families, but the highlight might be the soup cook-off. Saskatoon has one of Canada's most interesting, up-and-coming food scenes and local chefs go head to head in this competition to make the best soup. Anyone and everyone is invited to taste the soups, which every Canadian knows is the perfect food for a cold winter day. potashcorpwintershines.ca

If you live in a city that has the nickname of Winterpeg, then you know a thing or two about cold weather. It might also be why Winnipeg knows how to have fun in the winter. The city's long-standing Festival du Voyageur is already a signature winter event, but a new happening that is getting Winnipeggers excited is RAW: almond. It's a pop-up restaurant that operates for just three weeks on the ice of the frozen Red and Assiniboine Rivers at The Forks. As an added bonus, you can skate off your meal along a seven-kilometre river trail, claimed to be the world's longest. It also happens to be maintained by a Zamboni that is fittingly fuelled by recycled cooking oil.www.raw-almond.com

Rural 19th-century life is faithfully recreated in the Victorian-era community of Upper Canada Village near Morrisburg, a tiny dot along the 401 between Kingston and the Quebec border, but over the Christmas holidays the anachronism of more than a million electric Christmas lights illuminate the village's buildings in a festive display that has to be seen to be believed. Visitors can enjoy sleigh rides, holiday feasts, shopping for artisanal gifts and all the trappings of what they imagine the perfect Christmas would have been like before shopping malls and urban sprawl came along to ruin everything. www.uppercanadavillage.com

Black Tiger Sex Machine, DJ Mini and Sleepy Tom are just a few of the many local and international DJs performing at Montreal's midwinter electronic music festival. What sets this event apart from other music festivals is that it is performed outdoors at night in the dead of winter in a city that can get awfully cold. The motivation is you get to dance the night away in your craziest snow gear with other party-goers in a cool venue that features the stunning skyline of Montreal as a backdrop. If you've never heard of any of the artists headlining the event, you're probably too old to go, but you should tell your kids about it. igloofest.ca

What can be more Canadian than taking in the World Pond Hockey Championship? For the past 15 years, teams from wherever hockey is played have been coming to compete in this outdoor shinny tournament that has spawned imitators across Canada. Last year, more than 120 teams descended on the tiny town of Plaster Rock for this event. It's too late to register a team for this year's championship, but spectators are always welcome to watch the fun. worldpondhockey.ca

The beaches are empty and Anne of Green Gables takes the season off when winter comes to Canada's smallest province. Since tourists are few and far between this time of year, islanders can enjoy themselves at family events such as Charlottetown's Jack Frost Festival. It's a weekend of fun that features indoor performances for kids and outdoor sliding and skating activities in the Snow Kingdom, a cool venue decorated with giant ice dragons and dinosaurs. jackfrostfestival.com

When Nova Scotia was settled by the French, one of the first things they did was plant grape vines. To this day, the province's Annapolis Royal Valley region remains one of the country's most productive wine-growing regions. Once the cold weather comes and the last grapes freeze on the vine, the valley's wineries use them to create ice wine, a sweet, concentrated dessert wine that is only found in the few grape-growing parts of the world that are cold enough to produce it. The region's wineries invite the public over two weekends to taste their ice wine creations and forget about winter for a while. winesofnovascotia.ca/events/icewine-festival

Imagine if a sled-dog race such as the Yukon Quest or the Iditarod was held with snowmobiles and you have an idea of what's Cain's Quest is all about. It's a 3,500-kilometre endurance race that takes riders to every corner of Labrador to compete for a $100,000 prize. There's a shorter, 1,200-kilometre non-competitive race through the interior of Labrador for slightly less crazy amateurs who want to get a taste of what riding in true wilderness is like. cainsquest.com

Ten snowbird spots that are both cool and cold
December 4, 2015 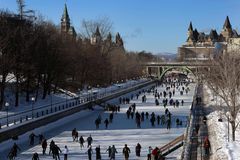 Mount 7: Bike, ski and fly all in one day on Golden, B.C.’s one-stop-adventure rock
July 6, 2015
Lines, crowds and delays: How to survive travelling through Canadian airports this holiday season
November 23, 2015 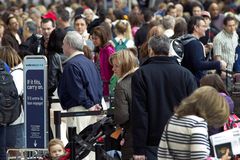