Grandpa controlled the television remote, and that meant forced viewing of the football game. No one got enough sleep in the strange beds, the turkey stuffing was never as good as mom's, and there was always one uncle who would snap at the kids for being too loud.

Toss in the endless stack of dishes she spent hours washing, as the eldest child, and you'll know why Peggy Knaak says staying home for the occasional Christmas was one of the best presents of her childhood.

"I watched my parents bust their butts to try to make everybody happy over the years," with limited success, she recalls. "I didn't want to see that happen to my family."

So, when she got married, the ground rules were set and relayed to both sets of parents: Barring special circumstances they wouldn't be at travelling at Christmas, and don't expect regular invites for the 25th. "We aren't trying to be mean, but basically we aren't going to stress ourselves out over it," says Ms. Knaak, a stay-at-home mom of two in Kamloops, B.C. "I have a friend who didn't even decorate for Christmas this year, because they are going to be running around [to family]for so long. To me, that's so sad."

But abandoning long-standing holiday traditions is a delicate endeavour, fraught with family conflict at a time when tensions already run high.

It's a Canadian rite of Christmas passage to be schlepped to Grandma's in a blizzard. Then there's the tongue-biting, the crazy-relative tolerating, and the on-the-spot explaining of why the cousins get 15 gifts from Santa, while your kids only get one. And it's not just the family visit: What if you don't want to go to midnight mass any more, or would like to trade turkey for ham, or give up presents in favour of donations to charity?

It's enough to kill the spirit for good – or at least lay the groundwork for one doozy of a meltdown on the car ride home.

So at a time when families live farther apart than ever and both parents are working, many Canadians are choosing to pass on the extended-family scramble to stay at home with the kids, slow down the holidays and set their own course for good cheer. That is, if they are brave enough to break it to mom and dad.

"You have to decide what you are willing to do, and deliver it, and not back down," says Catherine Lee, a psychology professor at the University of Ottawa, who often sees the impact of this tension over how to alter Christmas traditions.

It's hard to compromise with your own partner, she says, let alone all the other family members with their own opinions. Don't expect it to be easy.

When her kids were young, Dr. Lee and her husband told their families they had decided to stay home and spend the holidays in their own way. "Were people hurt? Yes. I think it's inevitable that families feel disappointed. But you can't make an omelette without cracking eggs."

The result of that hard conversation was a great Christmas. Freed from expectations, the family spent the entire day in pyjamas, building Lego together. They had so much fun, she says, they ordered pizza – and skipped the time spent fussing over a big turkey dinner. "You really have a very narrow window when it is so magical with the kids," she says.

That's the magic that Susan Quinn realized her family was missing about three years ago. On the slippery route home from one particularly hectic Christmas, after driving for hours between Peterborough and Orillia, Ont., to get both sets of families covered, the Toronto mother of two decided she'd had enough. As important as their extended family was to them, she was weary of jamming the Santa gifts into garbage bags in the trunk. Or racing between grandparents on Christmas Day – only to feel, on the way home, that she had not enjoyed any quality time. Most of all, Ms. Quinn, managing partner of X-Design Inc., wanted the focus to return to time with her children. "It was just too chaotic," she says.

Now the family has friends for fondue on Christmas Eve, and they spend the next day lounging in pyjamas, opening presents and watching movies – a time for a busy family to relax together without schedules and homework. "It's the one day of the year when we all hang out together," she says. "It was absolutely the right decision. I wished we had done it sooner."

And in the end, everyone compromised: Holiday visits with both sides of the family take place in the weeks before and after Christmas, so they travel at less stressful times.

"The basic family principle is that honesty always works best," says Dr. Lee, "and we can't read minds." She's known some families who broke the news, only to find out that their elderly parents were grateful for a quiet holiday themselves. But even so, she says, it's a good conversation to rehearse in advance, so you know what you want to say. Broach the change you want to make early, before people start making assumptions about holiday schedules. And she suggests going in with a plan –finding alternative times to spend together, or perhaps Skyping on the day. (And you don't need to point out to your parents that you'll be skipping church – if you won't be at their place Christmas Eve.) But Dr. Lee's key suggestions are to avoid critiquing previous holidays, and to sell new traditions by making them all about the kids. "If we focus on the needs of our children then it is easier for people to take it."

Ms. Knaak and her husband, Joshua, have bent the no-travel rule occasionally – when Mr. Knaak's grandfather was failing, they made the three-hour drive from Calgary to Edmonton for a few years. But even then, they went home Christmas Eve. "That was a bit nuts, but my husband totally humoured me so we had our Christmas Day as a family."

Now, Ms. Knaak, says, she has time to decorate her house, and even plans an activity advent calendar for her family – while her friends make their travel plans. On the 25th, her family goes skating or sledding. "It's hard to continue to have those old-fashioned expectations," she says. Her advice: Focus on family time, and fashion some new ones of your own. 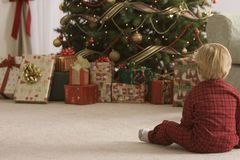 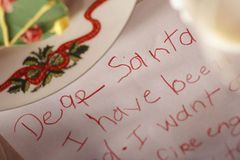