I am going to my brother's tomorrow for Christmas dinner. He sometimes refers to me as "the literati," calling me up from his 905 suburban neighbourhood to ask, with a telephonic smirk, "So what's the literati doing tonight?" A friend says I should have some fake and fabulous answer ready, like "drinks with Salman Rushdie," but I never do.

Just after divisive right-wing candidate Rob "Stop the Gravy Train" Ford was elected mayor of Toronto, my brother arrived for dinner in my pinko downtown neighbourhood and said "I thought nobody around here supported Rob Ford." When I agreed that was so, he said, mischievously, "Look on your front lawn." My brother had personally erected a large Ford for Mayor sign, "autographed" by the man himself: "Thanks Judith, for all your help, your friend Rob."

Despite all this - no, in truth, because of it - I am looking forward to being with my brother's family tomorrow. He is funnier than I will ever be, and we will most certainly laugh, eat great food and enjoy a moment of bonhomie. (That's what the literati call geniality, brother.) Tell me, when did it become not only fashionable but de rigueur to view family as hostile terrain? When did we definitively throw over not just the fantasy, but the ideal of a Norman Rockwell Christmas - family members gathered cozily around the hearth, glasses raised in a warm toast?

Instead we now treat holiday get-togethers as our own personal Hurt Locker. Don the biohazard suits! Will the bomb go off in the kitchen, or after dessert?

Way back in the 20th century, conservative social critic Christopher Lasch referred to the family as "a haven in a heartless world." But now, many, many therapy sessions - and multiple seasons of Jerry Springer - later, we have turned the family, nuclear and extended, into the heartless world. Your mother doesn't "validate" your divorce. Your sister pretends her kids aren't as messed up as yours. Your father keeps asking you what it is that you do for a living. Disappointment and conflict is a given - and true comfort and happiness in the bosom of family is viewed as such a pathetic myth we feel foolish for even wanting it to be so.

I'm not saying that family conflict doesn't exist - it does in every family, including mine. I'm just saying that the fixed idea that all families are toxic and each holiday get-together is sheer torture is as tedious and tendentious as trying to pretend it's all heartwarming and magical.

In that spirit, as an antidote to all those "survive your family" guides for the holidays - don't talk about this, be wary about that, make sure you're well defended, be alert for sabotage - I hereby offer, in no particular order, as many reasons as I can come up with for why we should all relish our own family celebration.

My brother ruined my plans for a Grinchy Christmas
December 23, 2010 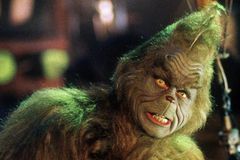 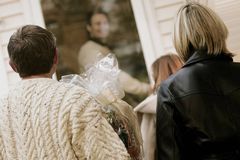 I hit the road and left Dad alone at Christmas
December 23, 2010 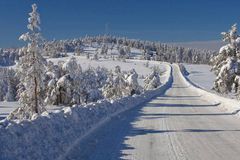