A Canadian holiday tradition for more than 100 years is coming to an end this year – no, Virginia, the little ones won't be lining up to see Santa Claus at the famed Toronto Eaton Centre.

Since just after the turn of the century, Eaton's flagship store in the city's downtown has been the hot spot for kids to meet Santa and give him their Christmas wish lists.

But changing times and fortunes, including those of the Eaton family who no longer own the shopping centre, mean Santa won't have such prime real estate this year.

Instead of lining up to meet the jolly old man, children will instead be asked to sign up with the Eaton Centre to attend a weekend story time session and get a photo on Santa's knee if they choose.

Santa is also now cool with cyberspace, so parents can register their kids for a 10-minute Skype session with him, also arranged through the shopping centre.

Both are free, says marketing director Meredith Vlitas, who decided to shake things up this year and look for more innovative ways to showcase St. Nick.

The traditional lineup waiting for a chance to sit on Santa's knee could sometimes last up to three hours or longer, said Ms. Vlitas. The Eaton Centre wanted to create a new experience that would be more fun for both parents and kids, she said.

"You can't be all things to all people," said Ms. Vlitas, who believes the new ideas should please busy parents.

At the story time events, parents can relax in a lounge while the kids meet Santa, and they can take their own photos instead of having to purchase a professional package. There's room for up to 100 children at each Saturday and Sunday morning event.

The evening Skype sessions can be done from home at the family's convenience, she said.

"It's not just for children in the [Greater Toronto Area]but it gives children all across Canada the opportunity to have a one-on-one session with Santa through Skype."

The break with tradition is not sitting well with some parents.

"I think it's sad," said Heather Austin, whose plans to take her 20-month-old daughter Emily to see Santa at the Eaton Centre were dashed Wednesday.

"I think a big mall like the Eaton Centre has to have a real Santa," said Austin, a resident of Summerside, PEI., in Toronto for a short family trip.

Jennifer Jasey said she and her son, Zidane, who is nearly two, will have to find another place to visit St. Nick.

"The fact that a kid can't get on a Santa's lap, have him put his arm around him, hear his real voice, cuddle up to him and have the whole experience is a real shame," she said.

The story of Santa at the Eaton Centre is closely related to the story of the Eaton family itself. The popular retailer began as a Toronto dry goods store and haberdashery in 1869 before expanding to mail-order catalogues and eventually opening Eaton's department stores across Canada.

The flagship store got a makeover in the late 1970s when the Toronto Eaton Centre was built at Yonge and Dundas Streets. But Eaton's went out of business in 1999 and the downtown shopping centre is now owned by Cadillac Fairview.

Eaton's sponsored Toronto's Santa Claus Parade from 1905 until 1982, when the department store dropped it due to rising costs.

A group of businesses stepped in to save the parade by sponsoring floats, a practice that continues today as thousands of people line the parade route for a chance to see Santa.

Parents anxious to have their kids line up the old-fashioned way to sit on Santa's knee this Christmas will have other options besides the Eaton Centre.

The Bay, a mere snowball throw away, will have its Santa available to see children on weekends.

"Of course we do," Bay spokeswoman Grace Vitelli said Wednesday when asked if they had an in-store Santa for the kids.

In Toronto's east end, the Scarborough Town Centre says Santa is very much a part of their Christmas.

"He is here seven days a week," Bonnie Taylor, marketing co-ordinator for the mall, said Wednesday.

Sorry kids, Santa says you can't have everything
November 29, 2011 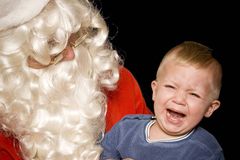 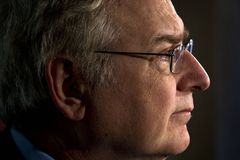 Second round of cost-saving proposals targets Christmas gifts for needy, BIAs
July 12, 2011
Follow us on Twitter @globeandmail Opens in a new window
Report an error
Due to technical reasons, we have temporarily removed commenting from our articles. We hope to have this fixed soon. Thank you for your patience. If you are looking to give feedback on our new site, please send it along to feedback@globeandmail.com. If you want to write a letter to the editor, please forward to letters@globeandmail.com.
Comments