Here, in no particular order, is The Globe and Mail's annual Globe 100 best books of the year.

The Guardians, by Andrew Pyper

Don't Be Afraid, by Steven Hayward

By Love Possessed, by Lorna Goodison

And Also Sharks, by Jessica Westhead

Into the Heart of the Country, by Pauline Holdstock

The Free World, by David Bezmozgis

Every Time We Say Goodbye, by Jamie Zeppa

Our Daily Bread, by Lauren B. Davis

Alone in the Classroom, by Elizabeth Hay

Dogs at the Perimeter, by Madeleine Thien

The Thirteen, by Susie Moloney

The Meagre Tarmac, by Clark Blaise

The Sisters Brothers, by Patrick deWitt

A World Elsewhere, by Wayne Johnston

The Cat's Table, by Michael Ondaatje

The Perfect Order of Things, by David Gilmour

The Antagonist, by Lynn Coady

A Good Man, by Guy Vanderhaeghe

The Little Shadows, by Marina Endicott

The Time We All Went Marching, by Arley McNeney

The Empty Family, by Colm Tóibín

The Cardboard Valise, by Ben Katchor

The Uncoupling, by Meg Wolitzer

Witches on the Road Tonight, by Sheri Holman

The Tragedy of Arthur, by Arthur Phillips

The Forgotten Waltz, by Anne Enright

Before I Go to Sleep, by S.J. Watson

A Dance with Dragons, by George R.R. Martin

Disaster was My God: A Novel of the Outlaw Life of Arthur Rimbaud, by Bruce Duffy

The Magician King, by Lev Grossman

The Grief of Others, by Leah Hager Cohen

The Night Circus, by Erin Morgenstern

The Emperor of Lies, by Steve Sem-Sandberg

The Great Leader: A Faux Mystery, by Jim Harrison, Anansi

The Stranger's Child, by Alan Hollinghurst

Ragnarok: The End of the Gods, by A.S. Byatt

The Memory Palace, by Mira Bartók

Moonwalking with Einstein: The Art and Science of Remembering Everything, by Joshua Foer

Day of Honey: A Memoir of Food, Love, and War, by Annia Ciezadlo

The Information: A History, a Theory, a Flood, by James Gleick

Here on Earth: A Natural History of the Planet, by Tim Flannery

One Hundred Names for Love: A Stroke, a Marriage, and the Language of Healing, by Diane Ackerman

The Immortalization Commission: Science and the Strange Quest to Cheat Death, by John Gray

Paying for It, by Chester Brown

The Last Act: Pierre Trudeau, the Gang of Eight, and the Fight for Canada, by Ron Graham

The Origins of Political Order: From Prehuman Times to the French Revolution, by Francis Fukuyama

The Chimps of Fauna Sanctuary: A Canadian Story of Resilience and Recovery, by Andrew Westoll

Say Her Name, by Francisco Goldman

In the Garden of Beasts: Love, Terror, and an American Family in Hitler's Berlin, by Erik Larson

The Psychopath Test: A Journey Through the Madness Industry, by Jon Ronson

Incognito: The Secret Lives of the Brain, by David Eagleman

Something Fierce: Memoirs of a Revolutionary Daughter, by Carmen Aguirre

Phoenix: The Life of Norman Bethune, by Roderick and Sharon Stewart

Born Liars: Why We Can't Live Without Deceit, by Ian Leslie

The Invention of Murder: How the Victorians Revelled in Death and Detection and Created Modern Crime, by Judith Flanders

The Beautiful and the Damned: A Portrait of the New India, by Siddhartha Deb

Taking My Life, by Jane Rule

Empire of the Beetle: How Human Folly and a Tiny Bug are Killing North America's Great Forests, by Andrew Nikiforuk

The Swerve: How the World Became Modern, by Stephen Greenblatt

Winter: Five Windows on the Season – the CBC Massey Lectures, by Adam Gopnik

MetaMaus: A Look Inside a Modern Classic, Maus, by Art Spiegelman

Boomerang: Travels in the New Third World, by Michael Lewis

Why Not?: Fifteen Reasons to Live, by Ray Robertson

The Measure of a Man: The Story of a Father, a Son and a Suit, by JJ Lee

The End: The Defiance and Destruction of Hitler's Germany, 1944-1945, by Ian Kershaw

Rin Tin Tin: The Life and the Legend, by Susan Orlean

DarkMarket: Cyberthieves, Cybercops and You, by Misha Glenny

When the Gods Changed: The Death of Liberal Canada, by Peter C. Newman 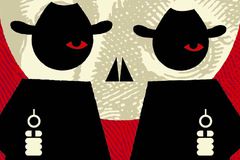 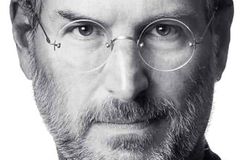 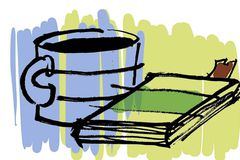