All the nurses and doctors in the hospital when I was born were relaxed and happy and having a good time, since it was Christmas Day. At least, that's the story my father has always told me. I've always had a festive image of that snowy evening in 1976: green and silver tinsel hanging in the hallways, paper bells on the doors, the nurses and doctors drinking eggnog and eating gingerbread and smiling. Only now do I wonder if my father's perception was distorted by the birth of his first child. The nurses and doctors could not have been relaxed and happy. They must have been annoyed. They were working on Christmas!

A person gives his or her date of birth at least once a month (calling the bank to replace a lost debit card; calling the telephone company to hold off the creditors; stomping into a government office to repeat one's failed road test). Most of the people one deals with say, "Oh! You're a Christmas baby! You must get ripped off when it comes to presents, right?" Their eyes light up.

It's a hard question to answer. The honest answer is, "I'm a Jew, I don't celebrate Christmas," but saying this always seems chastising, and the person who asked then feels embarrassed (as they should) and I feel embarrassed that this is my accidental role in the world: reminding everyone that Jews exist. The times I say, gruffly, "I don't know. I'm Jewish," they usually say, "Oh, I'm sorry!" But this always sounds to me not like, "I'm sorry I assumed you were Christian," but rather, "I'm sorry that you're Jewish."

Given all this, I usually reply simply, "Yeah, it's awful. I get ripped off every year."

I sometimes wonder what it must be like for Christians to have their birthday on Christmas. I imagine they get one present for their birthday and one present for Christmas. Why would anyone rip them off? Who would do that? I bet people only infrequently rip off Christian Christmas babies. It's more likely that people who work at call desks and in government offices wonder this because their experience of the world is one of getting ripped off; of encountering the world's petty, collective cheapness; a world that cuts corners wherever it can.

Over all, being born on Christmas has been a good thing. Everyone remembers my birthday. And as a kid, I knew I was born on a very special day. While Christians had to share their Christmas with everybody, and Jews got nothing, I got the best of both worlds: It being my birthday, I shared it with no one. But there was tinsel and quiet and happiness on that day. Of course, I never got to experience bringing in cupcakes to class, as other children did on their birthdays. Nor was anyone ever around for my birthday; I always had to have the party on some other day. Several times, my parents and I tried to go out for dinner. But there were not many choices: I remember celebrating one birthday rather pathetically at a diner, Fran's.

Seven years ago, I decided: To hell with it. I would have my birthday party on my day. Since then, I think it has become a nice gathering for Jews, and for people who hate their families, or who have no family. I'm grateful that I can provide those who have nothing to do on that special, hyped-up day with somewhere to go and something to eat and people to meet.

For much of my life, I loved those "Who was born on the same day as you?" conversations. I would smile, confidently, as they pulled out their Mick Jaggers and Bill Clintons and Marilyn Monroes. Then, after all their cards had been laid, I would casually throw down my royal flush: Jesus.

As I got older, and the people around me knew more, they began bringing up the same good point: that while it could be proved through hospital records that Marilyn Monroe was born on June 1 (like the speaker), Dec. 25 was not really Jesus's birthday; it was just a made-up day.

And so one more pleasure from my life was gone.

Being a Jew born on Christmas, one is called upon to wonder, "Am I the next Messiah?" Somehow, being a Jew born on Christmas makes it hard to separate one's self from one's birthday. A person's birth date is as inseparable as his of her name. Some people do feel their name is not quite right, but does anyone feel this about their birthday? Does anyone feel like they really should have been born on May 9, not March 17? Many people have changed their name, but has anyone changed their birthday?

When you are born on Christmas, it becomes part of your identity. You're not just a baby, you're a Christmas baby. And you're a Christmas baby for your whole entire life. Everyone remarks on it. Everyone seems excited for you. People want to know how you handle your special fate. Their curiosity (or maybe they're just being polite?) does make you feel like you have a special fate. Though when I think about it now, it's no different from the "special fate" of anyone who is born with a distinguishing feature: a birthmark on their face, an unusual name, parents from a country no one knows.

The "special fate" comes down to this: You will have to talk about this thing forever. There's a corner of the world that you're responsible for; you're the explainer of something you did not choose. Maybe all your special fate requires of you is that you explain it well. What would it mean to do a good job of explaining well what it's like to be a Jew born on Christmas? I think this story captures it:

Once around the Christmas season, in my mid-20s, I came home to listen to my voice-mail messages (this was 10 years ago; most people did not have cellphones). One of the messages I received scared me: It was an obscene phone call; a man whose voice I did not recognize saying perverted things. It was the third time this had happened. I lived alone in an apartment and was worried. After consulting my boyfriend, I decided to call the police to report it. The cop on the other end took down all the facts, then all my information. "Please spell your name. What's your full address? Date of birth, please."

"Oh, you're a Christmas baby! I bet you get jewed every year!"

This instantly broke the spell of my anxiety. I burst out laughing. I had called the police to report an obscene phone call, and got a racial slur. "Never mind," I said, and hung up.

At some point, whatever is unique about you has only one effect: to bring you into contact with a small angle on the world that other people don't see. Transcendence comes when, instead of the repetitive drudgery of being the explainer, for a moment you are the sole audience for a good, dark joke.

Sheila Heti is the author of five books, including the illustrated book for children We Need a Horse , and The Chairs are Where The People Go , with Misha Glouberman, which was recently chosen by The New Yorker as one of its best non-fiction books of 2011.

Bah Humbug to all of you Christmas deniers
December 17, 2011 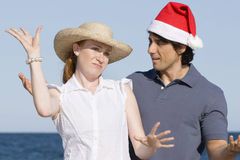 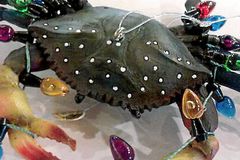 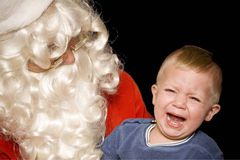