This year’s Toys “R” Us Canada holiday catalogue turns seasonal shopping into a tech game. Created in collaboration with Snapchat, the catalogue is peppered with codes that, when scanned via a smartphone, offer a portal into an interactive, guided store experience. As buyers move through the aisles, toys come to virtual life and even pose for selfies, all before they show up under the tree.

But despite the latest technology being applied to the shopping experience as well as to many toys, there’s still a steady interest in low-fi, no-tech toys and the virtue of simple play. This is evident in both the offerings on toy store shelves, but also far before they appear there – as many toy inventors and designers stay true to basic principles.

“Toys are not really as innocent as they look," designers Charles and Ray Eames once declared. "Toys and games are the preludes to serious ideas.” They meant that while play can offer an interactive form of learning, play – not pedagogy – should be the end in itself. Last year, a group including National Geographic, the Lego Foundation and Unilever, formed the Real Play Coalition to counteract the erosion of play – which they characterize as a “play emergency.” Their initial 2018 Value of Play Report findings suggest that play is undervalued and playtime is decreasing worldwide: Children now start traditional academic learning as early as in preschool around the world, according to the report.

And with technology permeating every facet of life (take Amazon’s recent launch of it first Kindle Kids Edition, a gadget that may encroach even on the sacred bedtime story hour), reinforcing the importance of early childhood discovery feels especially crucial now. “I think what happened with technology is that it’s accelerating at a rate that we weren’t anticipating,” Ellis says. “And I think that’s caused, with a certain part of the population, a real desire to look at what makes us human. To go back to those ideas.”

Play was an important facet, for example, of the ethos and curriculum of Germany’s Bauhaus art school, which counts colourful basic toys among its enduring design output. But although public interest in design for children began as early as 1900, it wasn’t until the mid-20th century that designers first began to consider children’s products as a valuable market, according to Lora Appleton, a designer and founder of Studiokinder, a design studio that creates functional and elegant objects and furniture for children.

In the 1950s, the North American and European toy industries explored new materials and methods of manufacturing, and given the uncertainty about the future at the time (thanks to Cold War paranoia) focused priorities on curiosity, learning and education, according to Amy Ogata’s book Designing the Creative Child. The same themes run through contemporary toy design. Today’s Magna-Tiles colourful three-dimensional magnetic building set pieces, for example, could be mistaken for a miniature version of the Toy by Ray and Charles Eames, a set of squares, triangles and dowels that encourages building and engages spatial understanding.

In the half century since, despite another set of dramatic advances in technology for the modelling, prototyping and production of toys, and the arrival of the internet, many designers are still focused on basic and imaginary play, as well as opportunities for narrative contexts and storytelling. “There’s certain things about a relationship that a child has with a toy that will always be really true to the core,” Ellis says. “That relationship is intimate, it’s pure, and really the driving factors in the design of good toys.”

Open-ended toys with stimulation, interactivity and modularity encourage goal-free creativity play and give space for children to experience moments of discovery. “That’s what is going to give them the capability later in life,” Ellis says, “to make the decisions that will make them responsible contributing members to the human race and maintain their ability to think for themselves.”

Take, for example, Moluk’s award-winning Bilibo, a hard-sculpted turtle shell-like curved object with two holes. It’s as versatile as a child’s own imagination – a spinning top, a seat, a bath. Bilibo is the perfect example of a toy whose simplicity of form cuts across language and cultural references.

“Play enables us to be compassionate, to be curious, to have a sense of purpose, to be willing to take risks, to be generous, to be a team player – those are the things that you want your child to get from the product you give them,” Ellis says. “It’s important that we don’t give up our own ability to think. To want to be individual. To problem-solve.” Even as we go forward with evolving technologies, toy companies are also looking very seriously at how to nurture that part of a child, she adds.

“The greatest things a toy has to offer is when it links us back to humanity and when it enhances our own natural human behaviour,” Ellis says. “Not when it asks us to give away those things.” 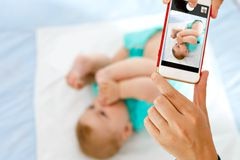 Opinion
How can I encourage my 5-year-old to take responsibility and apologize when he behaves badly?
November 4, 2019 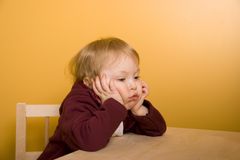 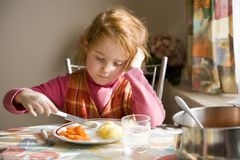