Despite owning a pretty white house on Lake Huron’s shores, my mother never forgave my father for not letting her buy the house down the road: a yellow-brick beauty once rented by beer baron John Labatt in the summer of 1934 when he was kidnapped and held for ransom by a crook named Three Fingered Abe.

As my mother’s daughter, I understood early that old houses told stories and that a craving to possess both the bricks and mortar and their history ran in my blood. At six, I started making dollhouses from shoeboxes and decorating them with giftwrap wallpaper. By 12, I’d already dogeared pages in my copy of Terence Conran’s The House Book.

In service of this passion, I’ve moved a lot, testing out life in modern condos (not old at all) and 1950s bungalows (not old enough), but always returning to the same conclusion. Ten years ago, I bought a circa-1890 semi-detached house in Toronto’s east end. I fell for its original bones and had great fun fixing it up.

But a few years ago, the siren call of Nova Scotia was growing louder as I contemplated my future. It is a province I’d spent time in as a grad student. And not only did Nova Scotia have quaint fishing villages and beaches galore, it is full of Very Old Houses.

Historic East Coast houses are quite different from the ones my mom and I used to admire on road trips through Southwestern Ontario. On previous visits to Halifax and Dartmouth, I’d swooned over cuties covered in shingles (the one time that’s a good prognosis) and others with sticky-outy windows (not quite bays or dormers but something altogether new). I’d smiled at the sorbet paint shades and boxed-in doorways with rows of curved windows surrounded by elaborate trim. “I could see myself here,” I thought on more than one occasion.

In 2019, I started surfing real estate sites and plotting my move in earnest. When I decided to go for it early last year, COVID-19 was still a far-away headline. As the pandemic hit closer to home, it crystalized how and where I wanted to live. I sold my house, packed my car and headed east.

I’m one of many urbanites who have decamped for smaller cities, towns and countryside across Canada. According to Statistics Canada, Toronto and Montreal experienced record-high population losses in the past year. That’s not news to me. I’ve lost count of how many social-media messages I’ve received – from strangers, even – asking, “so what’s Halifax like?” I’m lucky that a few good friends and former neighbours moved here several months after me. Another friend is arriving this month to try it out for a year. Scrolling through Instagram recently, I noticed that a former colleague sold her city house and bought a Gothic brick home on rolling Ontario farmland.

With these moves, many of us are rethinking what our ideal home looks and feels like. Living in Nova Scotia has meant taking my love of old houses to the next level and learning a new design vernacular, a challenge I’ve embraced with gusto. Those “sticky-outy windows” are actually Lunenburg bumps, an enlarged dormer that overhangs the dwelling’s front door. The style was popular in the late 19th century and you can’t walk the streets of the historic oceanfront town without stopping to admire the many interpretations.

I also picked up the term “eyebrow dormers,” which look exactly as they sound: rounded half-windows that peek up from a roof. I won’t pretend to know the origin of the name “jerkinhead roof,” but I now know they’re the ones where the peak of the gable has been clipped, so it looks flat. The boxed-in doorways, it turns out, are storm porches, designed to provide shelter from wild weather, but far more charming than their practical name suggests. I make a hobby of driving around and taking pictures of them and noting the colour combinations, planning for my someday house.

Finding that home is still a work in progress. My first entrée into real estate was an off-market offer on a house previously listed then cancelled. My friend, a born-and-bred Nova Scotian, informed me the object of my desire was a “biscuit box,” a delightfully buttery-sounding style I’d never heard of until I tried to buy one. Not to be confused with a saltbox, which has a dramatic roof slope down to a single storey at the back, biscuit boxes have flat fronts and roofs with a gentle peak, according to Heritage Newfoundland & Labrador. As I waited to learn my fate, I immediately set to sketching out a small storm porch addition and beefed-up window trim. Alas, the owners decided it wasn’t the right time to sell.

A few weeks later, I bounced back with an offer on an ornate Victorian with upstairs-downstairs bay windows and filigreed trim around the porch. Goo-goo eyed at the high ceilings and original plaster moldings, I began plotting where I’d put my Christmas tree and how I’d apply for a heritage restoration grant. Bad news struck again. In a suddenly scorching market, my bid wasn’t the winning one.

The next day, I visited a new condo building out of sheer frustration, tempted by the volume and availability of the units. An affordable, spacious two-bedroom with a view of the harbour and the Macdonald suspension bridge caught my eye. On autopilot, I started to arrange my furniture and hang my art until something in my gut twisted and tightened. No. I’m an Old House Person.

My current flirtation is with a centre-hall plan colonial, though my eye has also wandered to yet another biscuit box that could use some TLC. Until I and my old house find each other, I’m content to walk the neighbourhoods near my Dartmouth rental, yearning for shingles, bumps, eyebrows and, if I’m really lucky, a storm porch. It’s meant to be. I can just feel it.

Why some people are choosing country life over the city
Subscriber content
May 22, 2020 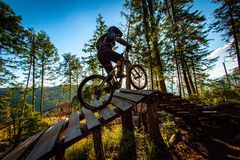 Many Canadians are leaving cities for smaller settings, but the idyllic life isn’t always a smooth transition
Subscriber content
May 4, 2021 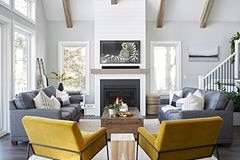